Yes, Even Pockets Are Political 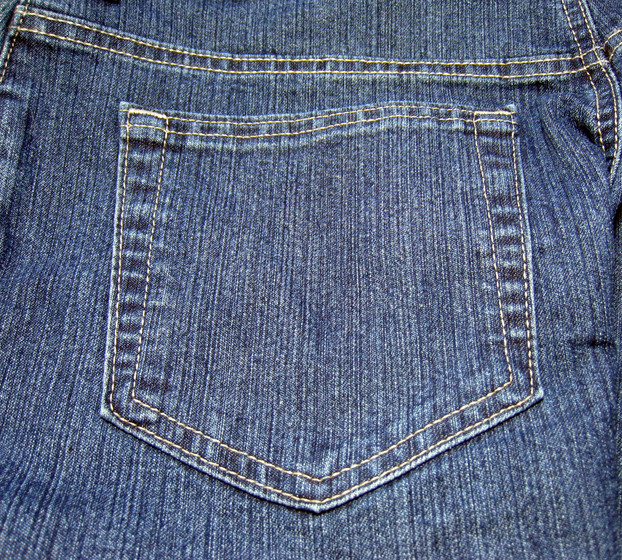 I saw posted on Facebook a video decrying “pocket inequality” between men and women.  You can see it here.  I never knew that pockets were an issue for women much less a political one.  The video speaks in dark tones about some kind of conspiracy to keep women down via inadequate pockets.  It seems, it’s all a matter of gender politics and sexism, this being one of the main concerns of the Left.

Let’s take a brief look and see if this theory stands up. I will use the words of the video itself to show that this doesn’t really hold water.  At one time no one had pockets.  Everyone carried their stuff in small pouches under their clothes.  Then men’s clothes began incorporating pockets into the clothes themselves.  Women were left out of this trend (likely because the dresses were large enough they did not need to so incorporate them).  The video boldly states “When slimmer, tighter dresses became fashionable in the 19thcentury, women were forced to ditch the old pouches under their clothes, and since they were still denied pockets, the had to carry purses instead”.

Notice the language “forced to ditch the old pouches” and “still denied pockets”.  This implies some dark intent on the part of clothing manufacturers.  This conspiracy is belied by the video’s acknowledgement that there were changes in fashion trends.  Women wanted a sleeker thinner silhouette and the tradeoff was no pockets.  There was a time in the first half of the 20thcentury when pockets came into vogue but by the post-WWII era  pockets were out of fashion again  (think Mary Tyler Moore in her capris on the Dick Van Dyke Show).  From everything that I can gather all of these changes were a reflection of the changing tastes of women themselves and this is confirmed in the video itself.

That these are fashion driven, not a result of some conspiracy is reinforced by all of the other changes in female fashion: hemlines rising and falling; shoulders getting poofy and then smaller again; and hairstyles all over the place.  To reduce all market driven changes to a result of some sociological oppression is to strip women of their ability to make decisions for themselves and to treat them as children or imbeciles.  That is truly insulting.  Just because the market produces outcomes you don’t like does not mean that it is the result of anything other than the choices of consumers. I face this all the time as witnessed by the fact that Sister Wives is still on the air, ARGGH.  But treating consumers as moldable lumps of clay, unable to make the “correct” choices one of the main ideas of those antagonistic to the market. Of course they are not unable to make correct choices, just other people.

The Left continually harps on the idea that businesses are preternaturally greedy.  I think that needlessly pejorative but alright, they certainly want to make a profit.  They do that by catering to the demands of the consumer.  If, in the tradeoffs that life presents, women consumers want pockets then they will get them.  Indeed a cursory search populated my screen with many choices for clothes with pockets. A more balanced view of the market for women’s clothes can be found here.  If you want androgynous clothes you can find a website devoted to that idea here.   Here is what this site thinks this might look like: 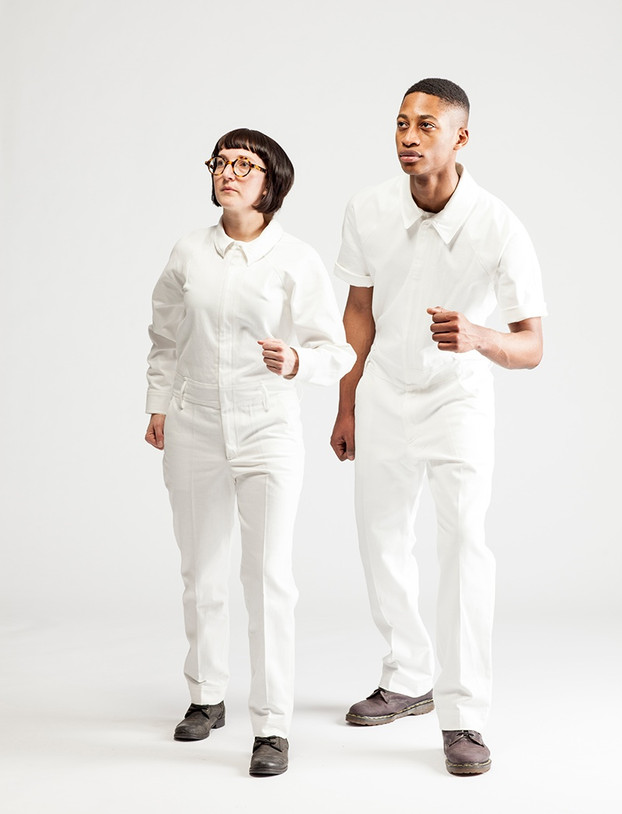 If this is your thing, then by all means go for it.  Just don’t be surprised if the market does not follow along.  Equality is, as the market has repeatedly shown, not so desired a thing as celebrating the differences between genders and individuals.

None of this is to ignore the clear ways in which sexism has permeated our society; women’s inability to vote, own property, work certain professions, becoming the accused in sexual violence cases and a myriad of other legal restrictions of their rights. Also real, is the many ways women put up with sexist and demeaning behavior from men.  The way to deal with the legal restrictions women have faced is to remove those de jure restrictions and to limit the ability of anyone to control them via the government, which we have mostly done in the West. In fact the only just way to liberate anyone is to reduce the scope of government in society. It is not coincidence that the market became ever more responsive to female consumer demands as  legal restrictions were lifted and governmental power was limited.  Governmental power never liberates, it only privileges some at the expense of others.

The way to deal with de facto sexism, boorish behavior etc. is through social ostracism and the free functioning of the market.  Let the ignorant go under because they will not hire women, let us turn our back on those who practice misogyny.  This is the only avenue open to a peaceful, civilized people.  Trying to solve the problems of sexism by turning more power over to the very institution that has done so much to perpetuate it makes no sense whatsoever.

Now I know we are only talking about pockets here.  However, the impulse behind the politicization of pockets is a damaging one. Let’s see how this can be so when we turn to a more serious topic: the gender earnings gap.  That the gap is real cannot be gainsaid.  Leftists will tell you it is a deep conspiracy to keep women in bondage.  Free market supporters will point to the removal of legal restrictions upon women and their right to work in any occupation.  If the Left is correct then they have justification for governmental action (so they claim).  Yet there is a clear body of evidence that this gap is a myth. (See here and here), that the differences in earnings are explainable by the choices actual people make regarding working hours, occupations, and most especially motherhood.

Once again the Left will claim that these choices are molded by society and the women who make them have no real say in the matter but are apparently programmed automatons.  Additionally they will claim that society should shoulder the burden of the choice of motherhood by forcing others to pay for childcare for working mothers, as if this policy doesn’t have its own set of costs and consequences.  It should be apparent that this policy would only privilege some at the expense of everyone else, as governments always do.

The real desire of the Left regarding the earnings gap is to have the government mandate equality of earnings.  In short to socialize the entire labor market and by extension the entire economy. Europe is further along this road than the U.S., so you should note their systemically high unemployment before jumping on this bandwagon.  Or if you want to see what full socialization of an economy looks like, take a peek at Venezuela.

This entire program, however well-intentioned, starts with the notion that voluntary choices that produces outcomes you don’t like are the result of a deep conspiracy and are actionable by governmental control.  It ends with a polarized, politically charged society that  is constantly at each other’s throats.  If pockets are politicized then nothing is off the table and the end result is a morally and fiscally bankrupt nation.  If they win these battles the Left will quickly find that society’s pockets are not so deep after all and growing shallower by the day.