Will the Real St. Patrick Please Stand Up 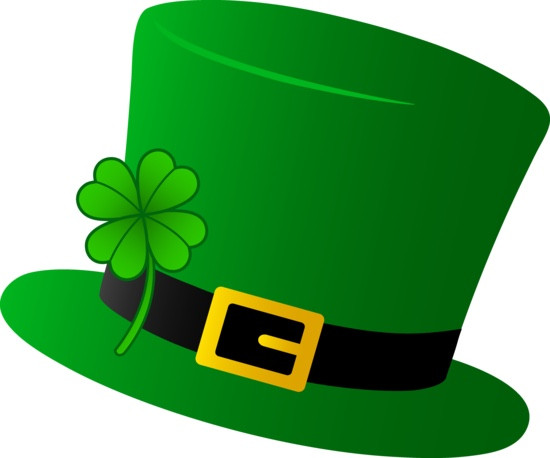 Within the week we will see another Saint Patrick’s Day come and go.  How will you celebrate this event?  Will you march with the local chapter of Hibernians?  Wear a silly green hat?  Drink green beer?  Eat corned beef and cabbage and watch the Quiet Man?  Or will you celebrate it at all?  I wish to share what I consider to be worth celebrating about St. Patrick.

First a little background on who this individual was.  Patrick was born Patricius around 387 or so, which would make him a contemporary of Augustine, just to provide context.  He was a Romanized Briton.  He was most certainly not English, claiming such is a great way to piss off an Irishman! Patrick was brought up in a relatively well-off family that was religiously observant.  Patrick himself, however, was not an active believer. Patrick was enslaved at the age of 16 by Irish pirates and sent to Ireland as a shepherd.  He was mostly alone as a shepherd for 6 years.  It was here that Christ found him.  Patrick later wrote that this time in captivity was critical to his Christian development.  He chose to view this as an opportunity to be forgiven for his sins and to start anew.

He fled his enslavement, walked to a port two hundred miles away and after 3 days of sailing landed back in Britain.  Then came a 28 day walk back to his home and family.  Giving credit to God for his successful escape from captivity, Patrick continued to study the faith and became an ordained priest.  He then felt the call of God to go back to Ireland and spread the Gospel.

His impact upon Ireland was enormous to the point that this outsider is the Patron Saint of that nation and inextricably a part of the Irish identity.  Patrick was the first missionary of the Christian faith to effectively preach outside the Greco-Roman world.  Make no mistake about it, Ireland was far outside that world.  They were a viciously warlike people, often running naked into battle and existing in a seemingly perpetual state of warlord-led violence.

Yet this missionary turned this nation of warmongers into a nation of peace by his proclamation of the gospel. Within two hundred years of Patrick the entire nation was Christian, the only nation to become so completely peacefully.  If there was ever a case of a nation beating its swords into ploughshares, this is it.  More importantly Patrick basically taught the Irish to read.  This would prove to be critical, as I will explain shortly.

All of this would be reason enough to celebrate Patrick’s life and ministry but his teachings were also unique and worth celebration.  Patrick was one of the only early Christians to teach against slavery in terms of the Gospel and is credited with the excommunication of Coroticus, a Britonnic warrior who engaged in slavery.  Patrick also had some enlightened and unusual views of the role of women in the church and in society.  All in all a pretty impressive resume.  Yet that is only the start of this man’s impact.

What followed from Patrick’s impact on Ireland was Ireland’s impact on Western Civilization.  Namely they saved it.  All of this is eloquently told in Patrick Cahill’s wonderful book How the Irish Saved Civilization.

It is critical to understand that with the fall of Rome literacy was in danger throughout Western Europe.  For a people of the Book, reliant upon Scripture, this was a grave threat.  If learning was lost so most likely was the faith itself.  This was especially so in the face of a literate, rising Islam that was moving across North Africa and into Europe.  A Europe with no intellectual backbone was ripe for the pickings to a faith movement on the rise.

In the wake of Patrick’s conversion of Ireland the Irish sent missionaries to Western Europe, mostly to set up centers of learning.  Within 300 years of Patrick’s death there were over 30 learning centers established that developed into university towns that further spread literacy and knowledge of the faith.  Through these missionary efforts the Irish were able to transmit the ancient traditions of the faith to Europe, preventing its complete loss.  In essence this gave Europe its identity back in the nick of time to staunch the rise of Islam and to develop the traditions that we today take for granted.

God’s gift to Patrick was Christ; Christ’s gift to Patrick was the faith; Patrick’s gift to Ireland was the Gospel and Ireland’s gift to the world is the Christian culture we today experience. This story should be a lesson in how easily things could have gone the other way and still can if we do not embrace the faith in a way that spreads the good news and pays forward what we have been given by God the way Patrick did.

So if you celebrate Saint Patrick’s Day with a silly tradition or a little too much indulgence in food and drink, that’s alright, it’s wonderfully human to do so.  I would only ask that as you do so you hoist your beer heavenward and give a wink and a nod to ole Saint Patrick, he just may be one of the key reasons you enjoy the world that you inhabit.