This is dedicated to all those Pastors who have helped me open my mind and heart to those on the margins of society. 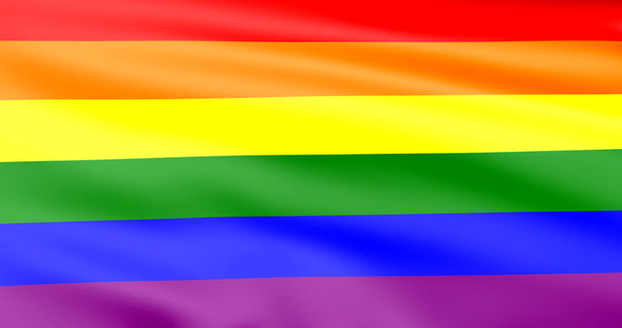 This past weekend a congregation that I am familiar with celebrated joining what is known as the “Reconciling in Christ” movement.  This is a sub group within the Evangelical Lutheran Church in America (ELCA) that seeks to intentionally invite and welcome those of a differing sexual orientation.  I firmly stand with them and congratulate them on this decision by their congregation.

To look at Scripture is to see that we are constantly called to give special care and concern to the Other and the Stanger among us.  Jesus time and again offers comfort and love to those marginalized by society.  Historically there are few groups who have been more maligned and disparaged than those of differing sexual orientations.  That seems clear enough, right?

Well, there are those of a more traditional viewpoint who would differ.  They certainly don’t desire to hate gays and lesbians but they will state that while we should love the sinner we should hate the sin.  They hold that same sex relationships and behavior are in and of themselves wrong, or to use Catholic language, “intrinsically evil”.  The more conservative among us would use several passages in Scripture to back up this claim.  Let’s examine the main texts to see if this position, in fact, stands up.

The first text along these lines is LEV 18:22 “You shall not lie with a male as with a woman; it is an abomination.”  The argument is that this is a part of the Law and therefore must be observed to this day. I don’t think that the proponents of this view really believe this.  In LEV 20:13 the penalty for breaking this taboo is death; nobody seriously wants to enforce that law.  How about Deuteronomy 15:1 “Every seventh year you shall grant a remission of debts” or the land reform demanded every 50 years in Leviticus 25.  These injunctions are a part of the law, why do the fundamentalists not embrace these requirements?

The way out of this trap is to recognize that the Levitical Code is not binding upon the Christian conscience.  The Old Testament applies to us as it reveals Christ.  If a text doesn’t reveal Christ then we either are interpreting it incorrectly or it has been superseded. The New Testament does not throw away the concept of the law but it does reject the applicability of detailed specific rules.  So I am not rejecting the Old Testament as incompatible with the Gospel but just suggesting that we need to better understand how it fits with the New Testament.

What Jesus does pull forth from the Old Testament is the heart of the Mosaic covenant, the decalogue.  These hang upon the two great commandments; love God and love your neighbor. But the New Testament rejects the notion that simply obeying Old Testament rules is sufficient for Kingdom living.  What is normative for Christians is Jesus and his move toward radical forgiveness, radical inclusion and radical love.  He takes the Ten Commandments and adds to them in radical new ways.

So where do the conservatives turn to in the New Testament. First of all to Romans 1:18-32, especially verses 26-27 “For this reason God gave them up to degrading passions. Their women exchanged natural intercourse for unnatural, and in the same way also the men, giving up natural intercourse with women, were consumed with passion for one another. Men committed shameless acts with men and received in their own persons the due penalty for their error”.  Does this settle the issue in favor of the traditional view?  I don’t think so.

Paul argues that when people turn their back on God they take up sinful practices of which same sex behavior is among them.  The logical interpretation of this argument does not claim that all same sex behavior is a result of disobedience but rather that those who disobey may exhibit this disobedience in the form of same sex behavior. Gay and lesbian individuals may misuse their sexuality in sinful ways, the same as hetero people.  The claim I am making is that Paul is not condemning all same sex relationships only those who engage in this as a result of sin.

Next up is 1COR 6:9-10 “Do you not know that wrongdoers will not inherit the kingdom of God? Do not be deceived! Fornicators, idolaters, adulterers, male prostitutes, sodomites, thieves, the greedy, drunkards, revilers, robbers—none of these will inherit the kingdom of God.”  Paul here is talking about male prostitutes and the use of young boys for the sexual pleasure of a dominant male.  This is about pederasty not a loving, reciprocal relationship.  There was no word then for homosexual as some translations have it, because there was no notion of such an orientation.  This is about abusive power relationships which Paul rightly condemns.

Similarly 1 TIM 1:8-11 “Now we know that the law is good, if one uses it legitimately. This means understanding that the law is laid down not for the innocent but for the lawless and disobedient, for the godless and sinful, for the unholy and profane, for those who kill their father or mother, for murderers, fornicators, sodomites, slave-traders, liars, perjurers, and whatever else is contrary to the sound teaching that conforms to the glorious gospel of the blessed God, which he entrusted to me.” This uses the same language as in 1 COR. The target is again, power relationships and the use of another in a non-loving, abusive manner.

These passages say nothing about what we understand as a same sex orientation.  Nor do they condemn mutually loving, respectful relationships that affirm each other as children of God.  There is in fact scant weight to any of the standard “proof texts” offered to condemn same-sex relationships.

So where in Scripture does it give us sanction to accept same-sex relationships?  The list is too long to be contained in this post. The New Testament is not a codex of legalistic rules.  It is concerned primarily with relationships among us and God and among us and our neighbor. As applied to sexual behavior the key question is: Is that behavior impeding our obedience to God and separating us from God or not?  First among this is love of our neighbor, failure of which is clearly sinful.  Are we following Jesus in showing special care and concern for the outsider among us?  Time and again we see Jesus directing His concern(and ours) to the outcast and the marginalized.  More than that He calls us to actively identify with those on the margins.  So in a real, spiritual sense, if we are to be in full relationship with Christ on this issue, we must recognize that we’re all gay now!

If there is no Scriptural admonition against same-sex orientation and relationships and we are called to love and welcome those who are outcast, and further to actively identify with these outcasts, then our response should be clear.  We should not just welcome those who are outcast, we should actively invite them to join us, as the Reconciling in Christ movement is doing.  It is really just a question of posture.  We can be either a church of open arms or a church of bared teeth.  I know in my heart which stance Jesus would have us take as I cannot help but notice when I look upon the Cross, that He died with His arms wide open.  It must necessarily be the posture of His followers that we open our hearts, minds, arms and doors to all those whom society rejects.