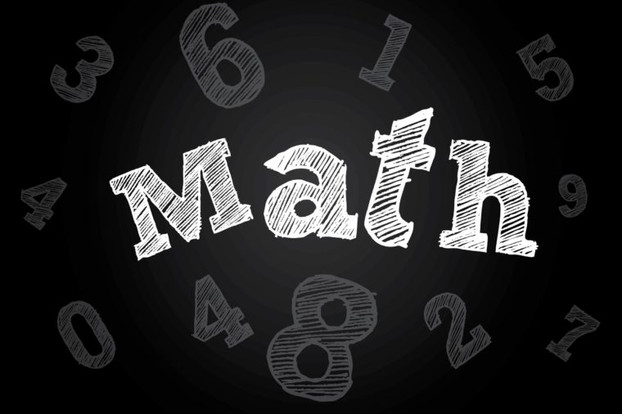 Another election season almost completed, none too soon for me.  This will be at least the 500th. in a row that is “THE MOST CRITICAL ELECTION IN OUR NATION’S HISTORY”.  Blah blah blah.  If you have already voted, then this piece is to consider for future elections.  If you are old school and go to the polls on election day itself then please consider this advice.  If you don’t vote at all that’s o.k. too.  Don’t listen to those who claim it’s your absolute obligation.  If you have a right to vote, then you have a right not to vote.  There is, in any event, a strong case to be made that only those who don’t vote have the moral authority to complain, as George Carlin so well explained.  As for me while I do vote, I prefer to call it practicing defensive democracy.  I vote against all bond issues, against the retention of any and all judges, and generally in favor of anything that will muck up or slow down the system.  It’s not much I grant you, but it makes me feel better anyway.

Seriously though, if you are considering how to vote then I strongly suggest voting for Math.  Math has all the answers in a clear way that all the other candidates do not.  Both parties fail to measure up to Math.  The Republicans want to cut marginal tax rates, not touch Social Security and Medicare (in spite of what the Democrats say) and significantly increase military spending. Democrats, for their part, want to cut middle class taxes, expand Medicare to the entire population, increase Social Security and lower and/or eliminate college tuition.  What is the response of candidate Math?  “This literally cannot be done.”

Let’s start by looking at current programs. Social Security, based on current promises, is projected to need $13.2 trillion added immediately to cover the next 75 years.  That amounts to an additional $312,408 (2018 dollars) for every person expected to be paying Social Security taxes in 2092.  If that is too far out for you, then consider that by 2034 the trust fund will be depleted, and benefits will be cut to 75% of promised levels.  This is also not the fault of the federal government “looting” the trust fund.  According to the 2018 Annual Report of the Board of Trustees of The Federal Old-Age and Survivors Insurance and Disability Insurance Trust Funds, no money has been taken from the fund.  The federal government is obligated to pay back the money with interest.  It went broke all on its own because of excessive promises and demographic imbalance.  Thus, spake Math.

Medicare is also in terrible shape.  Over the next 75 years its projected deficit is $33.2 trillion.  To right this actuarial imbalance would require, over the next 75 years, an additional amount of funding equal to 49 times total 2016 Medicare spending.  This is just Medicare for the elderly.  When you consider adding the rest of the population you would add 3.2 trillion per year to federal spending. This estimate is by the of supporters of this plan. Even when you consider the elimination of insurance premiums under this plan, most people will be worse off.  Math is decisive on this issue as well.  If current programs are unsustainable, then how can we add to this total?  Adding on massive programs for higher education as well as steadily increased military expenditures is simply insanity.  We cannot do so without accelerating the fiscal destruction of this nation.  Once again only Math speaks the truth.

Now the Republicans will claim that increased growth will solve the fiscal imbalance.  Yet this has never happened and is not happening now.  Even with top line numbers that show increased economic growth the deficit is widening and therefore our fiscal implosion becoming ever nearer.

The Democrats will claim that we can simply increase taxes on millionaires and billionaires to pay for all of this.  Not so fast says Math. Total wealth in the United States is estimated at about $90 trillion.  Let’s assume the statistics are correct and the top 1% owns about 40% of this.  That is about $36 trillion.  If you flat out confiscated this, you would only get about 9 years’ worth of total federal spending, assuming it stays at the current run rate of $4 trillion per year.  This is not enough to bail out either the current imbalances in Social Security or Medicare, much less add on substantial additional programs.  Keep in mind you will only be able to confiscate this one time as no wealth gets generated in an extortionate policy environment.  Bottom line; to raise enough to cover the spending that both parties want you have to dramatically raise marginal tax rates on the middle class because that is where the bulk of the money is.  Math is such a killjoy sometimes.

Of course, we could always just defer taxation in the form of debt, but our past debt is already catching up to us because interest on past borrowing is currently closing in on $500 billion per year, which makes it the fourth largest line item expenditure behind Medicare, Social Security and the military.  Or we could just have Uncle Fed print up more money and cover our spending that way.  This however has a significant cost, both morally and practically as was discussed earlier.  Math just offers no recourse, except the truth.

The truth, if either party was in fact truthful, is that to sustain all our existing programs, not to mention enacting sizable new ones, would require a dramatically higher level of federal taxation to cover the spending.  Math would tell you that every dollar spent is a dollar taxed and it has to come from the productive economy first.  This is the case whether you directly tax, borrow or inflate.  There is always a cost borne by someone for the “benefits” handed out to someone else.  Math will not be denied.

So, if you are going to vote I would suggest voting for Math as she is the only one telling you the truth. To vote for Math is to reject both major parties as the liars and demagogues that they are.  This likely means leaving lots of open spaces on the ballot as well as voting against lots of things and being considered an “obstructionist”.  So be it. As former Representative Howard Buffet (father of Warren) is reputed to have said when faced with the charge of being “obstructionist”; “the constructive thing to tell a child sawing off the legs of a piano is to stop!”  Vote for Math by rejecting both parties as well as politics as acceptable for civilized people.  Hold the Math deniers accountable when you have the opportunity.  Or just go out into the garden and wait for the fiscal end times, it’s really up to you.