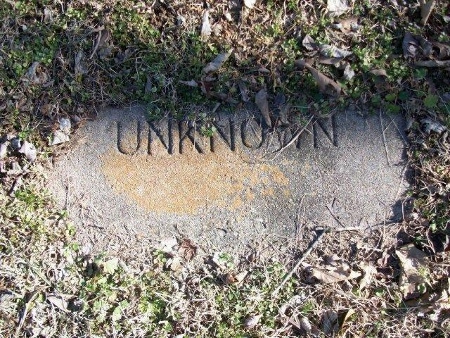 As there are signs that some of the most severe reactions to the Covid-19 pandemic are beginning to be lightened, it is necessary to begin to contemplate the costs of the authoritarian government response. Unlike those I have criticized for claiming certainty where there is none, I will start out by stating plainly that I do not know the costs. No one does. We only know that they will be high. I also make no claim to know who the victims will be with any specificity, only that they will suffer greatly.

First, do not fall for the trap that this is about trading lives for dollars. It would require much more space than I have here to discuss the ethical tradeoffs with such concepts as years of life lost and other such ideas. Suffice it to say that such tradeoffs are the essence of human ethical reasoning and that these are awful choices does not make those who contemplate them monsters. However, we should not fall into this formulation of the question because it is foundationally a question of lives for lives. It is quintessentially human to engage in interpersonal interactions. This includes commerce, not just as a means to sustain us physically (as if there is something untoward about that). It is also about sustaining ourselves emotionally by feeding the deep and profound human need to interact with other live, flesh and blood humans in the course of our lives. To crush the society the way that we have watched the state do, we have witnessed the shredding of the intricate web of human interactions that is a society. We have, frankly, grievously damaged our very humanity.

When we consider this as the ramification of what we have done, we can start to at least contemplate the costs of this policy. It is appropriate at this point to realize that the pandemic was going to inflict a cost regardless of whether there was a government response, or even a government in existence. We were already in the process of social distancing and isolating ourselves and pulling back from normal interactions. This, as I pointed out has a profound cost. That being said, we have greatly compounded this tragedy by the draconian response that we have had imposed upon us (all too willingly I am afraid).

The questions of costs are many and as I said, there are no definitive answers, just questions. How many are going to die of untreated illness because they were unable or prevented from going to see their provider, because it was “nonessential”. How many heart conditions or other ailments will go undetected because of this? How many cancers will occur because patients could not get a colonoscopy because this procedure has been deemed “elective”. How many suicides will occur because of the damage the loss of a job incurs (these two statistics moving in lockstep)? How many heart attacks or strokes will occur for the same reason? How many addicts will fall off the wagon because of the isolation imposed upon them that stripped from them their support community? No one will ever be able to add up these staggering costs.

How many will fall victim to despair and depression because their lives and livelihoods have been destroyed? How many will suffer the human indignation of not being able to provide for themselves and their families, not because of lack of desire but because they are no longer allowed to? How many will have stripped from them the dignity of doing honest human work? None of this is about the almighty dollar it is about simple human dignity.

There are longer term costs as well that will manifest themselves in damaged and shortened lives. This will result from the guaranteed damage to the wealth creation process that will inevitably follow the government response. First, there is the looming threat that the government will continue to intermittently stop and start the economy in an arbitrary fashion. This creates what has been termed by economic historian Robert Higgs as “Regime Uncertainty”. Who of us would put capital on the line if at any time the government can crush your enterprise and destroy your ability to earn a living? This is a recipe for economic and social stagnation.

The even greater damage to the human economy will be from the massive money creation that has occurred in just the last month. The U.S. government has called into creation over $3 TRILLION dollars of made up money. This has increased the debt by 20% at a stroke and will hasten the day of reckoning sure to arrive. During “normal” times a policy of inflation (defined as money creation, not necessarily a general rise in the overall price level) gives rise to the process of capital consumption. This is calamitous because capital is just another name for tools that make us more productive. This allows us to produce more, thus consume more and raise our real standard of living. To consume your capital is akin to eating your seed corn and strips humanity of the ability to create future wealth. Think of some ne’er do well who squanders their inheritance-i.e. the Prodigal Son, only on a societal level. The process is a wonkish one to describe but briefly the rise in the money supply masks from business whether they are really making profits or are in fact squandering their capital. This discourages them from reinvesting to maintain their productive capacity. In fact, in the U.S. the age of manufacturing assets has roughly doubled since 1990.

These, to put it mildly are not normal times. We can see nakedly how the current spasm of money creation will lead to capital consumption. Major chunks of the U.S. economy are forbidden to produce, so the human and physical capital sit idle. Yet the money creation has allowed “demand” (in scare quotes because actual demand comes from actually producing something-see Say’s Law) to continue unabated. With consumption the same and production crushed there is no other alternative but to witness capital consumption.

Wonkish, all this may be, but the results are truly devastating. How many jobs will not be created because we have squandered our societal inheritance? How many opportunities for our children and grandchildren will never come to be because of this? How much of our ability to mitigate things like disease (hello-including Covid-19) or climate change or absolute poverty will be degraded because of this policy?

The sad and damnable truth to all these questions is that we will never know. We know intellectually that the costs are real. We will know anecdotally that people will suffer and die as a result of these polices, but in the aggregate we will never know. We will also never really know who these victims are. They will forever be lost to us and they will remain nameless and faceless and voiceless.

Which brings me to our Christian response. First, demand policies that embrace the golden rule and put trust in the ability that God has given us to voluntarily work together to solve problems like Covid-19. We do not need to give up our human dignity to anyone, no matter the reason. Burning the village down to the ground is no way to save it. Second, focus your attention and prayer on those unnamed, faceless and voiceless victims that we know are and will be out there. This is not to minimize the stories we see of the victims of this pandemic. However, I figure they have the vast majority pulling for them. It has always struck me as a more Gospel response to pull for those whom society forgets. One of the many tasks of the Christian conscience is to give voice to the voiceless. Give those real, yet unnamed and voiceless victims, your voice and demand an end to polices that neither honor nor uplift us as a human community.