Turning the Violent Soul of America 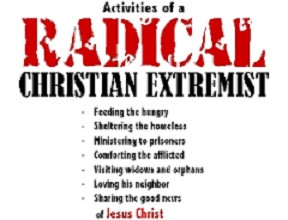 Let’s admit upfront that the U.S. has a violent culture. It is in fact more violent than most nations. This is a nation born of violence that conquered a continent violently, marked by African-American slavery and Native-American genocide.  The U.S. then went on to build an empire based on the systematic, violent oppression of foreign peoples.  The U.S. has been at war for 214 out of the 228 years since the approval of the constitution.  Violence is endemic to the American way of life and justified with obscene notions of Manifest Destiny and all that rot.  The core institution of this violence is, of course, the State.  That’s what government does.

As a part of their statism both Right and Left will use all tragic events to increase the power and scope of the government.  The call is always for more: more control of our personal lives; more invasions of our privacy and more expropriation of our property.  Always the State must be aggrandized and worship given to the claim that our security lies with the government.  The Right does this most notably with foreign terrorist inspired incidents, the Left with domestic terror incidents.  The Right wants to demonize foreigners and outsiders; the Left those who choose to own guns.  Both sides exaggerate the threat to press forward their demands for more power.  This is done although the main driver of violence in the nation is the government itself.  Whether via the drug war, the militarization of the police, the increasing control of our economy as well as U.S. foreign policy the state creates most of the violence that it then seeks more power to control.  It is a never-ending cycle.

Regarding gun control the Left consistently exaggerates the nature of the problem in the U.S. Yes, the U.S. is in fact more violent than many similar nations.  It is not, however, exponentially more violent than the rest of the world.  If we look at nations with similar characteristics, such as history, diversity of population, religion, geography, etc. then the U.S. becomes less of an outlier.  Comparing the U.S. to other countries in the Americas puts the U.S. in the middle to the lower end of the pack.  See here

Is this violence a growing problem?  No, it is not.  Since 1990 the U.S. homicide rate has been cut in half.   Does gun violence correlate with gun ownership?  No, it does not. Pew Research Center estimates there are up to 310 million guns in the U.S., up almost 25% since 1996.  There does appear to be a drop in the percentage of households that own guns but this is contested.  However, the vast increase in the number of guns has not translated into increased homicides.

Is there a correlation between lax gun control laws and gun homicides?  According to Factcheck.org not really.  As they point out “Eight of the 10 states with the highest homicide rates and eight of the 10 states with the lowest homicide rates all got “D” or “F” grades from the Brady Campaign analysis.”  There does appear to be a correlation between lax gun laws and overall gun deaths, which would include suicide. However, correlation is not causation and anyway the U.S. does not have a particularly high suicide rate.  Even among OECD nations the U.S. is about in the middle.

Even the so-called “assault weapons” ban had little impact.  Gun murder rates did drop after the ban was enacted.  Those rates continued to drop after the ban expired.  As this is a class of weapons that does not really exist and the classification has to do with how the weapons look rather than how they perform, the ban’s existence had no real impact.

How about mass shootings?  That depends on how you define them.  Mother Jones magazine (not known to be pro-gun) has a sensible definition: “A single incident in a public place, excluding gang activity, armed robbery or domestic violence, in which 4 or more people are killed.”  Using this definition, it does appear that there is an increase in this sad phenomenon.  The average occurrence of these events over the last ten years has been 4.7 per year.  The last three years have seen about 7, so it appears on the upswing, although a very small percentage of overall gun deaths.

Given all of this what are we to make of the plea by the Left to “do something”.  First, we should be suspicious of their overplaying the scope of the problem.  Second, they rarely offer a solution that would have prevented the most recent tragedy.  Third, all they have tried before has had little, if any, effect.  It becomes clear that the only thing they can really offer is to confiscate ALL the guns.  This would be an extraordinarily bad idea.

I don’t want anyone to own a gun to be used violently but to gather up all the guns and hand them over to THE single most violent organization in our society is insanity.  Are you liberals willing to give all the guns to the Trump Administration?  Seriously?  Additionally, prohibition has not worked for alcohol and drugs, why would we think it would be effective with guns?  The very attempt to pry 300 million guns from the hands of Americans would ignite something close to a civil war.

Liberals such as Jimmy Kimmel want us to do something akin to what we did after 9/11.  What we did after 9/11, in case anyone forgets, is to completely overreact, start two immoral wars, diminish our civil liberties and expend copious amounts of blood and treasure.  The Left’s willingness to use a tragedy to further domestic social control mirrors the Right’s desire to do the same thing after a tragedy.  We should accept neither side’s fearmongering.

What then is the Christian response to all of this?  Most importantly, we need to bring more people to the Cross.  If we do not firmly believe that faith in our Risen Lord is transformative then our faith is worthless.  If the Gospel penetrates our hearts then there is no more hate to satiate with violence.  As is the whole point of this blog, if we believe then we will obey.  We act as we are and we are what we believe.  Bring all that we can into the shadow of the Cross.  There is room for EVERYONE.

If we change our hearts then policy will follow.  We will stand for less government and more cooperation.  We will focus on collaborating on the creation of more prosperity, rather than carving up $4Trillion of federal largesse, which creates the seeds for destructive, potentially violent confrontation.  We will end the drug war and the militarization of our society, we will dismantle the empire and the worship of the military that goes along with it.  We will decentralize power including the provision of security.  We will stand for peace and freedom.  In these ways, we will embrace the example of the One who set aside His glory to put on our humanity and show us what it is to serve one another in love.