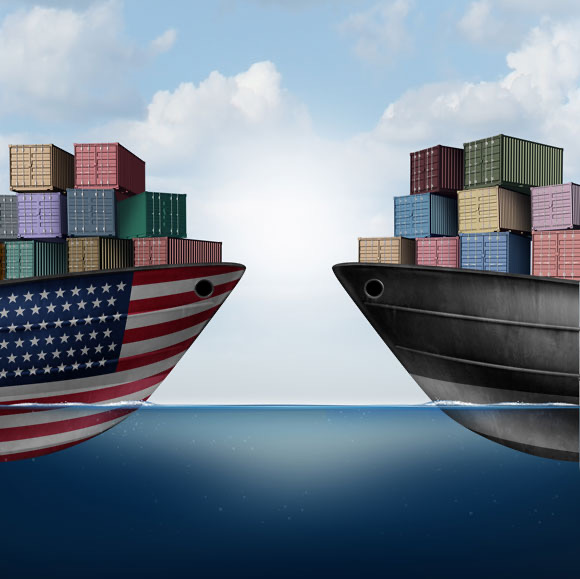 Trade Policy continues to be in the headlines and how this plays out will be of significance to the economy at large. The Trump Administration has made no secret about its desire to restrict trade, particularly with China but also other notable U.S. trading partners. It likely will not matter who is president next January as the U.S. economy will be faced with either the continuing restrictive trade policies of the current administration or a nearly equally restrictive Biden administration.

So, it is likely that these policies of either administration will damage the growth prospects for the economy and thus impact those least able to defend themselves against such a poor policy. In order to see why this is the case, it is necessary to review the case for trade. In fact, the practical case for free trade is unimpeachable All of our skills, competencies and natural resources are spread out all over the Earth. This is why we must trade.

This means in order to achieve the things we want to consume (remember consumption is the point of all economic activity) we must exchange our skills and resources with those of others. Exchange is just the outgrowth of the division of labor which is one of the foundations of economic progress. We all do what we are relatively good at and this makes us more productive and increased productivity is the ONLY way to achieve increased material wealth.

It is literally impossible to conceive of our world without the division of labor. Take a look around whatever room you are in at the moment. Now contemplate making everything in that room absolutely by yourself. The classic essay about this is I Pencil, the story of how no one person knows how to make a #2 lead pencil. This humorous video shows how long it would take to make a sandwich from scratch. This is without even considering making the tools that make the sandwich or making the tools that make the tools, etc. etc. etc. The point of all this is to underline how completely interdependent with each other we are for our very lives. To suggest that we should or even can make everything ourselves consigns most of humanity to abject poverty or death. When we look at this from a macro perspective nothing changes. What is true as individuals is true of regions and nations. Economics, nor God for that matter, care about nations or lines on a map. These are arbitrary manifestations of a fallen world, created by humans. They need not determine how we trade with one another nor is it practically effective to allow them to do so. Only economic science deniers claim otherwise.

The claim these illiterates make is that by raising barriers to international trade we can “protect” certain industries. The claim is usually that these industries are critical to our “national security”. The truth is really that they have politically effective lobbies. The Trump Administration has certainly made this claim in light of the Covid-19 situation. This claim is, however, false. As the great economist Bastiat pointed out this fallacy continues because only the visible effects are considered. It is critical that we look at the unseen. The government can “save” some steel producing jobs if they place a tariff on foreign steel. This is visible and touted by politicians. What no one sees are the jobs lost or not created because steel is now more expensive. Those using steel as an input are now at a disadvantage. This article explains how we lost more jobs due to Bush Administration steel tariffs than even existed in the steel industry. Also, what few consider is the fact that for every additional dollar that the consumer spends on the protected product, the consumer has a dollar that they cannot spend on something else. Resources are scarce, so raising the cost of one resource means fewer resources to spend on other things. This effect will ripple through an economy in all kinds of directions that are not even definable in advance but logically predictable. These are the impacts that a long-term perspective must be aware of.

There will be no net employment gains from such a policy but a net loss. Domestic industry will be producing things they are less efficient in producing, that is they will produce less with more cost. This lowers productivity which means the consumer will be able to buy less with their money. Wages may go up in the protected industry but will go down overall. It changes the structure of domestic production to favor the less efficient which harms everyone overall. All of this occurs without even considering the inevitable retaliation and escalation that will happen.

The other thing trade restrictionists will screech about is that we have a current account imbalance. We are “losing” money they erroneously claim. The theory is that we should export more than we import in order to “win”. This is nonsense. In reality exports must equal imports. Exports pay for imports and vice versa. How can we expect a foreign entity to buy U.S. goods unless they are allowed to sell their goods in the U.S.? By definition there are only two things a foreign exporter can do after selling goods in the U.S. market. Since they are paid in U.S. dollars and cannot spend those dollars in say Beijing, they can either use those dollars to buy U.S. goods to ship back to their country or they can use those dollars to invest in businesses here in the U.S. Either way we win, as the entire economy is made more productive, therefore wealthier and more jobs are available both here and overseas. Briefly, the third thing that can happen is that the foreign entity can exchange their earned dollars for another currency, say Euros or Yen and then the new holders of those dollars have the same two choices as outlined above.

To moan about a current account deficit at the macro level is as ridiculous as moaning about it at your own level. I, for instance have a MASSIVE current account deficit with my local grocery store. I export thousands of dollars there every year and my home is flooded with imports from this store. Oh My!!! This is of course a non-worry for all of us. Our own accounts must balance the same as a nation’s. We pay for our “imports” with our “exports” or borrow the difference (only as long as creditors allow). The entire process makes us wealthier the same as it does for a nation. This is true even if we practice unilateral free trade as this article lays out.