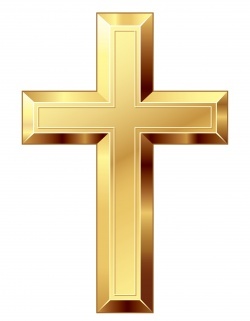 January 1st. marked the third anniversary of the death of my former pastor, Pastor Ken. I wrote about him here. Since three is so important in Scriptural numerology, three years is a good time to reflect on what I learned from the man, and to seek to apply it to this new year. I learned much more than three things from the man, but with space somewhat limited, and again the number 3 so important I will narrow my reflection to the top three things this man taught me.

God Is God and We Are Not

This is the most important thing I have ever learned regarding faith. This is the key to understanding our relationship with God. It was the ignoring of this fundamental reality that caused the Fall in the first place. The Original Sin was not simply one of disobedience, but rather Adam and Eve being tempted by the serpent “that when you eat of it your eyes will be opened, and you will be like God” (Gen 3:5). Most of humanity’s problems since then have revolved around forgetting this crucial truth.

This has all sorts of implications in our personal lives as well as within our faith communities and into the wider society. What I specifically learned from Pastor Ken is that leave God’s business to God. There is a line above which God has not revealed Himself. God in His Dominion is the ultimate unknowable. Do not cross that line and try to know the mind of God or do the business that belongs solely to God. There is, of course, a line below which God has revealed Himself; namely the person of Jesus the Christ. Here is where we are to look for our salvation. Believe in Jesus and trust in the good and gracious word of God. This is what God wants for His children, and that is quite enough for any human to undertake. It instructive that even Jesus did not interfere with the Father’s will, which means we should not even think about it. One of Pastor Ken’s favorite and oft repeated verses was Phil 2:6 “who, though he was in the form of God, did not regard equality with God as something to be exploited,”. The life lesson that Pastor Ken attached to this insight was that we are not human beings in search of some ethereal spirituality, but rather spiritual beings in search of what it is to be fully human. This is the key takeaway: in response to God’s gift, get busy being human and leave God’s business to God. Amen!

Worship God Not the Bible

This is also an insight that is forgotten in too many quarters of the Christian movement. Too many seek to elevate the Bible above the simple truth of Christ as Risen Lord. In the process they turn a sublime work of proclamation into a sterile codex of rules and regulations and in the process turn the Gospel into just another form of the law, rather than the radically new thing God has done through Jesus.

Do not misunderstand. Pastor Ken had a deep and abiding reverence for Scripture. My Wednesday nights for over a decade were spent with Pastor Ken gaining greater insight into what God was telling us by way of the Bible. His insights along these lines guide my thoughts and prayers still. Yet, the key insight that I received from Pastor Ken is that the Bible does not explain the Resurrection. Rather, the Resurrection gives the Bible, and everything else, it’s meaning. Worship Christ as Risen Lord, not the book that proclaims this message. Amen!

There Is No Lutheran Position, Just Many Lutherans with Positions

I would expand this statement to include all Christians, but it stands as a vitally important point. Yes, being involved in society and politics is important and one of the ways we live a fully human life. Yet never are we to assume that there is one Lutheran (or Christian) political stance that we should all cram into. Pastor Ken understood the difference between what was essential (belief in our Risen Lord) and what was merely important. He never, ever conflated the two. I can flatly state that I never learned anything about the man’s politics form the pulpit. I had a sense of those politics from knowing him outside the pulpit, which is fine, as pastors are citizens like the rest of us.

But he knew better than to speak so divisively over topics that reasonable people can and should disagree. He only ever preached the message of the Risen Christ and the saving power of faith. Yes, he talked about how we should orient our lives considering God’s gift of Grace. This always centered on how we treat one another and how this salvation gift changed us as humans. It would and could never devolve into a specific political program that one had to embrace to be a “good Christian”. This has been a consistently applied lesson I learned from the man. I wrote about it here and here.

I have endeavored as a main part of all that I have written to separate the merely important form the absolutely essential, using Kens’ dictum as a guidepost. When I have written about policy from my understanding of the Gospel, it is never attached to something people must believe to be considered one of the faithful. If ever I do cross this line, please someone put a boot in my ass. As time has gone on, I find myself increasingly drawn to the kind of things I learned from Pastor Ken, speaking more and more about the essential truth of salvation by grace through faith. I am coming to see that he was right to focus on this, and as pale an imitation as I am of him, I increasingly seek to do the same.

So, I find that after three years since his death and 9 years since his retirement, this man teaches me still, and for this I am grateful to God. What I most keep in mind in all of this is that it was my wife (who discovered Ken’s ministry) that brought me in from the wilderness and through the door, and it was Pastor Ken that bolted me to the floor. That’s a good thing to remember New Year’s Day or any day. Amen!