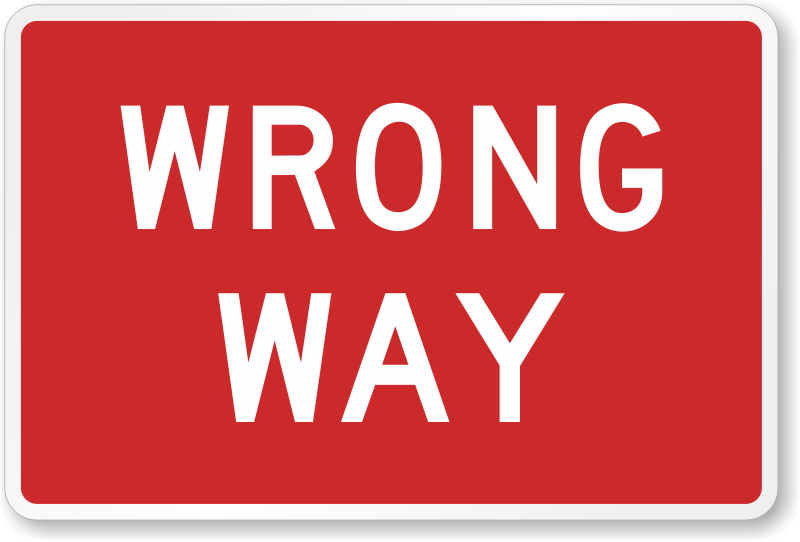 I recently came across a daily devotion from what is obviously a left of center pastor. I know, go figure a mainline Protestant pastor on the liberal side of things-shocking!!! I have no doubt this individual is well intentioned and cares deeply for our Lord. However, it seems based upon the devotion that this pastor like so many has taken a wrong turn into some beliefs that do not stand up. It is not harsh to point out disagreements nor is it ungracious, especially when I am not in any way questioning this individual’s motives.

The Crux of the Problem

The devotion spoke of our “hyper-individualistic culture”, offered a collectivized view of the common good and clearly expressed a preference for a collectivized action to solve our problems. This is a very common viewpoint among many in society. This is especially true among modern clerics, both Protestant and Catholic. The problem is I think that this is almost completely wrong on every count.

First, we do not live in a “hyper-individualistic culture”. There is a fundamental misunderstanding of what individualism means. Most on the left think that it conjures up images of hermits living atomized lives apart from any human interaction. This is a complete falsehood. Those in the Classical/Liberal/Libertarian/Anarcho-Capitalism side of the political spectrum seek above all a consent based society and culture. This necessarily means interaction, and interdependence. Far from being removed from the culture, this mindset revels in it and uplifts all manner of voluntary human interaction.

These folks often respond, yes but our political culture is certainly individualistic. Well, that is certainly not the case today. This nation has never been more collectivized that it is presently. Government at all levels absorbs well over 50% of the national income and the number of regulations coming out of Washington D.C. and the various state capitals is staggering. That is not in any way a “hyper-individualistic culture”.

While early U.S. history saw much less collective action than today, it was never a purely laissez faire nation. As we can see here, here and here, the notion of a purely capitalist economy was always a bit of a myth. The past is littered with interference with the economy on behalf of special interests. High tariffs, “internal improvements” (yesterday’s “infrastructure”) and railroad subsidies, come immediately to mind.

Trust me, I wish it were otherwise. I wish this because this nation prospered as it did because it was as free as it was. I shudder to think of how much further along we could be if the economy had been totally unshackled and the rights of everyone had been truly protected. It seems the left is succumbing to the Horatio Alger myth as much as the right. Both sides are taking a simplistic view; the reality is more nuanced.

Since the left, and increasingly the right have misunderstood what a free and cooperative society is, it should be no surprise that they misunderstand what is the nature of the common good. The common good is not tribal or Manichean, given to easy portrayals of good and evil. The common good cannot be voted upon or determined by a show of hands. Democracy tells us nothing about what are the human rights that must not be transgressed. Right and wrong is not determined by a show of hands. The idea that it is such is what has put us on a path to disunity and potentially violence. Everything is political and controlling the levers of power is the goal and what is understood by advancing the common good.

The problem is, of course, is that one person or tribe’s “common good” is another’s nightmare. It just becomes a power struggle and the proverbial “war of all against all”. The common good, like all else in political and social analysis starts with the individual. You cannot have a crowd until you have one. The individual is the building block of any moral system. We must determine what are legitimate rights that all God’s children possess and go on from there as to how we protect those rights in a social setting. It is clearly not by assuming that everything is up for a vote and that “common good” means whatever majority who has power at any given moment says it is. It is also clearly not a set of positive obligations that may be forced upon another as I discussed here.

In short, the common good is what individuals working cooperatively and consensually determine it to be. It is people coming together voluntarily and nonviolently to solve the problems that confront humanity. Not only does this work on a practical level as can be seen by the difference between more free market societies versus more socialist ones, but we also see that this consensual arrangement produces moral progress as well.

This brings us to the truly Good News (Gospel) that my religious left friends seem to miss. Consensual and cooperative = the Gospel. Jesus offers us an ethic of love, cooperation, and consent. This does not always produce the best choices; no ethic can do that. Jesus recognizes that people will make poor choices, and many will reject a relationship with Him. He offers no force against that, save his unconditional love.

Jesus is to be our guiding light and our Exemplar. That means that we follow His pattern of tolerance and love even toward those who make choices different than ours. This is not a “hyper-individualistic” ethic, this is deep interdependence and cooperation on steroids. Jesus always understood that we can achieve nothing substantial except by respecting, tolerating, and cooperating with others and doing so out of love for one another.

Yes, humanity rightly got our asses tossed out of Eden. However, God did not leave us without recourse. In and on the Earth God gave us everything we need to build a world of unimaginable comfort for an unimaginably wide range of people, if only we lovingly cooperate with one another. Then He sent His Son, Jesus the Christ to show us how to do that by living a fully human life of sacrificial love, which places within us the faith necessary to put us right with the Father, as well as offer us a path to human progress. That’s the message that should resonate across the political spectrum. The message is if we believe, we will obey. Hey…