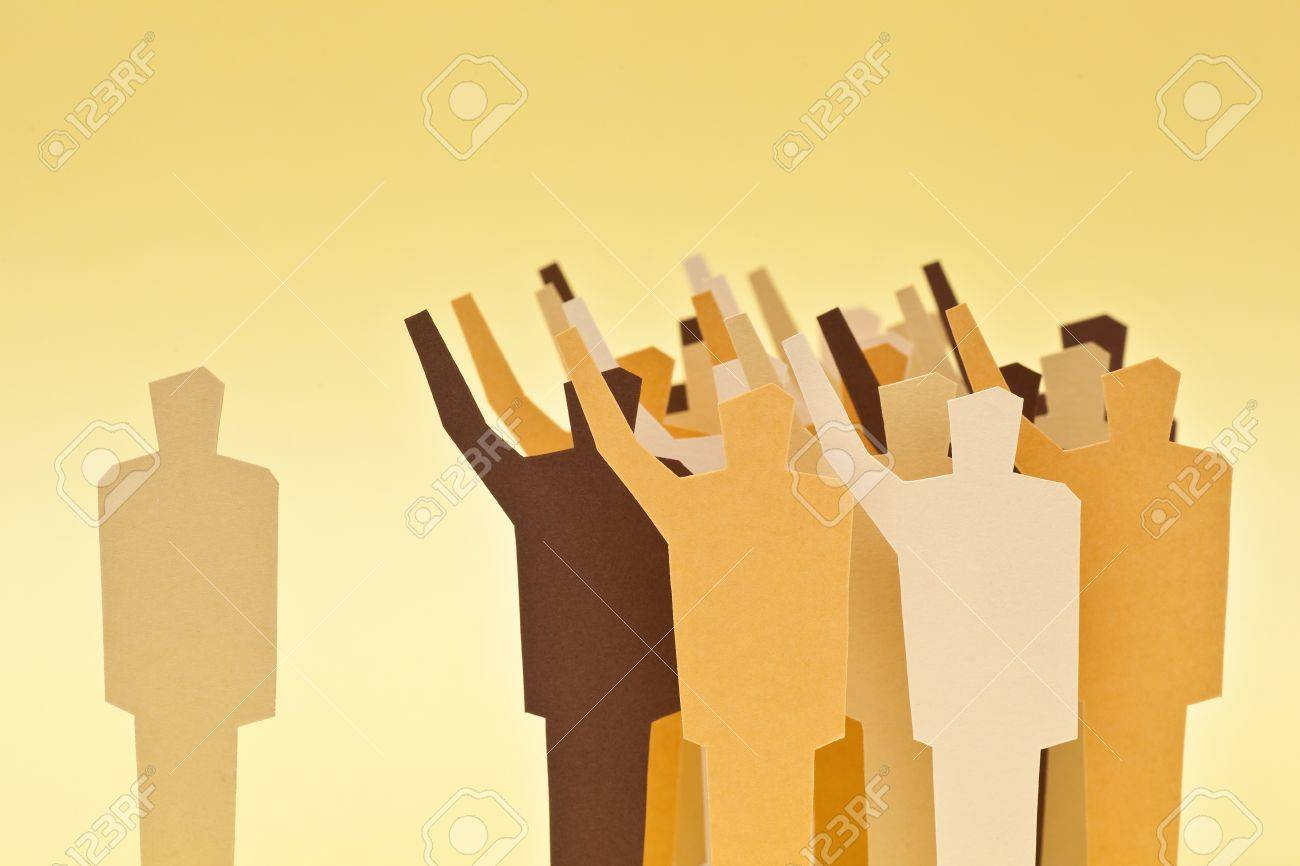 The following is a repost from Holy Week 2019. Sadly, the past year has taught us all the more clearly that the majority is not only useless and needless but positively dangerous. Here from 2019:

So, we have arrived at Holy Week. The final turn toward the Passion, death and Resurrection of our Lord and Savior Jesus Christ. This year I find myself reflecting on majorities; specifically, God’s distinct lack of use for majorities. This is never more clearly seen than in the Biblical narratives surrounding the Passion of Christ, but in fact represents a consistent theme throughout Scripture.

The Old Testament has multiple examples of God rejecting the desires of the majority. Moses was called to repeatedly turn away the majority when they were whining about being hungry and discouraged on their long journey from Egypt to the Promised Land. Moses was again instructed to reject the majority who wanted to worship the golden calf and instead lead them back toward God. Later when God was calling a new king to replace Saul, everyone wanted and expected a strong hulking military type, instead they got the smallish, shepherd David. The experience of most of the Prophets also confirms this regard of God’s for the majority. Those who spoke the true word of God were often at odds with the wishes of the powerful and the majority. They were more often than not imprisoned and killed by the kings for their opposition to where the nation Israel was headed. Meanwhile the house prophets, who told the king and the people what they wanted to hear were acclaimed throughout the land.

So, there is nothing particularly novel about Jesus rejecting the majority in the run up to the Crucifixion. At the beginning of the week Jesus is expected to proclaim an earthly, militaristic kingdom that will herald the overthrowing of Roman rule. It is expected by most that he will arrive on a military horse. Instead, he chooses to arrive on a donkey, the very antithesis of what the majority expected. Later that week Jesus astounds the majority of His immediate followers and lowers Himself to the lowly task of washing the feet of His followers. In the Garden, He is faced with Peter’s, and by implication the rest of the Apostle’s, willingness to use violence to defend Him. Here Jesus turns away the majority’s desire and expectation and instructs His followers to put away the sword as He heals the ear of the guard.

If God all throughout Scripture consistently rejects the majority as being counter to His plan, what does that teach us? Clearly, we should not care a whit about the majority either, care for specific individuals, always, but a show of hands, never. Our call is to follow God’s will for our lives and that has precious little to do with the majority. It is a simple path that God would have us walk but that does not make it easy. It is difficult precisely because it is so often unpopular. Loving everyone, including your enemies will never carry a majority, working ceaselessly for peace will not either and neither will make you very popular. In fact, given the history of house prophets in Scripture, we can almost measure the quality of our faith walk by how unpopular it is.

As with most things this makes sense as a matter of faith but also as a matter of prudence. What exactly has the majority given us? It has given us two political parties; neither of which cares about human rights or freedom and dignity. The majority has helped to perpetuate a global system that has been and remains far too close to nuclear catastrophe. The majority in all nations has placed a grotesque amount of power in the hands of a few, mostly unaccountable power-mongers. In this nation the majority has allowed for the creation of a global empire that we can afford neither morally nor fiscally. The majority has motored this nation (and world) headlong toward a cliff of economic insolvency, all the while clamoring for more, more, more of other people’s property. The majority has careened from one feckless justification for all of this to another depending of which way the political winds are blowing. Never mind that there is no consistency or logic to any of these self-delusions the majority mires itself in, whatever is convenient at the moment will do just fine. Now not everything is going to hell in a handbasket. However, those things that are positive developments are noteworthy, precisely because they are undertaken by a brave few, or one. All this is just within the last 60-70 years or so, I don’t have the space to go into ALL of recorded history to show the damaging effects the majority have foisted upon God’s creation (you know like when a vast majority thought the Earth was flat and the sun revolved around this planet). In short, human majorities today act much as they did during the Passion week of our Lord; they blow with the wind. Consider, on Palm Sunday the majority was shouting “hosanna in the highest” but by Good Friday this same majority was screaming “crucify him, crucify him”. 2000+ years and not much has changed.

The truth is that God has little use for the majority. Oh, of course, He cares for all of us as unique, individual children and loves us beyond measure. But He knows full well that the majority is not likely to want a substantial relationship with Him or to seriously attempt to follow the path He has set out for the good of humanity. That is why He has mostly been concerned with the remnant. It’s kind of like in Luke 17:11-19 when Jesus heals ten with leprosy but only one returns to thank Him. He knows that is likely to be the reality.

This Easter let’s endeavor to be the one who returns to thank Jesus for the healing He has infused into our lives, let’s be part of the remnant not the majority. Let’s remember that we do not need a majority and see clearly what the majority hath wrought in this world. We only need One. One God, one savior, who died one time for our sins to be forgiven once for ALL time. We need only one baptism for the forgiveness of sins, to live one life in service to God. If we learn and live this just once in our lives, that will be enough.