The Price of Imperial Disentanglement 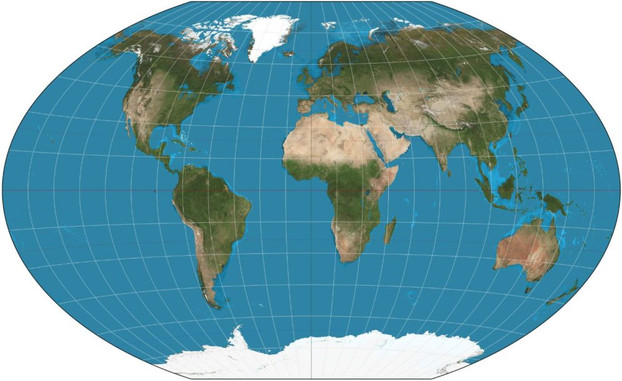 The recent Trump Administration decision to remove the small number of U.S. troops from the Kurdish controlled area of Syria, thereby allowing for Turkey to send in its armed forces to clear and control the area has created a bipartisan uproar in opposition to this move.  This proves once again that U.S. military and imperial involvement around the globe continues to have nearly universal support in Washington.

Let’s be clear this move does not signal a major retrenchment of U.S. forces around the world.  It does not even completely remove U.S. troops from Syria.  It comes at the same time as the Administration announced an additional 1800 troops were going to Saudi Arabia to bolster their odious regime.  The U.S. still has no real end in sight in Afghanistan and continues to intervene in areas of the world too numerous to list in this post.

So, the reaction shows how sensitive the imperial lobby is to even minor changes or suggestions that U.S. forces should be removed or even repositioned.  The usual arguments are trotted out: we are abandoning an ally, the reputation of the U.S. is on the line, the sacrifices of previous troops will be for naught, etc, etc…  These reactions are, of course specious.  We have abandoned allies before and will again if it suits U.S. policy.  The South Vietnamese, the Iraqis the U.S. encouraged to revolt against Hussein after the first Gulf War, the Mujahedeen in Afghanistan in the early 1990s, come to mind just off the top of my head.  The notion here is that our commitments must be never ending.  In each of these cases and many more the entities involved could not and did not stand on their own.  Their continued existence was only possible because of U.S. presence, so the implicit argument here is that the U.S. should remain forever.  This is possible, neither morally nor practically.

The corollary argument that previous military sacrifices must not be “wasted” is equally lacking.  Simply because U.S. troops have died in a particular area before, we apparently must forever place them in harms way.  Again, it means that the proponents of this position are arguing that we must never leave or conclude an engagement.  Endless empire is their philosophy.

This episode does however bring to light a very real phenomenon that should be acknowledged and answered by those of us seeking to dismantle the empire; that is that disengagement has a real human cost.  The Kurds are truly suffering the weight of the Turkish military incursion into northern Syria.  They are being ethnically cleansed from an area they had tried to make their homeland.  It may be true that Kurdish governance may have been less than stellar from a human rights perspective (an argument for why we should not have supported them in the first place) but nonetheless innocent people are and will be killed by the Turkish military action (an action, while all too predictable is nevertheless its own human rights violation).

Anytime the U.S. retrenches or diminishes its role or anytime it might do so in the future those whom the U.S. was supporting are highly likely to suffer an awful fate such as are the Kurds now.  This is not an excuse to continue the imperial activities.  If it were as was mentioned above, the wars would be endless, as they have been for most of U.S. history.  The price to be paid by a U.S. disentanglement is a damnable one.  However, it is damnable not in and of itself (as an excuse to never leave).  It is damnable as an outgrowth of the original intervention.

Let’s look at Syria as an example of this.  If the U.S. had not invaded Iraq in 2003, especially based on a clearly misleading rationale, it is likely that none of this would have come to pass.  Destroying Iraq eliminated a regional counterweight to Iran; creating a vacuum into which grew ISIS, made up largely of displaced troops previously loyal to Saddam Hussein.  Combined with the Obama Administration support for Syrian revolutionaries opposing Assad and diplomatically isolating Assad added fuel to the ISIS phenomenon.  This created the opportunity for the Kurds to create a semi-autonomous area in northern Syria (only with continued U.S. support, of course.)  This was clearly unsustainable given Turkey’s opposition to an armed enclave that not only wanted territory in northern Syria but also in parts of southern Turkey.  This does not justify Turkey’s response, but it is how governments will react.  Consider what the U.S. response would be to a group wanting an autonomous area for itself in parts of northern Mexico and Texas.

The point here is not that the U.S. created all of the problems in the Middle East but that our involvement made them all worse.  Why should anyone be surprised?  We know little of the millennial long ethnic and religious animosities of these groups and intervening is therefore bound to aggravate the situation, as well as place the U.S. in the position of backing odious and systematic rights violators. Once having intervened it is obvious that withdrawal creates additional sets of victims and rights violations, borne mostly by the innocent as always.

The analogy, and I use this only to illustrate not to suggest a moral equivalence, is to economic policy, such as taxicab licensing.  The government creates a license system that restricts the number of cabs and therefore makes those licenses more valuable than the market would have on its own.  This creates an environment whereby cabs rides are of lower quality and higher cost than before.  To remove the license requirement or to allow an Uber-like competitor creates a real hardship for the owner of the license, as the value of said license will plummet.  This is not an argument to continue a bad policy, only a recognition that there is a transition cost and hopefully a recognition that these interventions should not occur in the first place.

In advocating for such international retrenchments, we should recognize that there will be those who suffer.  We should suggest ways to mitigate this suffering.  In the case of the Kurds the U.S. could have demanded a greater lead time for the Kurds to withdraw.  Perhaps we could have helped negotiate a process for this before giving a green light to Turkey to send in its military.  We can also, of course offer these refugees admittance into the U.S., which is also in keeping with the values of a truly great nation.  Other than making a good faith effort to mitigate these costs to innocents we should move forward with imperial withdraw with the recognition that the real blame is on the initial intervention not on the lamentable yet predictable costs of retrenchment.

In the international realm we should only seek to defend legitimate rights of territorial integrity, sovereignty and transit on the high seas (I set aside the anarchist and pacifist critique for purposes of discussion).  This precludes almost all U.S. military actions today.  This will not create a utopia.  It will, however, create a world where regional actors have a better chance to resolve disputes based on their greater knowledge of the issues at hand.  Yes, it may create a vacuum to be filled by another “great” power, such as Russia or China. We should not worry about this as they will only find themselves bogged down in the same type of quagmires that the U.S. has not figured out how to navigate.  In the meanwhile, it will only enhance the reputation of the U.S. as a nation not given to backing rights violators and interested only in peace and free enterprise.