The Power Belongs to God 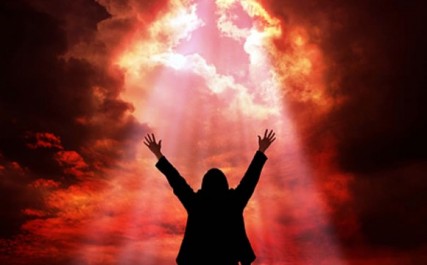 This week’s Scripture readings are some of what I would call classics of “political texts”. They all deal with power and humanity’s relationship to God via our use of power. The Old Testament reading is from Genesis and is the story of Original Sin. It is notable that Original Sin is not simply disobedience. In this passage the serpent tempts Eve with knowledge gained from eating the fruit of the tree of knowledge. This knowledge will open your eyes “and you will be like God” (Gen 3:5). This is the crux of humanity’s sinful nature; we wish to be like God and to exercise God-like power over His creation. This has been humanity’s main problem ever since.

As Paul points out in the New Testament reading, this transgression leads to death. It is the fall, a result of stubborn sinful pride that continues to afflict humanity to this day. However, Paul also points out that even though death entered the world through the trespass of one man (Adam), life returns through the sacrifice of one man (Jesus). It is our faith in the life, death and resurrection of Jesus Christ that makes us right with God and restores us to eternal life.

So, as always when we consider that we have been saved by our faith in Jesus Christ and His sacrifice, we ask ourselves; what now? The Gospel reading tells us in very clear terms “what now”. In this famous passage, Jesus is tempted by the devil. He is asked to turn stones into bread, to cast Himself down and let the angels lift Him up and finally He is offered all the kingdoms of the world, if only He will bow down to Satan. Each time Jesus turns Satan away by pointing out that the power to do these things belongs to God and only God. Understand that this is Jesus talking. He is saying do not deviate from acknowledging God’s power and supremacy. As Paul points out in Philippians 2:6 “who, though he was in the form of God, did not regard equality with God as something to be exploited”. If Jesus won’t exploit equality with God, we dare not.

It is the final temptation that holds the most relevance for us in this age, because it deals directly with political power. First, Jesus and by extension God don’t need to bow down to Satan to exercise control over all the kingdoms of the world, as God is already in control of the world and everything and everyone in it. Second, Jesus is crystal clear in His response; He quotes Scripture as instructing “Worship the Lord your God and serve only him”. Now Scripture is about 3000+ years old and written in a long disused language and from a culture totally removed from our own. So, we can expect that many words may convey different meanings then as from now and that it is not always clear what was meant by some passages. However, even then the word only means the same thing as it does now. It means ONLY. We are to serve God ONLY. There is no other option given to us and there was no other thing that Jesus did, right up to the very end. His obedience and service to the Father was absolute and complete. It was this refusal to bow down to the power of even mighty Rome that made Him such a threat and was the proximate reason Rome executed Him.

So, this instruction leaves no room for submission to government, especially as it is so violative of the Law and in fact is the institutionalization of Original Sin. There is no king, but Christ and we must never bend on this as the ideal expression for God’s plan for us here on Earth. It may be that government is and will remain a feature of a fallen humanity but that does not make it right nor acceptable and it must be our goal to eliminate this evil from God’s Kingdom.

Now, there are those who will point out that God sanctioned Kings in the Old Testament. True enough but only after the Lord via the Prophet Samuel pointed out that this would not end well, which in fact it did not. I suspect that this issue, like much of Old Testament history is humanity time and again getting it wrong until God sends His only Son to explicitly show us what it is to live a fully human life. This fully human life does not include government and its violent works and demand for satanic bowing down.

It may be that the best we can hope for is to mitigate the evil works and violent impulses of government. If so, then so be it. Let us give witness to the demands of the true King of Creation and refuse to serve any but Him. Let us give witness where we can to those areas of life not already dominated by government, whereby people have achieved success by cooperation not coercion. Let us point out where freedom works and where violence fails. We may only be a remnant, but such remnants can truly change the world. If nothing else, we give faithful proclamation of who we are and whom we serve.

Our desire to be just like God got us justly thrown out of Eden. However, God in His mercy gave us in and on the Earth enough resources to create a world of unimaginable comfort and peace for an unimaginably wide range of humanity. The only catch is that to achieve this we must live as God intended; cooperating and living and let live; treating others as we wish to be treated and loving one another as God loves us. Let us, this Lent give witness to this goal in all that we are and everything that we do.