The Peace That Wasn’t 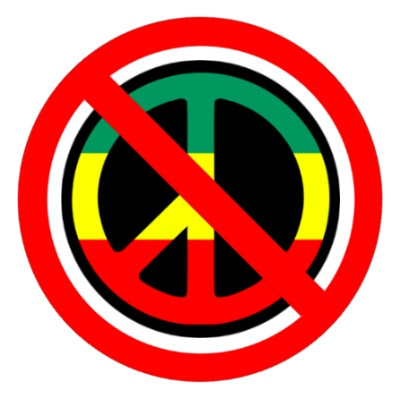 At the 11th. hour of the 11th. day of the 11th. month 100 years ago the guns of the Great War fell silent.  The Great War was what it was called until they started numbering world wars. It has been 100 years since the armistice was signed and the bloodletting ceased.  We, of course, should always commemorate the cessation of hostilities, particularly one as gruesome as WWI.  While it has been 100 years since those guns fell silent, the question remains: was peace, in fact, achieved?

One would hope so, given all the bloated rhetoric that flowed from Woodrow Wilson; the “war to end all wars” (more on that in a moment); a war to “make the world safe for democracy”, as well as his 14 points he brought to the peace conference at Versailles (one wag at the time pointed out in response to Wilson’s 14 points, that God only had 10).  So surely after all this blood and messianic speak peace was achieved, right?

I would argue, that in the light of the history that followed, the answer was a clear no. There was the 20-year interregnum between WWI and WWII, but that was not exactly all peace all the time.  There were multiple conflicts around the globe, usually centered around European imperial holdings. There was the Russian civil war that saw western invasions (including the United States) of Russian territory.  There was the Japanese invasion of Manchuria in 1931 and its full invasion of China in 1937. There was the bloody Spanish Civil War from 1936-1939, just to name a few inter world war conflicts.

Then, of course the world stumbled headlong into the Second World War, about 5 times as bloody as the first, in no small part due to the vindictive “peace” treaty imposed on the Germans.  Since then, though we have had peace, right?  Well true there has been no Third World War.  That is really a testament to the fact that Europe was/is been a client state of either the U.S. or the Soviet Union/Russia since 1945.  Client states of great imperial powers do not typically fight each other.  None of this really means peace, though.  First, it was a generalized peace under the threat of nuclear annihilation, which was almost consummated during the Cuban missile crisis of 1962, among other episodes. Second, it was peaceful, only if you did not live in Iran, Guatemala, Vietnam, Grenada, Iraq, Serbia, Iraq again, Afghanistan and Libya; all nations in which the U.S. militarily intervened. Add to this Soviet military episodes, particularly Afghanistan and you see a world where there is substantial warfare going on almost constantly.

So, why did the world fail to achieve peace after such a brutal bloodletting as occurred between 1914-1918?  The answer lies, I think, in the fact that the world sought peace from the very agency of warfare, the state.  Government is the perpetuator of war and to look to them to provide for a generalized peace is nonsensical.  It would be like asking an arsonist to become a firefighter.  It has always been governments that have perpetuated such warfare and it has only gotten worse with the advent of democracy.

Violence and warfare are not something that governments do when they happen “to go too far” or when they “cross the line”.  Violence and warfare are what government is and therefore what it does.  This is the essence of the state.  The very definition of the state as given by Max Weber, is that institution that has a monopoly of violence in a given geographical area.  The only thing stopping the expansion of this area is another state. States, and their benefactors want additional power and control over more territory, and thus is born war.

As governments gain more and more control over society, and we must ALWAYS differentiate between the state and the society (see the work of Franz Oppenheimer), warfare becomes more and more violent. It was only since the dawn of democracy and the growth of government that the notion and implementation of “total war” came into usage.  It is not a coincidence that in U.S. history the three most recent surges in government growth: The Progressive Era, the New Deal and the Great Society ALL ended in war.  It’s the essence of the beast.

In contrast most of the 19th. Century, while certainly not free of conflict, was a period marked by less egregious international conflict than the present period. This, not coincidentally, is the period of time in which state power was at an ebb.  There was generalized free trade, an international gold standard which provided a stable monetary system, and far less intervention by government into the economy.  All this helps facilitate greater peace. As the state grew in scope and power and more and more violations of the freedom of society occurred the competition for territorial control and power ramped up the risks of war; a risk that blew up in August 1914 and had been bedeviling the world ever since.

It may seem hopeless to try and fight this tidal wave of violence but as Christians we are obligated to witness to the peace of Christ.  First, we should not fall victim to intentionally mangled history that is a cover for naked propaganda.  The wars of this nation are offensive in character and wars of choice, by definition criminal.  Our troops don’t serve to protect but stand ready to implement U.S. imperial policy. Don’t buy into the myth of the veteran and other historically monstrous lies.  Second, don’t stand idly by while the propaganda artists bastardize the language. Why was Armistice Day morphed into Veterans Day? Because an Armistice denotes peace, veterans represent a continuing military role.  Why do “statesmen” use such extreme rhetoric like “war to end all wars”?  This is disturbing language; as if one more massive conflagration is all we need to have peace forevermore.  This nothing less than vile End Times extremism.  Why do we lionize extreme rhetoric such as Kennedy’s “pay any price, bear any burden” nonsense?  Really? Any price? Any burden?  Make the brood of vipers speak the plain language, which is a language of death and destruction.

Finally, we need to call all Christians back to the Cross of Peace that Christ sacrificed Himself on. He did not die so that we may sit idly by and watch governments slaughter innocents in our name, or worse, His. We must make clear that the military or the government generally, is no place for the Christian.  We must insist that we do not participate in any way in the war machine or its appendages.  We must ceaselessly wage peace to cut off funding for war making and imperial violence. Remove the pagan flags of violent governments from our sanctuaries, demand that Pastors stop venerating military “service” and call for a shift to real service of our fellow children of God. None of this is easy and will result in a decided lack of popularity to the bearer of this message.  So, what?  Given what Christ sacrificed for peace can we ask any less of ourselves? Let’s make this Veterans Day a cosmic Armistice Day of peace instead.