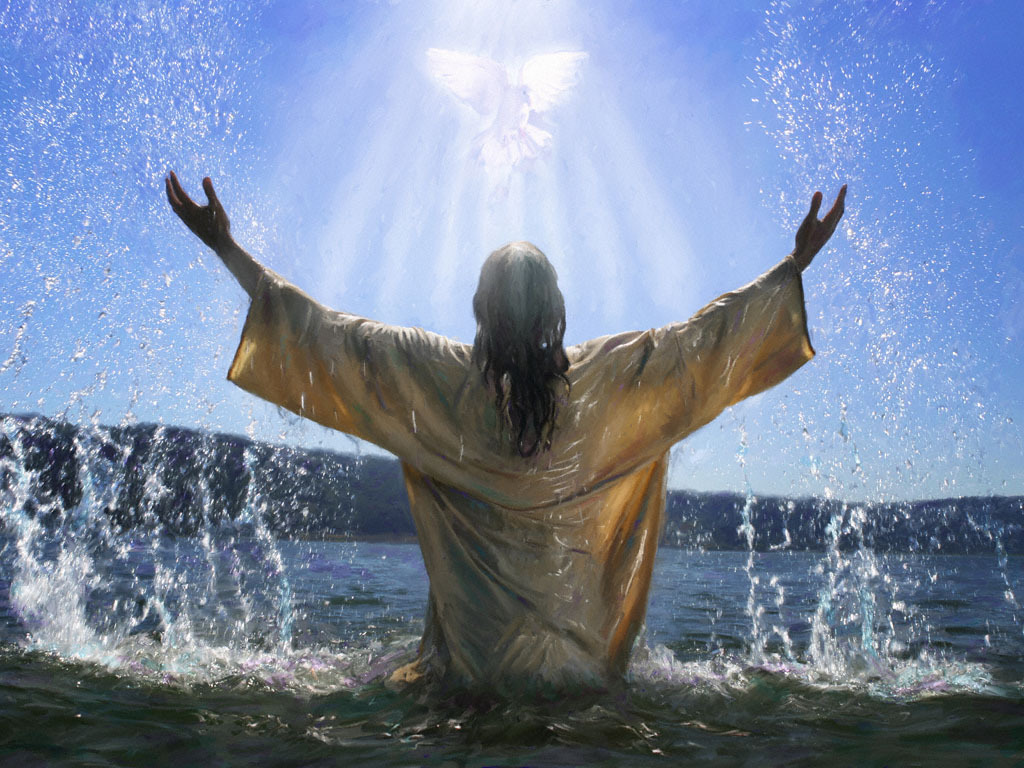 A Coming Out Party

This week’s Gospel reading is Luke 3:15-17, 21-22 is the story of Jesus being baptized by John the Baptist, along with others who are in attendance. This amounts to a divine coming out party, as Jesus is identified by John and ultimately the Father, as the Messiah. The first, notable thing about this text is that Jesus experiences all that everyone else does. It is an excellent reminder that God has experienced all that humanity does through His son Jesus. Obviously, this starts at the beginning and continues all the way to the end. Could God love us more than to offer His Son to us in this way?

What Jesus Does That We Cannot

This text is also an excellent example of God being God and us being not. John proclaims that he is not the Messiah, that one is coming after him. The real Messiah is offering, not a baptism of water, the way John is, but rather a baptism of fire. This is usually taken to mean the purifying work of God’s spirit. John also states that the true Messiah will clear God’s threshing floor and separate the wheat from the chaff. I would not take this to be an eternal torment type of hell, as I have written about here and here. I would suggest that it means that those who believe will continue to have a relationship with God, those that do not won’t. Since this is something that Jesus as Messiah can do and we cannot, we should leave it to God.

Clearly this is a divine role, and the Gospel writer is making an eschatological point about the nature of Jesus. He is clearly, and for the times astonishingly, claiming that Jesus is not only the Messiah promised to the nation Israel but LORD. That this text is presented on the First Sunday after the Epiphany is also significant, because the Epiphany recognizes that Jesus is revealed as LORD for ALL, not simply the Jews. This was specifically the point of Matthew 2:1-12, when the Magi, or the ”Wisemen” from the East followed the guiding star to pay homage to the baby Jesus.

The importance of all this is further revealed by the fact the heaven was opened and “the Holy Spirit descended upon him in bodily form like a dove. And a voice came from heaven. ‘You are my Son, the Beloved; with you I am well pleased’” This is done publicly, in full view of a large crowd. God intends for this news to be public and for people to understand. It is also notable that this was done to a people gathered in community. Heaven has opened and God speaks and is stating clearly that this is the One for whom you have been waiting; He is exactly who He, and I (God) say He is. Of course, all we need is to believe.

The other lesson from this passage that is important is the oft repeated lesson of letting God and therefore Jesus do God’s work. We must not confuse the roles here. We can be like John. We can all be proclaimers of Christ as Lord. We can do this in large and small ways. The very way we live out our life can be a proclamation all its own. We don’t necessarily need to wear camels’ hair clothes and eat wild locusts and honey ala John the Baptist to give witness to Jesus as Risen Lord and Savior.

What we cannot do is to be Jesus. I know this sounds silly to have to say it, but haven’t we all slipped into that role from time to time. I know I have. There have been times when all of us have failed to take the log out of our own eye before trying to remove the speck from another’s eye (Matt 7:5).

Our role is to simply believe. Believe that Jesus is exactly who God says He is, that He is the Anointed One, God’s own Son. Once we believe this, then we receive Christ dwelling within us, as the very righteousness of God Himself. This puts us right with God and should make us secure in our salvation.

Then, you can, in response, to this incredible gift, go out and boldly proclaim, in the way that makes sense to you. In your own amazing way, you can then go forward and be your own kind of John the Baptist. This is in fact the path that John took himself. First, he believed that Jesus was THE ONE, then he proclaimed and lived out his witness. It is all laid out for us at the very beginning of Jesus’s ministry, believe…then obey.