The New Babylonian Captivity of the Church 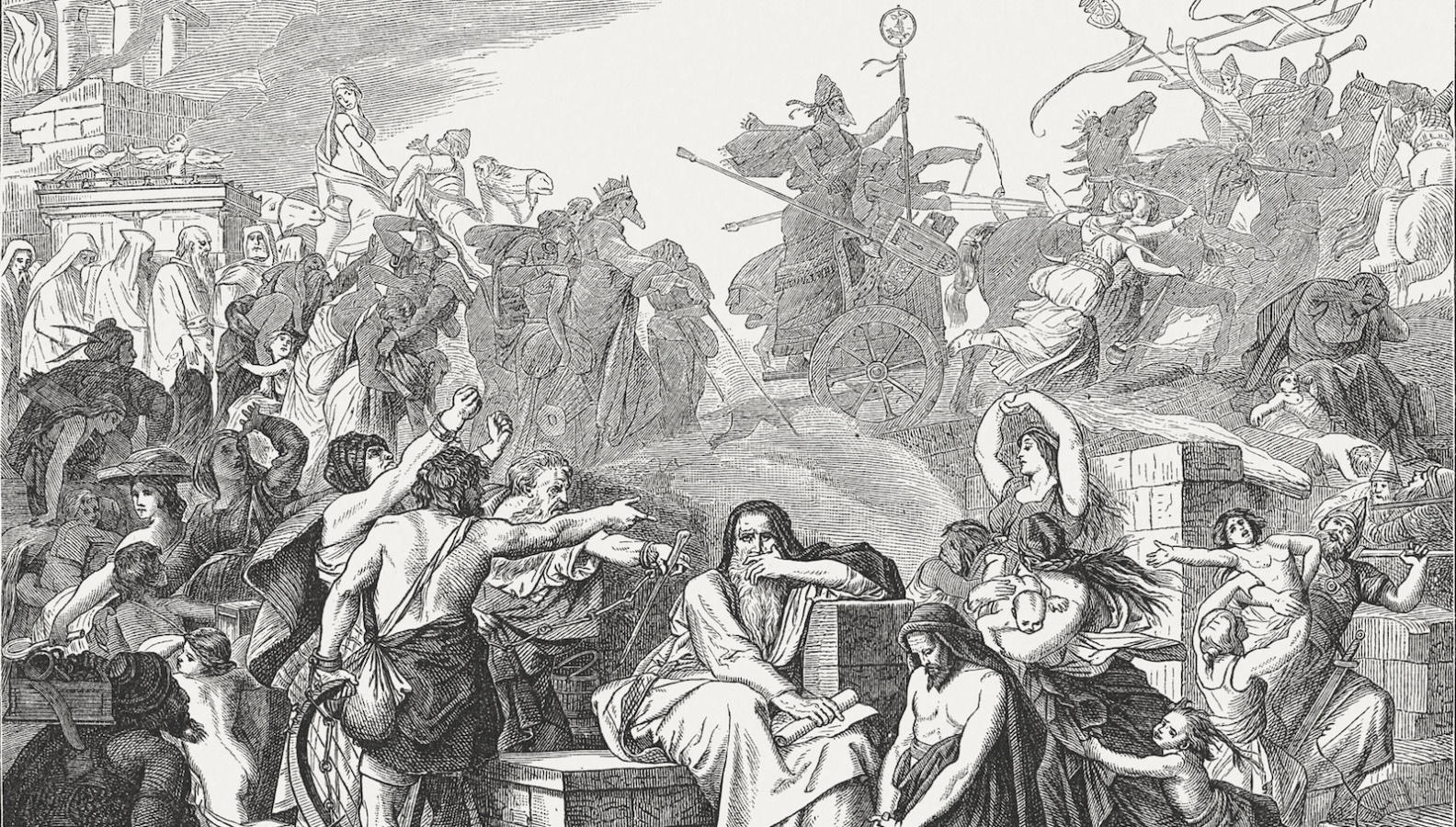 The Babylonian captivity, of course, refers to the exile of the ancient Israelites at the hands of the Babylonian Empire. They were forcibly removed from their homeland and spent at least 70 years before being allowed by the newly dominant Persians to return to Israel. This is also a reference to Martin Luther’s treatise On the Babylonian Captivity of the Church, which will this year mark the 500th. anniversary of its publication. This was Luther’s theological statement on how the church of Rome had “captured” the church and became corrupt by way of a system of sacraments and other theological errors. My point is not to refight the Reformation but rather to draw an analogy to today’s church.

The modern church, and by this, I mean almost all parts of it, right and left, traditional, fundamentalist and progressive, have fallen into a self-imposed intellectual and ideological exile that has separated it from its proper place in society. This separation is every bit as real as the physical separation of the nation Israel in ancient times and every bit as corrupt as the late medieval church of Rome.

The cage into which the church has placed itself today is the nearly complete capitulation to the false god of the state. There is not a place on the ideological spectrum that is not rife with either active proclamation of the state as a partner with the church or damnable acquiescence to the state and its activities.

This is most clearly seen among the progressive left members of the church. They clearly and vociferously demand state action and do so in the name of Christian morality. Perhaps the most outspoken among this group is Reverend William Barber II of North Carolina. He is a clear and consistent activist on behalf of the further socialization of U.S. society, often through a program he started known as Moral Mondays. However, you do not need to seek out a national figure to discover this mentality. Almost every mainline Protestant denomination is filled with pastors and staff who without question advocate a massive and often increased role for the state to play in society, all in the name of Jesus. They advocate a large welfare state, increased regulation of commercial activity, high levels of taxation and often the outright socialization of the means of production and the abolition of private property. They see this as a fulfillment of the command of Jesus to love one another and care for the least of those in our communities.

This predilection for state action is, however, present on the right as well. They too support the welfare state as is witnessed by their stalwart support of Medicare and Social Security. They also wish for a strong government to keep out “undesirables”, such as immigrants form certain countries. They are mostly hostile to free trade and they are mostly in favor of a robust U.S. military presence on the world stage. Locally they favor the police and they favor laws which regulate individual choice and desire to regulate the cultural sphere. In short, while they talk about markets, they are pretty consistent supporters of interference in free commerce. In fact, this desire for government regulation of markets is growing on the right as can be seen by the hostility to the various tech and social media companies that the religious right sees as hostile to their values.

So, what is wrong with all this advocacy by the religious right and religious left? Everything. First, there is NO scriptural support for an alliance between the church and the state. Jesus rejected the state and the power structure it embodied. He never issued any teaching that said it was alright to get into alliance with the state. There is every scriptural and theological reason to reject the government as completely antithetical to God’s word. In fact, Jesus saw the state as irrelevant to His ministry and God’s plan. I challenge anyone to make the case that Christian teaching can be reconciled with the violence that is inherent to the state. Not to mention the blasphemy of the worship and obeisance the state requires of its subjects.

This, of course, brings up the baleful practical effects of that state power, which these advocates demand. Government kills…a lot. The more government you have the more it kills. The best history on the subject is appropriately called Death by Government. There is not plausible way that a believer can reconcile the faith and peace of Christ with an institution with such a blood-soaked record of violence. Good intentions count for little in the face of an ever-rising body count of the victims of state violence. Let us also forever set aside the naïve notion that is offered by statists: “if we just get the right people in control of the government it will work better”. What in the sorry ass history of a fallen humanity would give any rational person the idea that this could ever be? I will not even waste time discussing the awful economic and material impoverishment that follows the growth of government control of society. As per usual, the principle and the practical collide to give us a clear admonition of what to do and what not to do.

The effects of this self-imposed captivity have been terrible for the church and the mission of drawing people to the Cross. The right has exposed itself as deeply hypocritical. For all their talk of free markets and personal liberty they want state control of much of society on behalf of powerful elites. They rightly come across as narrow minded and hard hearted (even if that is not their intent) and turn many people away from a Jesus followed by those who will not practice what they preach. The left, for its part, has made the notion of Christian ministry irrelevant by its desire to forcibly move all assistance into a government bureaucracy. If all you offer is a soulless bureaucratic solution to every social problem, you have made Christ irrelevant as the motivating factor of our lives. Add to this a feckless intersectional identity politics and you get a group that is safely ignored by most of their political allies as well as the rest of society.

This self-imposed captivity need not last forever. We have a whole other tradition in the history of Christianity that we can draw upon to break out of this miasma. We have the example of the early church, who not only were persecuted by the state but actively rejected any alignment with it. We have the more radical tradition of the Anabaptists coming out of the Reformation, which continues among such groups as the Mennonites. More recently, we have the example of Leo Tolstoy and his brand of Christian pacifism and anarchy. Lesser known thinkers such as Vernard Eller and currently Christian anarchist economist Robert Murphy. Of course, there is a huge amount of practical writing on anarchy and free market economics from non-Christian writers to explain the practical benefits of a free society. We can free ourselves if we take a clear look at what Jesus left us and study carefully the Scriptures that tell us what God wants us to know; look to a robust tradition of non-state activism by the church and educate ourselves on what will actually work. It starts with having enough faith in God to trust in the brains He gave us to make this a better world and win for Him more followers by our words and deeds.