The Myth of WWII Prosperity 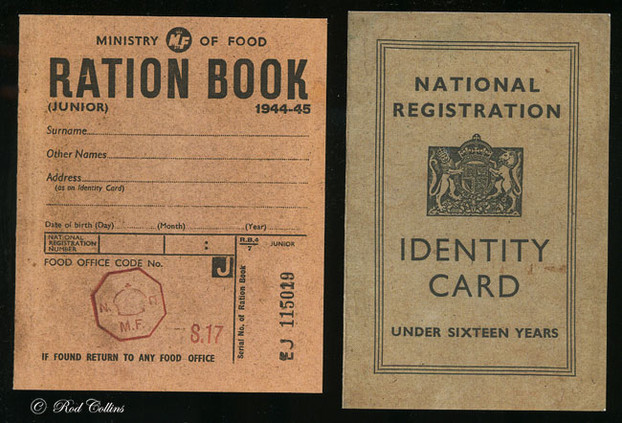 W-W-2, the BIG ONE, the good war.  It is celebrated throughout the land and its participants lauded everywhere.  It is beloved among the Left because it represented the nearly complete socialization of the U.S. economy, a thing they have been pining for ever since.  One of the things that the war is also credited with doing is ending the Great Depression.  This is particularly true among unrepentant Keynesians like Paul Krugman.  The basic argument is that the New Deal was too timid in its ramping up of government spending to actually end the depression.  It is clear with unemployment at over 14% in 1940 the depression had not been overcome.  The great Keynesian idea was that government spending would bridge the gap that the market had created between potential output and actual output.  Everything in the Keynesian worldview depends upon demand, even if it is government created demand.  The basic ideas can be found here.

Therefore, what the war did was massively increase government outlays and absorb at least a fifth of the population into the armed forces.  This eradicated unemployment as well as raising manufacturing output via government expenditures.  It is true there was virtually no one able-bodied who was unemployed after the U.S. entered the war in December of 1941 and output, particularly manufacturing output skyrocketed.  Does any of this prove the Keynesian theory?

Hardly.  First, it should be noted that the Keynesian theory of the business cycle is defective and a much better explanation is put forth by the Austrian school of economics.  Without going into wonkish detail, the basic insight of well thought out economic theory is that economic growth is not driven first by demand but by production.  Think about it, before you can exchange anything in the marketplace you must first have something to exchange, that is it must first be produced.  This production occurs by being productive, and one is made more productive by the use of more and better tools which economists call capital.  Capital is created via savings and this is the mainspring of all actual economic growth. Depressions occur as a corrective to policies which distort savings and capital formation, usually via a nation’s central bank (see the theory above).  So, if the Keynesians get the cause of depressions wrong, then they will surely get wrong their solution.  The solution is to stop with the interference in the economy and let an actual free market rise up from the rubble of the unsustainable activities that must be economically liquidated.  In other words, cut government spending, and let the capital markets reflect economic reality by the cessation of central bank “stimulation”.

The decade of the 1930s supports this idea as the New Deal, driven by Keynesian ideology failed to resurrect the economy and it deepened and extended the depression far longer than had ever been the case when governments more or less followed orthodox solutions, as I have outlined above.  See the history of the deep but very short depression of 1921 to understand the contrast.

So, what did the war do economically?  As indicated above it did end unemployment and ramp up manufacturing.  According to the standard metrics of GDP this looked like growth and increasing prosperity.  This looks like prosperity only if you forget what an economy is trying to achieve.  The goal of an economy is to produce goods and services for consumption.  We are materially wealthier when we have more goods and services to consume.  Goods and services that make our lives more comfortable and pleasant.  Labor markets are thriving when they allow workers to be productive in the furtherance of the goal of producing these things that provide relief of our discomfort.  The war did none of this.

Yes, labor markets were robust.  However, if you were among the over 400,000 killed or among the 670,000 wounded you might not think the labor market was so great.  As far as consumer goods and services, they were much scarcer in the 1940s than in the 1930s.  Wartime rationing of almost all consumer products meant those things that make life easier were in short supply.  Rent control and other price controls meant that any goods that could be freely produced were done so in very small amounts creating shortages across the board.  This should drive home the point that the wartime economy was not prosperous the way people think about prosperity.  It should also make us rethink the utility of the standard government generated measurements of economic performance as this piece does.

One does not have to be a professional economist to understand any of this.  Digging up resources from the earth, turning them into metal and such, then bending them into the shape of tanks, guns and ships and then sending them overseas to be blown up is not prosperity but nothing short of a massive destruction of capital and resources.  Whatever your position regarding the need for the war, one cannot reasonably make an argument that this war (or any other for that matter) generates human prosperity.

It was only the end of the war that finally ended the depression.  Flushing millions off the government payroll, drastically cutting government spending and taxes and removing the rationing and price controls of the war years was what did the trick.  This created the post-war boom that did so much to define our lives and culture.  All of this in spite of the dire warning of the Keynesians, who were sure the apocalypse was well-nigh.  Yes, the “official” figures showed a short, sharp decline but real output of real goods and services surged.  Think if the government had cut expenditures and freed the market in this manner in 1930 instead of 1945, how much different and better our economic history might have been.  Keynesians will try to salvage their case by arguing that this massive surge in government spending could have done the same thing in a peacetime economy.  Do not be fooled, if attempted (the Soviet Union anyone!), it runs headlong into the socialist calculation problem and produces a bumper crop of misery.

Statists will always misread history (if even well-intentioned) to further their desire for social and economic control.  We should instead use the God-given gifts of logic and reason to discern for ourselves what makes sense and what is bovine excretes.