The Myth of the Veteran 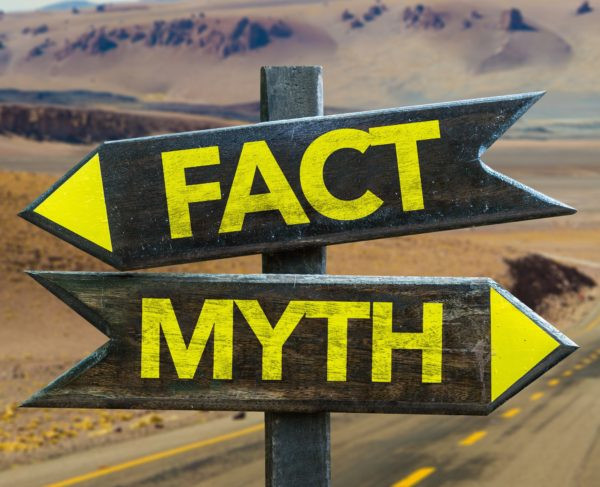 My second week of break, I am reposting this piece from 2017.  Sadly, this hoary myth is still as strong as ever.

This being Veteran’s Day and seeing the deluge of “thanks for your service” posts from those of all political persuasions, it would be a good time to deal with the myth surrounding veterans.  The veteran’s myth is one of the most persistent and pernicious in all the warfare state’s pantheon of myths.

The myth does not concern the sacrifice made by veterans, that is all too real both physically and psychologically.  U.S. service members are killed and maimed in the performance of their duties.  Rather the myth is that these service members are fighting for our freedom.  This myth is demonstrably false as a survey of the history will show us.

Let us keep in mind that a nation may, under just war principles (not to be confused with Christian principles) defend its sovereignty, territorial integrity and its transit in international waters.  Let’s see how U.S. war history comports with these principles.

The last time the U.S. fought a war in which the survival of the nation was possibly at stake was the Civil War.  Even regarding that war, it was not strictly about freedom.  Yes, the South succeeded because of slavery.  Slavery was not, however, the reason the North would not let them go.  Their motivation was preservation of the Union, which in English means the centralization of political and economic power.  This was achieved at a frightful loss without any regard for the alternatives that were available.  A great history of this event and some possible alternatives is provided by Jeffrey Rogers Hummel in his excellent work Emancipating Slaves, Enslaving Free Men .  I will not grant the pro-war side this war, however, as the nation could have survived in a truncated form.

After the Civil War came a continuation of the wars of conquest of the Native American population and the closing of the American frontier.  This was not even remotely about defending our freedom, it was nothing less than Imperial conquest and cultural destruction.  There was nothing just about any of this.

There was nothing just about the U.S. entering the world stage and fighting the Spanish for control of the remains of their tottering empire.  We wrested, most notably, Cuba and the Philippines and proceeded to prosecute a brutal war of destruction in the Philippines against those who believed the lie that the U.S. was going to grant them independence.  Under no circumstances did Spain ever pose an existential threat to the U.S.

Entering the 20th. Century does not do much to burnish America’s military. Our involvement in the Boxer Rebellion in China on the side of foreign imperialists to safeguard U.S. investments set a precedent that continues to this day.  It was never about a threat to legitimate U.S. rights but a threat to unrighteous profits.  Even WWI was fought to support U.S. trade and economic interests and to enhance our burgeoning empire not as a means of defending America from an imminent threat to our existence.

This pattern continued throughout the 1920s via so-called “Dollar Diplomacy”.  We were quite active in the Western Hemisphere, not against threats to our existence but against threats to guaranteed U.S. corporate profits.  It was the competition from other empires during this time that lead to our involvement in WWII.

Yes, not even the “good war” is immune from this criticism.  Neither Germany nor Japan posed an existential threat to the U.S.  They may have posed a threat to freedom of navigation on the high seas, which could have been dealt with short of total war.  A skeptical view of U.S. entry into this war is provided by historian Bruce Russett.  We should be skeptical as we were fighting an undeclared naval war with Germany prior to our official entry and we embargoed Japan’s oil prior to the Pearl Harbor attack, which is itself an act of war.  Regardless, there was no way that either enemy was going to conquer and control the U.S. to warrant our engagement in this war.

The pattern of U.S. aggression continued after WWII.  We overthrew governments in Iran and Guatemala and used our military to prop up dictators around the globe.  Then there is of course Vietnam.  We supported the corrupt Diem and Thieu regimes and assisted in the oppression of their people.  Again, there was no existential threat from Vietnam, only the violation of imperial interests.  Please spare me the Cold War excuse for these events.  Neither the Soviet Union nor China posed a territorial threat to the U.S.  Yes, they are a nuclear existential threat, as are we to them thereby keeping the peace.  The nuclear deterrent (regardless of its morality) makes the rationale for these ground wars nonsense.

These imperial interests continued to be served by U.S. military action in Grenada, Central America, and of course, the Middle East.  Time and time again the U.S. has perpetuated war against nations that pose no threat to the U.S. in any meaningful way.  Let’s not go down the road of the terrorists will follow us home if we leave argument either.  We did much to create this terroristic blowback (not that it is in any way morally justified) and it is clear enough that they hate us not for our freedoms but because we kill their people and rip them off.

We haven’t even considered the way in which these wars were prosecuted.  Everything from the blockade of Germany in WWI to the terror bombing of German and Japanese population centers in WWII to the support of human rights violating thugs everywhere we are guilty of using our military to commit grotesque war crimes, that should be for the Christian, an abomination before God.

It should be obvious why the state lies to us this way.  They need the myth to continue popular support for wars that are morally and strategically unjustifiable.  They need to tug at the patriotic emotions of our young to get them to continue signing up for this bloodletting.  We, as Christians at least do not have to agree to continue to be a part of this lie any longer.  If you are concerned that following God’s word in this matter is impractical, please see here.

What then do we owe veterans?  Clearly, we owe them the medical and psychological care arising from combat operations.  We do not however, owe them thanks.  We owe them an apology.  We must apologize for ever sending our young men and women into combat for dishonorable reasons in support of nefarious imperial interests.  We asked them to die and to kill and to commit crimes against humanity all while believing the government’s lie that they were defending U.S. freedom and the survival of the nation.  For this we should be profoundly ashamed and deeply penitent.

To give that apology legs, however, we must renew our faith by waging ceaseless peace in His name.  We must expose the rotten underside of the real reason our government fights wars and encourage all the faithful everywhere to reject participation in such an abominable organization as the U.S. government and its Department of Naked Aggression.