The Misguided Politics of Pope Francis 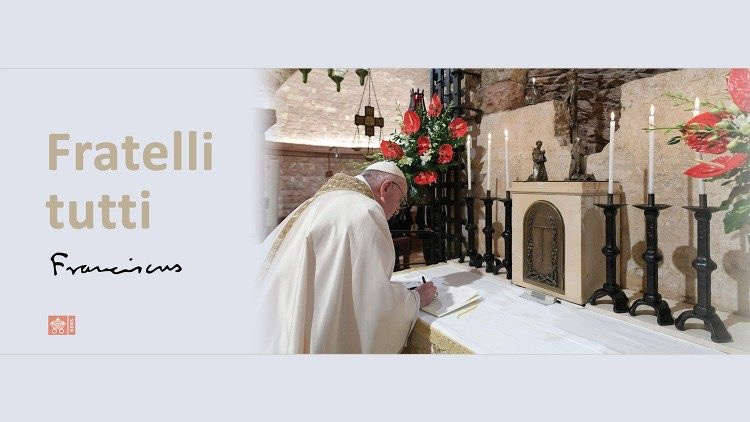 In his recent encyclical Pope Francis outlines much of his political thought on the state of the world and the appropriate Christian response. It is important to acknowledge the good parts of this work. First, I have no doubt about the Pope’s good intentions. I am confident that he wishes a good outcome for all people everywhere. Francis goes to some lengths to speak eloquently about the dignity of all humanity and our need to care for our fellow brothers and sisters. He is also quite correct when he points out that everyone is our neighbor and that we should have care and concern for our neighbor. He is also quite right in focusing in on the least among us, those who are struggling the most and at greatest risk in this world. I acknowledge this because it serves as a good reminder to not ascribe base motives to those with whom we disagree. We do indeed disagree about many important things but not essential things.

I do agree with the Pope that there are a great many problems in this world and that the poor bear a disproportionate share of these problems. No one can deny that it is the poor who are most affected by issues of war, economic dislocation and most recently the overreaction to the pandemic. The Pope is quite right that it is the poor of this world who are often overlooked to the point of invisibility. I do think that the powerful abuse the poor, but not in the way that the Pope does; but I agree that they are egregiously burdened by the powerful. We would also both agree that this concern for the poor emanates directly from our Lord Jesus Christ and is found everywhere in Scripture.

So, it is with respect for the Pope’s sincerity that I must decline to endorse his overall solution to the problems that he correctly identifies. The first problem that I have with his analysis is that he misidentifies the source of the problem. He sees injustice, oppression, greed and the general disparagement of the poor as emanating from a liberal capitalist order. This is the same mistake that most leftists make and make no mistake about it, Pope Francis is a man of the left.

The Pope’s experience in Latin America is probably to blame for this misperception. He has lived and worked most of his life in South America, a continent dominated by oppressive regimes, mostly of the right. The leaders of these regimes grant nominal ownership of the means of production to private actors but in reality, the powerful make all the key decisions. Whomever has control has real ownership, so they are not free market bastions. Additionally, these economies are dominated by the state sector; the government heavily regulates the economy, the government nationalizes industries and imposes high tariffs and taxes. Yet, since they are not typically controlled by the left, so many like Francis get confused as to the real nature of the problem. From a social and economic perspective, it does not matter whether heavy state involvement comes from the right or the left. It is always a state involvement that benefits the politically well connected, which is never the poor.

Many who come from a corrupt political culture like South America have this misperception. The left in the developed western nations makes the same mistake. All policies they disagree with they ascribe to capitalism or more recently something called “neoliberalism”. There can be little doubt that what they are criticizing is not an actual free market as even the western nations have governments which control over 50% of the national output and heavily regulate most aspects of social and economic life. This is not even to mention how the developed world’s central banks distort capital markets and act as agencies of central planning, all on behalf of connected elites of course.

Since Francis, like his leftist brethren, misdiagnose the problem, it is not surprising that he offers an incorrect cure. He consistently turns to the state as a solution to problems created and/or exacerbated by the state. That’s like asking an arsonist to run the fire department. The first thing to understand is that government is violence. Governmental action is just some individuals banding together to control other individuals. The individual is the unit of morality as the writer Sheldon Richman put it. It is to the individual that we must turn to ascertain whether or not an action is righteous. State action is aggressive control and violent coercion. None of this is consistent with the Gospel. Francis cites Luke 10:25-37 (the parable of the Good Samaritan) as defense of this kind of activity. Yet, Jesus does not suggest that anyone should be coerced into behaving like the Good Samaritan. Yes, God calls us to this kind of a life; to care for our neighbors as an expression of our faith not as the result of enabling legislation. If this is to have any meaning whatsoever, then this action must be voluntary.

I have many times discussed why government is a sinful violation of the Word of God. Francis shows much of this confusion in his claim that property is a “secondary right”. Nothing could be further from the truth. All human rights must properly be considered as property rights, starting with a property in oneself; we own our lives (yes, I know Christians are stewards, not owners but politically on earth that makes little distinction). If that right to one’s life is real then we must be allowed to own the property that sustains that life, otherwise we belong to another. It is the realm of private property that prevents governments from controlling us unjustly, as I discussed here. Try as he might the Pope cannot find a Scriptural blessing on the earthly control of some property by others through violent state action.

However, for now, I will set aside this point and simply discuss (again!) why coercive state action is not effective. Yes, Francis wants a good outcome, yet he continually pursues a path that harms those he wishes to help. It should not surprise anyone of faith that what works best for humanity is also most consistent with the Gospel. I do not wish to tread over much trodden ground about the benefits of a free and open society. If you want material prosperity, then you need a truly free market (not the hampered one of today but a really free one). Yes, this may lead some to be overly materialistic and rapacious consumers. If, however, I had to choose between humanity having too much or too little, I choose too much every time. Consider that it was the fate of humanity throughout history, until just the other day, that we stood on the precipice of starvation and death. It was a market, far freer than not (and far freer than today) that lifted humanity from this swamp of material despair. If it created some piggish consumers, then that is a small price to pay for the massive upward surge in every meaningful measure of human material prosperity.

It is also equally true that a truly free and cooperative society is one which will foster the Pope’s goal of creating stronger human relationships. You cultivate true human fraternity through peaceful cooperation. You cannot do this by infantilizing adults who you obviously think cannot prosper by their own nor assuming that in the absence of government people will not take care of those who truly cannot care for themselves. Treating people this way does NOT honor them nor does it uplift them, it impoverishes them spiritually and materially.

I believe Francis when he decries a politics driven by large and powerful groups who control the state and that he wants a dignified life through work. If he wants to be consistent then he should seek to diminish the power of the state that is the agency of oppression and the destroyer of productive, dignified work. He must set aside the language that drives him to speak of “political love”. This is a contradiction. Not even the Pope can square a circle.

All that Francis wants (which is genuine and good) can only be achieved by limiting (or eliminating) the instruments of power that a fallen humanity will use to oppress their neighbors.