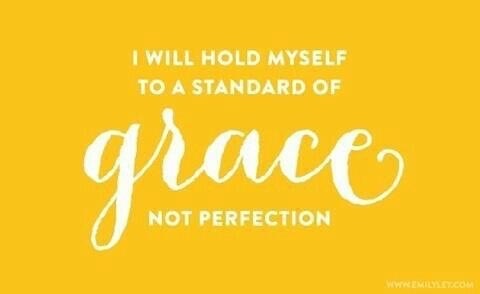 It is certainly true that much of what humanity has built that last 250+ years is a result of Enlightenment ideas. The upsurge in human well-being that occurred with the rise of capitalism was a direct result of the implementation of Enlightenment ideas. The core of these ideals is an emphasis on reason and individualism and a turning away from a blind obedience to tradition. It is these ideas that gave rise to constitutional republics and limited government based upon the rule of law. This gave protection to property rights and allowed for an accumulation of capital that made humanity more productive than ever and created a world of comfort unheard of before and spread that comfort more widely than ever before.

These ideas percolated through the 17th century via philosophers like Descartes, Locke and the scientific work of Newton. They gained full expression in the 18th. century via exponents such as Kant, Goethe, Voltaire, Rosseau and Adam Smith. None of the main ideas is at odds with the precepts of faith. In fact, many of these intellectual giants were people of deep faith. Even the notion of separation of church and state, espoused especially by those not possessed of faith, is consistent with the way God would have us treat one another. There is much to cherish in the Enlightenment and the world they bequeathed to us.

Except, for one idea that seemed innocent enough at the time but in fact is deeply problematic; the perfectibility of humanity. This is a core idea of the Enlightenment that is that one step too far that humanity always seems to take. The perfectibility of humanity as it was espoused by Enlightenment thinkers, was independent of God and anything God would give humanity. This is for Christians unacceptable as we hold that we can only be made perfect through Christ and not in this Age. Fortunately, we don’t have to be perfect, for we have been freely given Grace from God.

There is a massive practical problem with this worldview as well. This worldview was best described by Thomas Sowell as an “unconstrained vision” of humanity. What he means is that if you believe in the perfectibility of humanity then you can change basic human nature; mold it and design it to whatever you desire. You should see the danger in this immediately. If humanity can be molded, changed and perfected then what is to stop the ultra-righteous (religious or not) from trying? What are a few (or few million) lives lost compared to the perfection of humanity? People possessed of this kind of certainty are perhaps the most dangerous people on the planet.

It is not as if we don’t have experience with this type of vision in action. It starts with ideas like those advanced by Rousseau to the French Revolution, which quickly descended into mass terror then slid into dictatorship. It moves on to the ideas of Karl Marx, who was very much a child of the Enlightenment. From there it goes to Lenin and Stalin and the horrors of the Soviet terror famine and the totalitarian state. It infused the rantings of Hitler and Mao and Pol Pot. In short it was the animating force behind the parade of humanity’s worst figures and most horrid episodes. What all of these ideologies and the ideologues that promoted them have in common is their utter confidence in the perfectibility of humanity and the willingness to throw massive human carnage into the effort. Common amongst all of these movements is the utter disdain for those who do not share in them. They treat them as subhuman as Untermensch. It becomes oh, so much easier to liquidate entire classes of people when you strip them of their humanity because of differing beliefs.

The truth is however, that it is far more human to reject this arrogant view of the perfectibility of humanity. Humanity is in modern parlance, shitty. We are amazingly shitty creatures, not evil; God would not create evil but shitty because of our own choices. As evidence I offer all of recorded history. Our only really notable moments are when we manage to be somewhat less shitty. It should give one goosebumps to think of what we could achieve if we weren’t so shitty. Whether we use the elegant language of Augustine or the modern idiom I used above it is far more in accordance with the fallen reality of humanity to reject the notion of perfectibility. For all the Enlightenment’s focus on reason (and it is how we can best manage here on earth), it is unreasonable to think that humanity is perfectible.

None of this is a rejection of the idea of human progress. We can and have often progressed, especially in the capitalist era since 1750. There is, however, nothing set in stone that guarantees any of this progress. The actual history of humanity is one of fits and starts, progress and regression. Yes, in the capitalist era since 1750, we have seen more progress than the rest of human history combined but it can be reversed. There are troubling signs that as a result of the rise and resurrection of bad ideas (shitty?), such as the perfectibility of humanity that we are beginning to stagnate economically, which may be the harbinger of actual regression. Yet, we can always hold onto the hope that we can make progress. But it requires constant work and vigilance.

To take this position is a much humbler and more circumspect one. This humility recognizes that we are fallen creatures and that we can only be made perfect in and through Christ, and not in this Age. It leads us to more closely follow the ideas of radical love and inclusion presented in the Gospel rather than to think that we can achieve what God does with the wave of a hand. From this circumspection flows a social order that is more consistent with the Gospel message and not at all coincidentally more practically prudent. It should lead us to become small c conservatives; a people committed to the notion that if you want to change the world, start with the person in the mirror. This is a rejection of small l liberalism that holds that we can forcibly change human nature. The road from Enlightenment hope in the perfectibility of humanity to the gulags and the ovens is very much shorter than we realize. This is not the path walked by our Savior and it is not the path God wants us to follow.

In the end, the best advice I have heard comes from my former pastor, who often taught that God is God and we are not and that most of humanity’s problems stem from forgetting that truth. Let us by the light of Christ lead people toward a humbler walk with God, always remembering that it is us who follow Him.