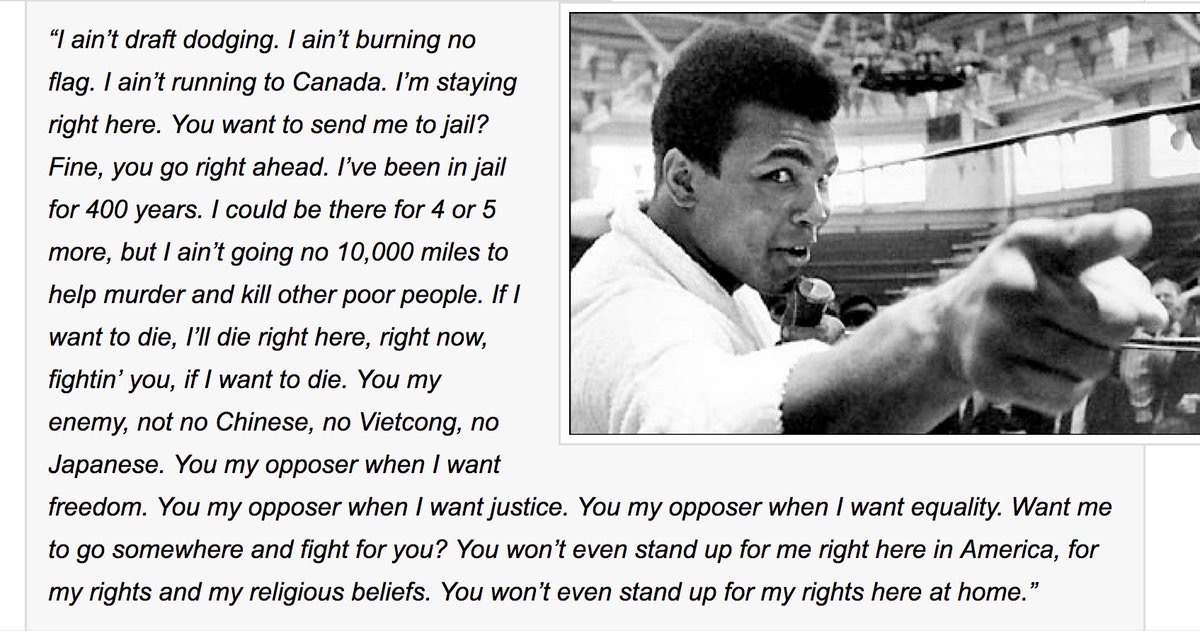 Work stoppages among athletes made the news this past week, as the Milwaukee Bucks protested the latest killing of a black man by police by refusing to take the court against the Orlando Magic in their playoff game. This led to the NBA suspending the playoffs for a few days as well as other leagues postponing games for a few days. This got me thinking about the nature of celebrity advocacy and what a good exemplar of advocacy looks like.

First, whether or not athletes perform does not, in and of itself, matter to the social and political reality we are in. If the NBA never existed, we would still have the social and racial problems we do today. The same is true of any sport or any particular athlete in a sport. However, it is entirely possible that athletes who take a stand can make a difference in the societal debate. This is true to some degree or other of all of us, which is why it is important to take a stand. What matters in all of this is to recognize the source of the platform that these athletes/celebrities possess. The source of these platforms is the work these people perform. If a movie star stops filming, there goes their platform; the same is true of an athlete. It seems that some in the NBA, notably LeBron James, fail to understand this. Fortunately for the NBA, their union representative, Chris Paul, did understand this and encouraged the league to get back to business.

So, recognizing all of this, the question becomes; what is an admirable way to take a stand for a celebrity or athlete? First, be clear about what you stand for. I don’t mean you have to produce a ten-point plan but be clear. If you are spouting vague generalities, then you are not likely to be very effective.

Also, it is vitally important to not be a hypocrite. Be consistent in the values you are espousing and never let base motives interfere with the stand you are taking. Hypocrisy is quite obvious, and it will diminish your effectiveness. It is notable that even Jesus was quick to call out those who were hypocrites. To dispel the potential charge of hypocrisy, it helps to actually put something at risk.

So, given these basic guidelines, who stands out as a particularly admirable celebrity advocate? The finest example I can think of, the standard by which all should be measured is Muhammed Ali. Ali never misunderstood the source of his platform. He knew it was his greatness as a boxer. He practically invented the notion of an athlete as self-promoter and advocate. Since he knew this he never sought to not work or to engage in a boycott. He was always willing to perform, for in performing he was able to achieve his goals, both in the ring and outside of it.

Ali, also, was very clear about what he stood for. His first controversial action was his name change. He changed his name because in his mind his given name was redolent of slavery. God called Ali to a different faith proclamation and as a part of that it necessitated a name change. He was not trying to force others to change their names only to respect his decision. The stand was a simple stand for the basic human right to be called by a name that you choose. This is also what led Ali to take a stand in favor of the civil rights movement.

The next and more controversial stand that Ali took was his opposition to the Vietnam War. Ali was called to be a man of peace and saw war as an abomination before God. He also understood that the war had nothing to offer the black community and that it was only a violent distraction from the real problems that blacks faced at home. As he put it at the time “no Viet Cong ever called me ni***r”. He rightly understood that the only agency that could harm him or the black community was the United States government. That was his reality and the lived reality of black Americans. His stand was clear, he understood the issues.

His stand was also incredibly principled. He personally had to live out his beliefs in a way that most of us never do. Ali risked everything for his beliefs. He stood his ground against the United States government by refusing induction into the U.S. military during a time of war. He risked his freedom, possibly his life and certainly his livelihood. Far from seeking to boycott his work, Ali was prevented from working, stripped of his title and forcibly kept out of the ring for four years during the prime of his career. This was no cheap grace the man was living. He walked the walk and suffered for it. Yet he never bent and never gave in. There was absolutely no hypocrisy in his stand or his actions. That what “keeping it real” looks like.

I would contrast this principled stand with that of LeBron James. Mr. James, while speaking clearly about injustice here in the U.S. failed to universalize his concern for human rights when he not only couldn’t see clear to criticize the Chinese government’s oppression of Hong Kong but actively criticized those in the NBA who did. Could it be Mr. James had too much money riding on his Chinese ventures? I do not know but it was a feckless show, nonetheless. In contrast, Ali spent the entirety of his post-fight life advocating for and traveling the world seeking ecumenical understanding and working as a man of peace.

In the end, I have no doubt that most NBA players are sincere in their desire for justice for the Black community. As a predominantly African American league they are all too aware of the challenges that people of color face in this country. Many of these athletes are taking principled stands and are clear about what they want and are willing to put themselves on the line. I only offer the example of Muhammed Ali to show clearly where the bar has been set and for the rest of us to measure ourselves and others in our success in meeting that bar.