The Freedom to Disassociate 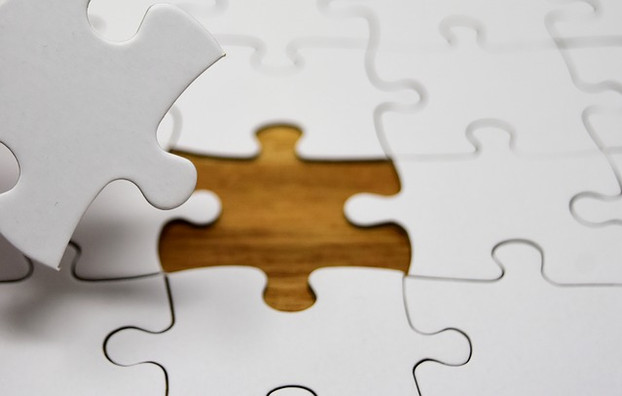 Freedom of association is in the news again, as the same bakery in Colorado is facing another legal fight over its refusal to bake a cake celebrating transgender rights.  This has often, if not always been portrayed as a religious rights issue, even by libertarians.  In a broad sense it is certainly a religious rights issue but mostly it concerns the more fundamental issue of the human right of freedom of association.

There may not, in fact, be a more foundationally, fundamental right for humans than that of freedom of association.  No one argues with this formulation.  What they do instead, especially those on the left, is to chip away at it in practice. They like to argue that; yes, you have freedom of association, just not the freedom to discriminate.  This presupposes that there is a difference between the two.  There is not.

Every act of choosing, which is to say every action, is discriminatory.  You pick this toothpaste over that, one car over another, one restaurant instead of the other.  Every choice is discrimination, it cannot be otherwise. If you have the right to associate you must also have the right to disassociate.  Most people don’t want to associate with felons, or drug users or liars, etc. No one argues that this is wrong, yet it is discrimination. What people who want to differentiate between freedom of association and discrimination are really saying is that they will determine the grounds upon which you may associate.  They will reserve for themselves the determination of the criteria for your associating or not.

The reason why this is immoral is that this expropriation of control from one individual to another is an expropriation of their very lives.  If you cannot control where you go, with whom you associate and maintain control of the fruits of your labor, then you do not own your life. Yes, I recognize that Christians should view their lives as owned by God and that we are only stewards, yet legally it is manifest as ownership as it must exclude control by others.  If you do not, therefore own your life, you are nothing but a slave.  Obviously, there is a large difference between some laws that dictate the grounds upon which you may discriminate and outright chattel slavery.  However, this difference is one of degree, not of kind.  You are on the path toward outright slavery, whether you realize it or not.  All that separates you from the logical end to this line of thinking is the good will of the political system, which is a thin reed indeed upon which to hang our God-given rights and dignities.  Additionally, as we move further along the spectrum of control of our lives and associations, the process gets ever more violent and controlling of minute and intimate details of our lives.  The fact that we have gone from discussing blacks being allowed to sit at restaurants and vote to something as relatively inconsequential as baking a cake is testament to the path we are on.

Those who favor such laws will claim that opposition to these laws amounts to giving sanction to racists and bigots and why would you want to align with them.  Don’t fall for this illogic.  First, legal toleration is NOT the same thing as moral acceptance. Second, yes, even racists have rights. Everyone has the same rights to non-violent behavior as anyone else, even if they are in a retrograde minority.  Third, as a matter of history, almost all of the laws protecting certain groups from discrimination came after societal acceptance of the members of these groups as deserving of participation in society.  Also don’t fall for the “we live in a democracy” argument. Moral rights don’t accumulate, and the many do not have the rights one does not possess.

Those who support these types of laws will also make the argument that these laws only apply if you are offering a “public” accommodation, such as a restaurant, hotel or other retail business.  This represents the arbitrary separation of economic rights from civil rights. Ownership of one’s life cannot be so separated.  If you own your life, then you must own the non-violently acquired means to sustain that life or the concept is meaningless.  If you “own” your life but the government controls the food you eat then they own you.  Entering the marketplace in any capacity does not cede to others your fundamental human rights.  Doing business is not a privilege, it is a right by virtue of your humanity.

So, what does this mean practically?  Well, we should oppose the “Civil Rights” laws as they are constituted.  This is a losing argument politically; I know, but it is the correct one morally.  It means we must reject all manner of regulation of commerce and human associations regardless of the ostensible rationale.  This moves the argument away from a narrow religious liberty foundation to a broader notion of fundamental human rights of association and contract. Yes, the bigots will cheer when they realize that they could choose to not serve blacks at their restaurant but would be less cheerful when we point out that this means you cannot restrict immigration either.

On the whole, it moves the debate out of the political sphere, where it is violent by definition and moves it into the social sphere where the marketplace of ideas can move society in a healthier direction without stripping people of their human rights. As I pointed out, these laws generally came after a societal change of heart not before.  In fact, the relatively free marketplace has a pronounced tendency to break down these social, racial and religious barriers. Think about why there was ever a need for Jim Crow laws in the South if the marketplace was strictly segregating people by race.  It was precisely because the market was ignoring these differences that the racists needed to use massive governmental control to enforce their ideology. So practically as well as morally the better position is always the one embracing freedom.

So, what as Christians should be our stance?  We, of course should not discriminate on the basis of irrelevant factors such as race, gender, sexual orientation or creed.  We should live as Jesus taught, with love and charity toward all, even our enemies.  We should never tolerate bigotry and hate from any quarter, especially those who claim to be Christian.  The Gospel is the good news of Jesus Christ and His saving grace.  Living it in our lives, is the best way to bring people to God and move society truly forward.