The Eroding Foundations of Freedom 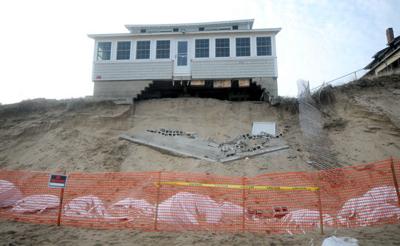 First, tolerance. It is my contention that we are a far less tolerant society today than we were in the past. At first thought this would appear false. I mean, we have clearly more racial toleration today as well as toleration for a variety of lifestyles that would not and were not tolerated in the past. We have even become more tolerant of recreational drug use. While it is true that we are tolerant of different things than we were, say forty years ago, that is not the same thing as being more tolerant overall.

Take same sex relationships. Yes, we are more tolerant, even to the point of legal recognition. I think this a good thing. But, consider the intolerance for those of a more traditional mindset that consider this lifestyle wrong or sinful. Not that these traditionalists are openly advocating restricting the rights of gays, that they even privately hold reservations about this lifestyle opens them up to ridicule and shaming. It has become unacceptable socially and even politically to cut against the majority in society; you and your right to live peacefully as you choose are not to be tolerated.

We have seen the rise of a “cancel culture” online and in social media, that shuts down civil discourse and discussion. This goes even to the point of “doxing”, which can seriously jeopardize someone’s physical safety. We have seen campus shutdowns and cancellation of those with opposing viewpoints; because, God forbid, we get exposed to a differing point of view, especially on a college campus. Opposing viewpoints are not seen as opportunities to learn but as a “microaggression”, that serves to justify a forcible response to stop it. We have seen the growth of policies of social media companies that enforce group think and intellectual orthodoxy (not that this is not their right as private organizations) that expose a deep level of intolerance.

This intolerance is not just about speeches on campus but extends to the core of political discourse itself. Those of another party are not just wrong or hold a differing point of view; they are actually EVIL, or worse, UNPATRIOTIC. We no longer socialize with those who are different, we live apart and we don’t even accept the same things as facts. There is even a disturbingly large percentage of members of both major parties willing to contemplate violence as being justified if the opposing party wins the upcoming election.

Along with this is an economic intolerance that claims you must be licensed to perform work as witnessed by the growth of such laws. I have written previously about the intolerance for free economic choice that makes hypocrites of those claiming to be in favor of free choice for people in the living of their lives. We see by the rise in statist sentiment in both parties that is driven by an intolerance for the success of others. Not just a justified criticism of those getting wealthy via political connections but a criticism of the notion of wealth itself; it simply is no longer tolerated. All this is magnified by the sheer breadth of what is considered fair game for politics. It is the growth of governmental power that ratchets up demand for governmental largesse and so raises the stakes in the political fight to the level of a Texas cage match. However, this is preceded by the idea that we no longer have to be tolerant of each other’s life choices or property or physical boundaries. It was intolerance which did much to change the “rules of the game” and so set in motion the dispiriting results we see today.

Along with this and in a feedback loop with intolerance is the notion that we are no longer resilient people that can overcome problems. We are now seen as victims of the world in need of “rescue” by the governmental parent. It is the negative (an intolerantly unacceptable) actions of others that have caused all our pain and so we must take drastic action to remedy this situation. We no longer trust even ourselves, much less others, to solve problems in a cooperative fashion. No, we must impose a “solution” from on high by pleading to some oracular high priest of the god-state to come and “save” us.

Everyone expects government to “do something”. Whether it is a natural or economic disaster most turn to the government to solve all the problems and keep us safe (never mind that government causes economic dislocation and makes natural disasters worse). This sets in motion a dynamic of almost unparalleled governmental overreaction, as no elected official will ever be truly criticized for doing too little. All the most vituperative criticisms of the Trump administration as well as many of the governors of various states during the pandemic centers around not “doing enough”. The political costs are few for overreacting but truly painful for supposedly underreacting. The response to the pandemic only highlights this phenomenon.

It would be easy to blame Millennials for being “snowflakes” but I think that is overly simplistic. It is just as legitimate to blame the WWII generation for raising a generation of overly cosseted take everything for granted brats as to blame the current young. In any event it will be the Millennials who pay the awful price for what we have bequeathed them. They would be truly justified in hating us, if they had been taught any actual economics that is. I will leave it to sociologists to determine the whys of all of this.

For our purposes it is enough to understand that if we have neither tolerance, in all its forms, as well as a sense of resilience then we cannot long have a free society. The politics follow the ideas, they always have and always will. As this nation turned from a notion of freedom, tolerance (however imperfectly implemented) and resilience that we can overcome our problems cooperatively, to one of bigotry toward others and a deep sense of our own victimhood, the politics of envy and theft grew apace.

There is no easy way to reverse this except to fight ceaselessly and civilly for a better set of ideas, informed by our exemplar Jesus the Christ. He never failed to take a stand in favor of service to the will of the Father, for Himself and for us, but also never imposed His desire on any by force, this is the essence of toleration. In addition, He never doubted His ability or ours to follow the will of the Father and solve the problems God puts before us on Earth. It may take a complete breakdown of the system before we can recover our lost heritage and rebuild the foundations of freedom. Perhaps Christian historiography is an endless cycle of death and rebirth. I hope and pray it does not come to this as the costs borne by, mostly the innocent, will be horrific. As we see how all of this plays out, all we can do is what God expects of us; to do the best we can.