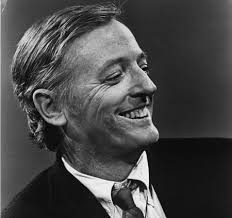 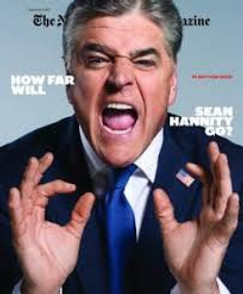 Growing up in a conservative household with parents who were intellectually engaged surrounded me with a plethora of conservative writing and thought.  What sticks in my mind most was the steady stream of work by William F Buckley Jr. and the intellectuals he assembled at the National Review magazine.  He had a mix of academics and journalists who wrote on the matters of the day.   Notable was the academic author Russell Kirk, author of the widely regarded book The Conservative Mind.  There was initially in these circles a variety of perspectives from traditional conservatives to nearly anarchist libertarians. In time, especially during the Vietnam War, this variety was displaced by a more traditionalistic, anti-communist perspective.  It was certainly an interesting intellectual environment to which I was exposed as a youth, to say the least.

Let’s be clear, I am speaking of conservative intellectuals.  Those people who deal in ideas on a day to day or retail level.  I am not speaking of academics specifically nor am I speaking of politicians really either.  These are people who may not have originally generated these ideas, but they popularized and spread them to the general engaged public.

Looking back, I can see where I have evolved to a point where I do not share much at all in common with this traditionalistic conservative philosophy.  I long ago ceased to call myself a conservative in favor of, first a libertarian, then later an anarcho-capitalist.  I came to reject the notion that there was some organic entity called society outside of the individuals who made it up.  I also rejected the idea that in pursuing a traditional, virtuous society anyone has the moral sanction to use the coercive power of government to implement their version of the good.  In the end they advocated a collectivist philosophy, without the explicit socialist language.  After a time I found myself standing with Hayek in proclaiming that I am not a conservative.

However, in looking back I can clearly see that those writers who popularized conservative thought, people such as Buckley, Kirk, William Rusher, Jeffrey Hart, John McLaughlin as well as dozens of others I won’t bore you by listing, were intellects of the first order who were to be respected.  A good history of this thought can be found here.  These were people who could THINK.  The one thing that marked their thought was their steadfast refusal to engage in moral equivalency.  They took opposing ideas seriously and attacked those ideas headlong.  In the process they actually showed civility toward their opposite intellectuals.  They were gracious, polite, avoided ad hominem attacks and stunningly by todays’ standards allowed others to finish their sentences.

Now today we often see what is called “whataboutism” used.  This is actually a legitimate tool to expose another’s hypocrisy.  If for instance someone claims, as former Obama foreign policy advisors do that the President is way off base in suggesting an attack upon Venezuela, one might respond by saying: what about Obama’s intervention in Libya, Afghanistan and the drone war?  It should not be the sum total of an argument, but it does have its place.

Moral equivalency is, however, marked by the tendency to respond in total by saying: “yea my side did such and such but so did yours.”  Or “sure Nixon is a criminal but so was Johnson.”  These conservatives manifested this rejection of equivalency by refusing to admit that the U.S. had engaged in awful actions just like the Soviet Union (even though they were factually incorrect in doing this).  Nonetheless they adamantly refused to defend a position by claiming any moral equivalency.  They would instead make a positive argument for their viewpoint.  I often disagree, rather strongly at times, with their positions but in retrospect I respected the process by which they argued.

Contrast that with today’s conservative “thought”.  In defending the conservative position all that comes forth is ad hominem attacks, disparagements of the character of the opposition and a claim that your side is worse. Think about the fact that we have gone from Buckley’s Firing Line to Hannity; from the McLaughlin Group to Tucker Carlson; from Buckley’s God and Man at Yale to Ann Coulter’s racist books about foreigners’ and liberals’ malevolence.   We have witnessed, within one generation, a devolvement from civility to screaming.  Buckley would have not only set times for each participant to speak but also had a moderator who would, in a civil fashion, offer a critique of both speakers. Today Hannity and Carlson can’t go 30 seconds without screeching about how the other side is worse than anything they are accused of.

None of this is explained by the rough and tumble of electoral politics, as though this discourse were necessary to elect someone other than a liberal.  Ronald Reagan was elected with the intellectual support of these writers and thinkers and was in fact himself, contrary to criticism at the time, very well versed in this thought.  So, if any claim that this is required to elect Trump or other “conservatives”, that is proven false by the actual history.  That Trump does not even care about this or any other thought and simply mimics what he sees from todays’ conservative commentators speaks volumes about the state of conservative intellectualism.

Some may claim that the Left does all this as well.  Too a degree perhaps, certainly as it pertains to their Trump Derangement Syndrome. The Left does, however, have some honorable people who will civilly engage opposing viewpoints and manage to have an actual conversation with their opposites.  However, the Left, then and now mostly goes on smugly acting as if there is no other viewpoint.  This is why the evening talk shows of liberal MSNBC are almost always bereft of conservatives, whereas Fox News’ stock in trade is bringing on liberals to yell at.   The salient feature of Leftist thought is not that it has devolved but that it has really not changed at all since the time of Karl Marx.

I recognize that all of this may be a product of nostalgia for my youth.  However, I genuinely believe that it has been the case that the conservative intellectual movement is exhausted.  I offer no clear reasons for this, only an observation that it is so. I will argue, though, that overall discourse and conversation is worse off for this development.  I may not share much in the way of agreement with conservative philosophy, but it seems that the discussion cannot but be helped by a vibrant, civil, conservative perspective.  Now if we can only get the Left to stop acting like its 1848.