The Danger of Trump Derangement Syndrome 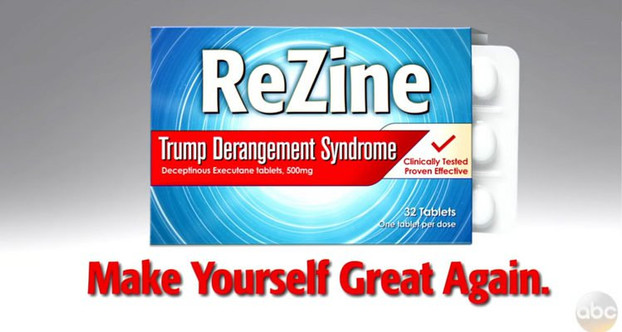 That Trump’s critics have risen (or fallen?) to new levels cannot be gainsaid.  Pundits, senior political figures and former government officials have all concluded that he is guilty of treason.  This is truly unique.  It is true that the right became unhinged at Obama and the left at Bush.  In neither case did so prominent a set of figures as former CIA directors and the minority leader of the Senate call either of these two traitors.  Let’s also be clear this derangement only has to do with foreign policy.  Trump’s domestic policies have generated the standard response to a Republican.  All the hysterical anti-Trumpism revolves around foreign relations.

What is it about Trump that makes them call his behavior treasonous?  I think it has little to do with his behavior and everything to do with Trump himself and those who support him.  If you look at Trump’s language in challenging some of the foundations of U.S. empire, it is not all that different than Obama or Bush.  Obama in 2008 called for an end to “dumb” wars and trumpeted the fact that he was opposed to the Iraq War in 2003.  It seemed, briefly, that a peace candidate was ascending to the White House.  For Bush’s part he specifically argued against “nation building” and advocated a “humbler” foreign policy.  Neither of these two faced the cascade of criticism that Trump has faced.  So let us set aside the notion that it is Trump’s language about NATO or the futility of recent wars that has by itself set people off.  Almost every candidate talks a good game about a peace-loving America and resetting our foreign relations to make them calmer.

Perhaps the anti-Trump hysteria comes about because the Russian meddling in U.S. elections is unprecedented?  Doubtful. As this article points out the U.S. has been aware of these attempts by Russia for a long time.  As long ago as the 1970s the Russians have been trying to sow discord and doubt into the U.S. electoral process.  The U.S. has been very aware of this as have the media.  In all that time and with all those meddling actions, never has the reaction toward a president been like the rhetoric directed at Donald Trump, precisely because the right candidate won.  The 2016 Russian meddling was not even particularly noteworthy.  It was a ham-fisted PR campaign that spent $100K or so on Facebook ads.  This is a fraction of the total that each campaign spent in the final months against each other.  The freak-out by septuagenarian Senators over the “impact” of this effort makes me think they are still trying to log on to My Space.  In any event ALL nations meddle in the affairs of other nations to one degree or another.  The U.S. of course is the undisputed champion of meddling in the electoral and governance affairs of other nations as this article ably points out.  It got so obvious how we helped Yeltsin win in Russia in the 1990s that the effort made the cover of Time.  This does not justify Russian interference but helps to put it into perspective.

Maybe the hysteria is because Trump is giving away the store to the Russians?  Nope, all is as it has always been.  U.S. policy has changed hardly at all since Trump took office.  His administration is arguably tougher on Russia than Obama’s. The sanctions have remained in place and been expanded.  NATO is continuing its expansion into the Baltic States on Russia’s border.  The U.S. is now providing modern weapons to the Ukraine (not even Obama would do that) and we continue at cross purposes to Russia in the Middle East.  If Putin bought Trump, a charge as yet unproven, he got a lousy bargain.

In reviewing all of this I can only conclude that it is the person of Trump himself that is driving all of this hysteria.  I mean there is much to criticize about the man.  He is a braggart and a bully.  He is a misogynist and likely a racist.  He is clearly a philanderer and a sexual predator.  I know, I know, most of our presidents fit this description but Trump is so obvious about it all.  More than that though Trump has always been unable to break into the final rarified top echelon of U.S. society.  He was unable to buy into the NFL, he has always been on the outskirts of “polite” society.  He reeks of new money, he is a vulgarian.  He is the quintessential Barbarian at the Gate.  Even among those who are not super wealthy, like the foreign policy elite, he is held in contempt as not worthy by breeding or training.

This is disdain is also directed at those who most ardently support Trump.  He appeals most directly to white working class males.  These are the ones Obama derided as clinging to their guns and bibles.  The salient fact about the e-mails hacked from the Clinton campaign is that they were not disinformation.  They accurately described her entire campaign’s utter disregard for large swaths of the white working class and the religiously observant.  It only confirmed what people suspected of her; that she was a snobbish elitist who acted in a totally condescending manner toward all but the social elite.

This dovetails with their perceptions of his rhetoric in “thinking out loud” in challenging some of the foundations of U.S. imperial policy.  They are freaked out by this language from him, as opposed to other candidates, because Trump is not one of them.  They are just not sure whether they can control him.  Never mind that he has not strayed from imperial orthodoxy in word or deed, he is not ONE OF THEM and neither are his supporters.  That is the variable that makes all the hysteria understandable.

Why is any of this dangerous?  It is dangerous from a policy perspective because it is designed to box Trump in politically to enact harsh and ultra-provocative policies vis a vie Russia. The strategy is to force Trump into these policies in order to prove he is not in Putin’s back pocket.  They wish to strip him of his innate instinct to talk and deal, which regardless of the policies is never a bad thing except to the empire lobby.  Providing modern weapons to Ukraine is a dangerous provocation. Never mind the injustice Russia has visited upon Ukraine, they see this as part of their core interests.  For comparison think about how the U.S. would react if Russia armed a pro-Russian government in Mexico.  Another area of serious provocation is the expansion of NATO. Western troops are now on Russia’s border.  There is even talk of moving U.S. troops from Germany into Poland.  This would be a serious error.  Seared into the Russian consciousness is the memory of thrice being invaded by western nations via the flats of Poland.  Not a good memory to inflame in a nuclear armed paranoid state. There is also the risk of serious miscalculation in the Middle East where U.S. forces are much closer to engaging, by mistake or otherwise with Russian.  The avalanche of bad outcomes could be truly apocalyptic. Trump’s instincts are not altogether healthy to begin with, pushing him toward further antagonism toward Russia is insane.

The other reason why this Trump Derangement Syndrome is so dangerous is that it whitewashes U.S. history and lays the foundation for continuance of the immoral U.S. empire. To exceptionalize Trump is to normalize all the other presidents and to make their more button-down terror policies more palatable as this fine piece lays out.  When the policy elites wax nostalgic for George W. Bush they have completely derailed.  The polite, well spoken, friendly approach to being president masks the continual awfulness of U.S. policy.  The goal is to crush anyone who is not a part of the “elite” and who does not completely bow to the precepts of the empire.  In short the imperial elite want one of their own who they can control and who will without question continue current U.S. policy.  The “resistance”is only concerned with maintaining their status and their control.  Never mind that the policy has not changed they cannot even stomach such a vulgarian who might slip beyond their control and who represents “all the wrong sorts of people”.

It is fine to oppose Trump, I do continually, as I do all war criminals.  We must however, do so responsibly.  We cannot let our opposition become a tool for another group’s violent agenda.  God’s people must not allow either the whitewashing of history nor the push toward ever greater provocation of a nuclear armed nation.  Enough innocent blood has been spilled by a fallen humanity for us to quietly allow this to continue.  At the very least we must not become complicit by our silence.