The Collective Problem of the Progressives 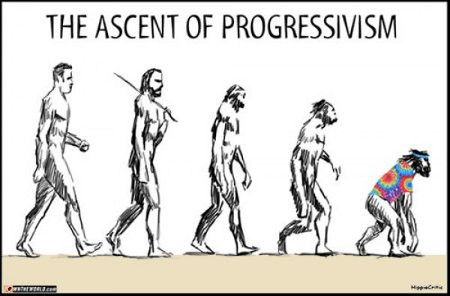 Socialism is all the rage these days as witnessed by the favorable, fawning treatment given to newly elected Representatives such as Alexandria Ocasio-Cortez and other new House members. What marks these figures as unique is their commitment to a collectivist philosophy.  This collectivist mentality is not limited to hard left publications such as Mother Jones, The Nation, or Current Affairs but is represented by major elected officials in the Democratic party.  People like Senator Elizabeth Warren and her famous claim that “you didn’t build that alone”. Or New York mayor Bill de Blasio’s direct attack on private property.

Undergirding this is not simply the idea that you can transfer wealth and property from one group to another as a political expedient.  All factions of both major parties believe this (In their own way the Right is socialist as well but that is for another post).  But modern Progressives believe that individuals themselves don’t have rights or even really existence outside the collective.  This translates into the notion that property should not be privately owned and that only the collective or common should control society.  The claim is that private property is itself violence as it keeps the collective from exercising its rights and that the collective’s expression and control of public (and private) life is the only philosophy that is truly liberating.

This philosophy is coupled with reverent intonations of support for DEMOCRACY, however ill defined. It is the idea that only via collective voting is a social framework given moral legitimacy.  These ideas arrive with high sounding rhetoric and noble expressions of our shared humanity and disdain and revulsion at anyone who would dare to question the underlying philosophy of the “new socialist moment”.

Needless to say, I think this is bunk.  Let’s break this down three ways. First, we need to look at the illogic of a collective mentality, then review the hypocrisy imbedded in this outlook and then see why no follower of Christ should embrace this view.

It is beyond human reason to think of a collective as having rights.  To get at the essence of anything you need to look at the building block or smallest reducible unit.  Regarding the question of societies that unit is the individual human actor.  Society is nothing more that the sum of individual human actions.  It is people coming together for a cooperative venture based upon what they deem to be in their best interests (and no, this does not mean selfishness).  It is a recognition that humanity can accomplish more by cooperating than it could otherwise.  All of material culture and civilization is based upon this premise and that premise starts with individual human choices.

I know the response from the Left: we all live in a group and in fact are born into a common social structure, so this is how we should conceive of human life and rights.  While it is true, we are born into groups; families, tribes, and communities, we have to logically take the view that it is the individual actor that is the driving force behind social development.  It is a position known as methodological individualism and was best defined by the economist Ludwig von Mises.  A more colloquial definition was provide by the anarchist author Frank Chodorov, who noted that before you can have a crowd, you have to have one.  Groups can only make decisions and take actions based on the expressed preferences of individuals, any contrary position defies basic logic.

Let’s turn to the ultimate hypocrisy of the progressive collectivist viewpoint.  Collectivists will tell you that only via “democratic” processes can social actions be moral and righteous.  This is ridiculous.  Democratic processes have a binary outcome; winners and losers.  The losers can either submit, fight or flee. Really empowering!  There is no notion of the rights of those on the losing end of these votes.  If the individual is the building block of any society then that is where we must look as to where human rights exist. Democracy destroys these rights in favor of a majority dominance.  In the end the collectivist doesn’t care about those on the losing end of the “common goal” (until he does, as we will see in a moment).  It is a philosophically and morally hypocritical position to act as if a vote confers rights and privileges that let you do whatever you wish to those on the wrong end of an election.  Moral rights don’t accumulate.

In any event the progressive does not really believe in democracy.  If asked: what if a majority voted to, in the name of the common good, reinstitute chattel slavery, are you good with this?  After all, it is democratic.  Of course, they would reject this, as would any civilized person. They would state that basic human rights would be protected in their world because no humane progressive would go down that road.  But their opposition to this is not based on a moral bright line but the good will of the majority.  As they would not protect other basic human rights, it would all seem to be a bit arbitrary.

Equally hypocritical is the idea that the left would stand by and let a regime of private property and limited government be enacted by majority vote.  We know this because no collectivist regime in history has allowed it. From Lenin’s USSR to Mao’s China it doesn’t happen.  Lenin called it the “vanguard of the proletariat” to justify the undemocratic impulse.  As in all democratic arrangements the Iron Law of Oligopoly takes over. The fact is that the Left has a specific ideology that they think is correct and they will use whatever means, democratic or not to enact that program.  It will all be for the “common good” of course, even if the common people don’t want it.

Equally hypocritical is the spurious idea that collective ownership of property and economic life is liberating.  In the collective you will be free of the worry that you won’t have healthcare, food or fill in the blank.  Except that your life is now owned by the collective/vanguard.  All decisions regarding your material existence are in the hands of the political class.  If you have a right to life, and as an individual you do, then you have a right to the non-violently acquired means to sustain that life.  To put those means into the hands of political masters is to cede them ownership of your life.  As for how minorities and commoners are treated in such a regime vs. a private property arrangement see this wonderful piece.  The hypocrisy inherent in this worldview should alone lead us to reject it.

We should however, reject it as followers of Christ.  Jesus clearly asks us to love all, even our enemies.  We are to care for everyone as best we humanly can.  For prudential reasons alone this should lead us to a private property regime at it works and socialism doesn’t.  But more to the point, Jesus does not confer rights or responsibilities on an abstract known as “society”.  Jesus, always and everywhere, calls us to follow Him as individuals. He offers us eternal salvation and the grace to make this happen.  He asks each individual to make a choice, follow God or not.  It has been the same choice humanity has been offered since Adam. God loves and cares for each of us as unique children.  We are truly all called by name.  We as Christians have more than enough reasons, theological and practical to reject the “progressive moment” and to work for the establishment of a Jesus moment.

Praise Be To God