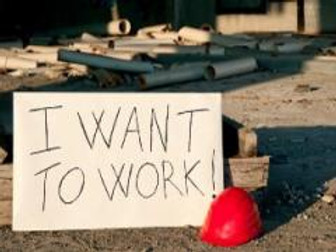 A repost from 2019. Those that truly wish to help labor should remove government from the economy:

Labor Day is the perfect time to discuss the various ways that the government screws over workers in this and most other countries. There are three main ways governments achieve this dubious goal; central bank activity, minimum wage laws, and trade policy. Each of these ways lines the pockets of discrete political constituencies at the expense of the broader population and especially the average worker.

Central bank activity (the Federal Reserve in the U.S.), is by far the worst thing to happen to average citizens. In creating money out of thin air the Fed sets in motion the boom and bust cycle that economic illiterates blame on the free market, the biggest losers from which are ordinary workers. In addition, how the made-up money gets injected into the system benefits those who get ahold of this money first. These “first receivers” of the money get the benefit of additional purchasing power before the rest of the economy experiences price rises and a reallocation of relative asset values. The groups benefitting from this are typically; bankers, hedge funds, mutual funds, annuity companies, government contractors, and government employees. The last group to get ahold of any of this money are ordinary workers, who, by the time they get this money, have already lost any purchasing power gains. I went further into this phenomenon here.

In addition to this blatant rip-off, there is an even greater outrage perpetuated against regular workers. All of this Federal Reserve activity shifts resources unnaturally toward the financial services sectors of the economy. This “financialization” of the economy steers capital (another name for tools) toward the politically connected financial class and away from new and better plant and equipment that will make workers more productive and hence wealthier. This is why the financial services sector has grown to such a disproportionate level as a share of the U.S. economy. None of this is natural at it has all been at the expense of average workers as can be seen in the stagnation of median family income in this century. Nobody, right or left has any real understanding of this phenomenon, much less the courage to take on these entrenched political interest groups, which leaves their posturing about fighting for working people more than a little hollow.

The next screw job of working people comes in the form of minimum wage laws. This seems counter-intuitive to many. It seems logical that if wages are higher, then workers are better off. Too many fall for this superficially seductive argument. The fallacy stems from not understanding how wages are set. Wages are just the money expression of our purchasing power. That purchasing power is set by how productive we are in our work. Strip away the money and think about a baker who has 5 loaves of bread that he can exchange for a pair of shoes or a coat. If the baker can produce 10 loaves of bread, then she can have both the shoes and the coat. That is, she is wealthier. It stands to reason right: we, as a species can only consume what we produce, so if we produce more, we will consume more. Keep in mind that the measure of material wealth is increased consumption.

Therefore, if the government arbitrarily pushes up the price of labor beyond the level of market-based productivity then unemployment will result. Either jobs are lost, not created or hours are cut. Either way workers are harmed. It’s true that labor that is productive enough to carry a higher wage will not be hurt but the policy explicitly prices out of the labor market those individuals who are less productive; thereby never allowing them to gain job skills and experience to increase their productivity. This is why powerful unions love minimum wage increases because it prices their competition out of the market. Additionally, it lowers real wage increases, which can only come about from rising levels of productivity.

It is thus not a coincidence that the proponents of minimum wage hikes are also big advocates of unemployment insurance and means tested welfare programs. This is de facto proof that they need additional taxpayer resources to clean up the mess they made by interfering in the labor markets to begin with. To think that arbitrary wages hikes will have no effect is to abandon the law of supply and demand and presume that raising the price of a good or service will not diminish the demand of said goods and services. Some of the effects of recent minimum wage hikes can be seen here and here. I dealt in greater depth with this issue here.

The final main way that ignorant policymakers screw labor is in protectionist trade policies. Arbitrarily raising the prices of goods in the segments of the economy that have effective political connections hurts ordinary workers the most. First, price increases can be more easily absorbed by those in the higher income and wealth brackets. So, the effect of these higher prices is to push down the purchasing power of the lower classes and reduce their wealth. Second, the whole process creates job losses. Yes, the “protected” industries may keep some jobs, but these will be offset by those jobs lost in other areas of the economy or by jobs never created. Paying more for goods better produced by others is a misuse of capital that could be used to make workers more productive. If for instance, you raise the price of jeans by the cost of a hamburger, then you have made a person poorer by one hamburger. For the same amount of money, a worker could have had jeans and a hamburger, now just the jeans. This is not to mention what I discussed last week; that foreign companies need to sell their products in order to buy our products, the same way domestic only businesses do, as well as individual workers do. All of this enlarges the market, reduces costs and creates rising real wages, which is the sine qua non of wealth creation.

This anti-trade protectionism is not limited to the Trump led Republicans as can be seen by Elizabeth Warren’s demagoguery of economic “patriotism”. Bernie Sanders has taken much the same position. Both of them couch their policies as advocating “fair trade” by seeking to raise the level of foreign labor and environmental standards before those countries are allowed to freely trade with the U.S. This amounts to massively raising the wages of foreign labor well above their level of productivity with the same damaging consequences as minimum wage hikes. It will create devastating unemployment in these nations, line the pockets of their union cronies, and forever consign these foreign laborers to peonage. All at the same time as damaging the long-term prospects for workers in this country by shrinking global trade, thus making even our own economy poorer. A more monstrously immoral policy, I could not even conceive.

This Labor Day stand up for the true interests of all laborers and demand free markets unfettered by politicians and the broods of vipers they serve. As with labor policy, peace and free enterprise is the best policy expression of the Gospel.