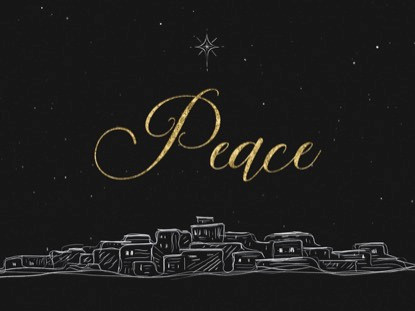 On December 24th. 1914 British troops on the Western Front heard a familiar tune sung in a foreign language.  It took a little bit, but they came to realize that it was Silent Night(Stille Nacht in the German) being sung by the German troops across “no man’s land”.  Slowly these troops began to venture out to one another and ultimately began the so-called Christmas truce of 1914.  The basic story can be seen here.  It was made into a movie in 2005.

This was an extraordinary development.  The facts are even more amazing.  This was a truce that lasted in many parts of the front until New Year’s, not simply Christmas Eve.  There were many instances of impromptu truces during the early days of the war.  The Christmas Eve truce may have been instigated by the so-called Open Christmas Letter directed to Germany and Austria from British peace activists as well as the call for an official truce by then Pope Benedict XV.  One has to think that the singing of such a profoundly Christian hymn on Christmas Eve had something to do with it as well.

Sadly, we know the rest of the story of the following mass bloodletting that occurred until November 11th. 1918.  Of course, those in charge were none too happy about any of this.  The following December all manner of strategies were employed to prevent a repeat of this event.  Explicit orders were given under threat of significant punishment not to fraternize, even briefly.  Also, raids were conducted during December precisely in order to short-circuit a possible repeat of a Christmas truce.  By December of 1916 the hatred that each side developed for one another had grown too strong to provide an environment conducive to a truce.

The point of reviewing this story, besides highlighting one of the few acts of decency from a thoroughly indecent period, is to point out that humanity should not care how or why the Godly goal of peace is furthered.  Who cares, if it some soldiers seeking candy bars and comradeship from their “enemies” create a truce?  Who cares if it breaks the “rules of engagement”?  Why should it matter to decent human beings why or how a moment of peace is created, even if it is only but a moment?  The answer is that it does not matter to decent human beings.

It matters greatly, however, to the brood of vipers known as the political and military establishment. They care about peace breaking out at an inopportune time, they care if the rules of engagement are truncated or ignored.  They cannot have grunts violating the very reason for being in those death-filled trenches.  It is always these types who care about following the correct “procedures”. Procedures which almost always amount to never ending the conflict nor even ameliorating the vile conditions of said conflict.  The proper authorities simply cannot and will not stand for such insubordination.

We don’t need to make saints out of these soldiers either.  The average grunt on the line was capable of and did in fact commit multiple acts of depravity against his fellow man.  They carried great hatred forward and hurled unfathomable acts of violence at fellow children of God.  That so few risk objection or refusal to serve stands this (as well as most) generation in great disrepute.  Yet this should not matter in celebrating and uplifting this moment of peace and humanity that occurred on Christmas Eve 1914.  Never mind how vile the actor is the rest of the time, celebrate a moment of peaceful clarity that leads them out of the trenches and toward their ostensible enemy with open hands.

So, what has any of this to do with Trump?  In light of the President’s order to remove troops from Syria and cut in half the U.S. force level in Afghanistan, quit a bit.  The U.S. finds itself in Syria and Afghanistan for unjust lie-filled purposes, much as Europe did in 1914.  This act by Donald Trump will not end all such atrocities and evil acts of the U.S. Empire any more than the Christmas Truce would end the First World War.  We need not saint Mr. Trump any more than the troops on the Western Front in 1914.  I am fully aware of what Trump is all about and have stated so publicly,  here and here.  He is one of the swampiest of creatures trolling about Washington these days. So, what?

Why should it matter where peace is furthered and by whom?  It does matter today to the same political and military establishment that it did in 1914.  The “respectable” authorities all tell us this is unacceptable and cannot stand. We are in grave danger if we allow this, we are putting our national survival at risk.  One hundred plus years and millions of lives later the arguments are the same and just as bullshit as ever.

We as Christians, especially should uplift any act toward peace that occurs regardless of how flawed the figure furthering that peace.  If an act reduces the level of violence, if it means fewer people slaughtered then celebrate it, even if that means admitting that on this issue Donald Trump is right.  There are a few such brave souls on the political left.  Most however have caved, either to a rancid imperial violence ethic that is ignorant of both what is just and humane as well as what is actually in our interests, or to a political calculation that figures if Trump is for it, I must be against it.  I cannot think of a shittier way to spend Christmas than to be mired in the moral abyss of either of these viewpoints.

I simply don’t care if it is Trump that moves us ever so slightly forward toward peace.  Forgive me if I only believe it when I see it (in fact Trump has already announced the withdrawal will occur more slowly) but until then I will support it, uplift it and combat all those who oppose it.  If one less act of imperial violence occurs because of this then count that as a Christmas blessing, build upon it as a part of our ceaseless battle for peace and the inbreaking of God’s Kingdom. That is a Christmas worth celebrating.