Stepping Back Clarifies the Issue 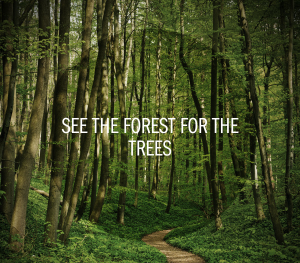 The horrible case of Breonna Taylor is just the latest example of armed agents of the state gunning down an innocent person of color. This should come as no surprise to anyone. What should also be no surprise is the decision of state prosecutors to not indict the officers for murder, or even manslaughter. The brute fact is, is that the decision not to prosecute for the loss of this woman’s life was likely a good legal decision. The awful truth is that armed agents of the state have the legal power to break down your door and invade your home. If you try to resist, as many reasonable people would, those armed agents will kill you. All of this has and will occur under the umbrella of legal protection. Let that sink in a moment. In a supposedly free country, with constitutional protections against unreasonable searches and seizures, the government can break down your door, unannounced and if you so much as hint at resistance, they can rain down bullets into your body. All under the protection of the law. In the final analysis constitutional “protections” are only as good as the underlying belief system. In short, those protections aren’t really worth the paper they are printed on if the populace won’t insist that they be enforced.

So, the understandable and righteous anger that protestors are venting in the wake of this prosecutorial decision is bound to be rather pointless. Pointless that is if they do not get to the root of the problem. It does not matter that the prosecutors arrived at a horrible moral conclusion; they manifestly did. What matters is that they had the legal authority to rule this way in the first place. The demand for justice (we will assume we agree on what that is) rings hollow if we do not remove the underlying cause.

If we take a step back we can see that the underlying cause is that the government has the legal right to engage in “no knock” warrants. So, the solution looks clear; revoke the authority to use this type of warrant. This is exactly what Senator Rand Paul is attempting to do with the Justice for Breonna Taylor Act. This is fine as far as it goes; it’s just not going to go very far, even if it becomes law. This is because we need to take another step back to clarify the issue even more.

If we take another step back, we will see that more needs to be done. We must ask ourselves why the government thinks that it needs such a thing as a no knock warrant to begin with. The claim for the need for this type of legal authority comes from the argument that if the police announce themselves the suspects can and will destroy evidence before the police enter. This almost entirely pertains to illegal drugs, as most other evidence is not so easily destroyed. So, it would seem we need a reform that would allow the police to find a different method of getting evidence before it gets destroyed.

Yet, if we take another quick step back the picture gets a little clearer. Why does the government need to procure drugs as evidence in the first place? Obviously because of the war on drugs. If we end the war on drugs, we end the need to obtain easily destroyed evidence. If we eliminate the need to obtain easily destroyed evidence before it is flushed down the toilet (often literally), then we eliminate the need for no knock warrants. If we eliminate no knock warrants, we aren’t as likely to see the Breonna Taylor’s of this world shot to death in their own homes.

Yet, we have still not arrived at the root of the problem. To do that we need to take yet another step back. If we do this, we can see with almost crystal clarity the nature of the problem. Why is there a war on drugs? Why have we made what is inherently a consensual, non-violent activity illegal? I have argued that it stems mostly from a lack of tolerance for how some people live differently than us. Too many simply cannot abide by the fact that some wish to consume drugs. Or they claim that society has a right to try to ensure a drug-free productive workforce, as if that is somehow not better handled by entrepreneurs. They desire to socialize a host of problems that are not any of their concern simply because they have no tolerance for a differing lifestyle. Note, this is different from trying to help someone from following what you consider to be a destructive path. This involves forcibly making someone live life according to your values. A quick review of the Golden Rule should disabuse us of going down this road.

So, we have arrived at the root of the problem by stepping back far enough to see the forest for the trees. It all starts from an intolerance of other’s choices and the willingness to use force to get them to live like us. One does not have to be an anarchist (although it helps) to embrace a live and let live outlook. We simply have to accept that non-violent, consensual behavior is not ours to forcibly redirect. The war on drugs is perhaps the most egregious example of this; it drives gun violence, invasions of our privacy (especially financial) and creates a general corruption of law enforcement, but it is by no means the only manifestation of this phenomenon. Most of what government does flows from this immoral impulse toward intolerance.

We can chart a better path. We can embrace the Golden Rule. We can follow the path of non-violence, we can become tolerant of the consensual, non-violent lifestyles of others. We can be confident enough in our own lifestyles (and our faith for that matter) that we never need resort to coercion to get people to follow what we consider a better path. For us as Christians, it starts with walking the path set forth by Jesus. This will surely lead us away from violently enforcing our own prejudices and will undoubtedly lead to a more peaceful world where bright young people such as Breonna Taylor are not cut down in such a horrific way.