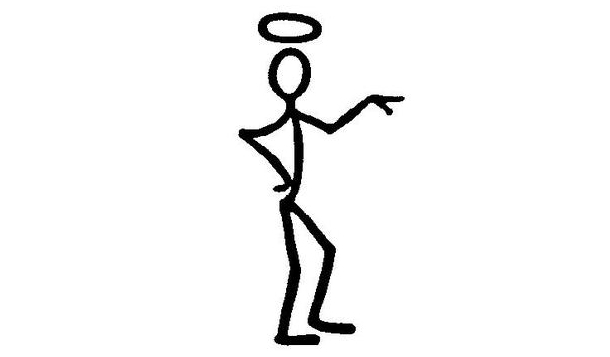 I have hesitated to write much about “cancel culture” until now. For one thing, most of what counts as “cancelled” is within the rights of human association or disassociation. Another reason is that many who are claiming to be cancelled are fairly well off and have a rather large platform from which to continue to pontificate.

This is not to say I have not recognized that there are people who get steamrolled by this phenomenon. It is why I did address the lack of tolerance for opposing viewpoints as one of the threats to the foundations of freedom.

I must at this point offer a mea culpa. I did not take this aspect of this world’s values seriously enough. That is until I saw someone without a sizable platform get cancelled by an organization that self-identifies as Christian. Cancelled, not simply for having a differing viewpoint, but rather cancelled for upholding Gospel values.

This is the story of a man named Daniel Elder. Mr. Elder is a 34-year-old composer, who has been rising up the ranks of choral music with work that has been well regarded. Up and coming that is until he was branded a racist. Why a racist? Because, in light of the racial unrest and riots and Black Lives matters protests last year, he posted to Instagram and Twitter a message that said “Enjoy burning it all down, you well-intentioned, blind people. I’m done.” That is to say he took a stand against arson and violent destruction. The full, sad story can be found here.

The response was typical for this day and age and underlined the values of this world. Mr. Elder was trashed on social media. The link to the story details some of the vitriol directed his way. Included in the mob that attacked Mr. Elder was the man’s publishing company, GIA Publications. This is significant because GIA is one of if, not the key religious music publisher in the nation. They have especially close ties to the Roman Catholic church but also have substantial connections to my own Lutheran denomination, and I recognized the name from our weekly worship bulletin.

Let’s step back for a moment. This is not simply a case of people of good faith disagreeing on how to accomplish a positive goal. It is certainly not a case of actual racism or of hateful, exclusionary rhetoric, which might justify severing a business relationship. I have striven mightily to afford those who disagree with me with a presumption of good motives. There are many areas in which people of faith can and should disagree. It would be bad enough to trash someone out for a simple good faith disagreement.

This, however, is worse…much, much worse. Mr. Elder took a stand against violence and arson. That is a totally correct Gospel position to take, and I mean a correct Gospel position in a non-negotiable way. There is not an “on the other hand” argument to be made here. Jesus opposed violence. All violence. All the time. What exactly would Jesus burn? Why would Jesus riot? This is not posed as a rhetorical question. If you asked one of these people who trashed Mr. Elder these questions, I am sure they do not have a response.

The reason being is that there is not an affirmative answer to these questions. We already know what Jesus did. He went to the Cross rather than take a life, and He rose so we would never again fear death or a break in our relationship with God. Jesus even eschewed violence when perpetrated by His own people, with the best of intentions. In the Garden, Jesus rebukes Peter (whom He loved dearly), for cutting off the ear of the soldier and then healed that man’s wound.

To justify a riot or arson by anyone, even by those with whom you are in sympathy, is to commit an egregiously sinful act and to deny the Gospel of our Lord. Just as Mr. Elders’ statement was uplifting the Gospel in a non-negotiable way, GIA Publications turned their backs on the Gospel in an equally non-negotiable manner. They followed a feckless mob who thinks nothing of trashing out another human being simply because they dare to uphold non-violence. If you do not slavishly follow the mob with torch and pitchfork in hand you are an apostate from the heathen god of the WOKE. In aligning themselves with the violent methods of the modern mob GIA has become part of the problem and has moved itself out from the shadow of the Cross. That is deeply saddening.

It is not enough for Christians to uphold and intentionally seek to include the marginalized into our communities. We must do it in a way that is consistent with the way our Lord Jesus Christ taught us to live. We must walk the path of light illuminated by the Prince of Peace, or we will forever walk in darkness.

None of what GIA did was a good faith disagreement. It was a vindictive, vile act of those acting in accord with the values of this world. Yes, GIA like so many (too often Christians) has wrapped itself in a cloak of “decency”. This cloak reeks with the purity of the self-righteous. Once you get past the self-righteous stench you will find that this cloak does nothing except hide a narrowed mind and a hardened heart.

As angry as I obviously am, I refuse to respond in kind. I will, however, take the words of 2 Timothy 4:2 to heart “proclaim the message; be persistent whether the time is favourable or unfavourable; convince, rebuke, and encourage, with the utmost patience in teaching”. With the love of Christ, we must call out GIA Publications and insist that they apologize and remove the offensive words they posted about Mr. Elder (which as of this date are still online) as well as restoring him and his work within the GIA organization. GIA should not be “cancelled”, they should be rebuked until they remove that stinking, festering, reeking cloak of indecency that has covered their hearts and made unclear their path to the Cross.