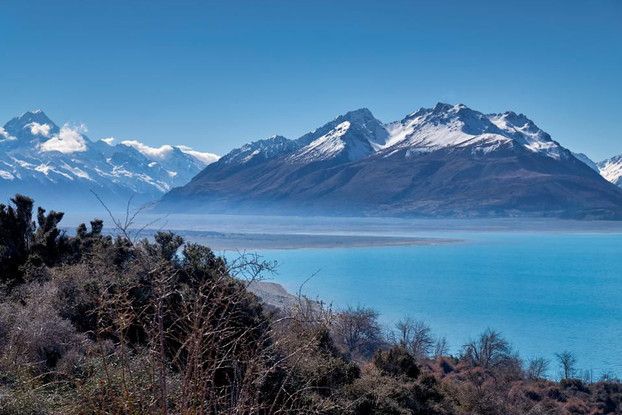 The environment has been much in the new this week, what with the “climate strike” protests and all.  It does seem clear that the climate is warming and that this is certainly impacted by human activities.  It also seems clear that the planet is not warming by as much as the doomsayers claim it is and certainly not by the amount that the current climate models predict.  The planet, as the title of a book suggests, is lukewarming.  In fact, contrary to the doomsayers the UN IPCC report does not predict a 12-year expiration date for humanity, only that we might not be as wealthy as we would otherwise be if we don’t abate the rise in temperatures.  This article outlines the actual facts.

The certainty with which the Left is proclaiming imminent global catastrophe is clearly part of an attempt to leverage people’s fear to massively grow the power of the government.  As the book Crisis and Leviathan outlines, statists rarely miss an opportunity to ratchet up the power of the state via crisis, real or imagined.  Not only is the claim that this imminent crisis requires massive state action but further, that the crisis was precipitated by a reliance upon capitalism.  This demonstrably false book by Naomi Klein is emblematic of this mindset.  It is demonstrably false because even a cursory review of the history of the 20th. Century shows that the power of the state grew steadily at the expense of the free and voluntary market.  It is also demonstrably true that more developed, capitalistic nations pollute less than developing societies.  That is, as some parts of the world have gotten wealthier via markets, freer than not, they have been able to afford a cleaner environment.

This observation leads to the main point here.  The more a society adheres to a limited government, private property rights regime, the better off is their environment.  This leads to the idea that it would have all along been better for the environment if there was less regulation and it could get better going forward with less regulation.

As with society in general, there are two ways to organize environmental protection.  There is the use of power by the government or there is the use of free institutions, the market.  The world has for the most part foolishly chosen the path of state power.  This is a path that will always allow for more pollution than a strict property rights regime.  In a market-based regime the rule is if you damage another’s property then you must pay for those damages.  If someone dumps toxic chemicals into your lake, then there are damages and you must be compensated.   This strict liability creates an environment where there is an incentive for economic actors to minimize the damages they cause and/or come to some sort of a negotiated arrangement with other property owners.  Economists call this phenomenon “internalizing” your costs.   The rest of us call it taking responsibility for your actions.  This presumes limited government ownership of property in the first place.

By contrast in a state centered regulatory regime economic actors are incentivized to pollute more than they would otherwise because of state created “externalities”.  That is, the consequences of damages are pushed off on either those suffering the damages or the general taxpayer.  The legal environment in the 19th. century was more oriented toward strict liability or a defense of property rights.  As the 20th. century ground on a different legal theory took hold.  This was on based on “efficiency”.  Essentially this theory attempts to weigh the costs and benefits of various actions and remedies.  In this theory there may be times that it is more

“efficient” to allow damage to another’s property and/or make the victim pay toward mitigation of this damage.  This theory was developed by the so-called “Chicago School” of economic thought.  Unfortunately, this has been mistaken for a free market group.  It is not, nor is this theory an embrace of free market principles.  You don’t assign property rights by determining efficiency.

Sound economic theory understands that this efficiency argument is hampered by information shortfalls (the owner is in a better position to know and understand about damages), subjective value considerations (owners may not put a simple dollar value on their property) and changing resources uses.  In short you cannot enforce a rational legal regime based on “efficiency” outside of the valuations of the actual owners of the property.  If you are feeling wonkish a complete run down of this can be found here.  The classic anarcho-capitalist argument regarding the environment can be found here.

Moving these decisions into the political realm resulted (as it always will) in the politically connected getting the advantages of being able to pollute and have someone else pick up the tab.  A great example of this is the EPA “Superfund”, which socialized the pollution cleanup caused by the activities of large companies.  All along in the 20th. century politically powerful companies were able to pollute without there being recourse to a legal remedy for the victims of this pollution.  When there are no clear titles to property that are enforceable, you end up with a tragedy of the commons whereby resources get damaged and degraded.

It is true that as the U.S. got wealthier the regulatory regime was able to enforce stricter standards because we could afford them, as is shown in this good article.  Nonetheless, it is axiomatically the case that this regulatory environment produces more pollution than would otherwise be the case because if it were cheaper to pollute less companies would already be doing this.  That the regulatory authorities allow this pollution in the name of efficiency and have to enforce this via government power puts the lie to the notion that the market is the cause of this pollution.

There are those on the Right that would claim that this type of legal regime would bring down life as we know it.  This is also an argument made by some on the Left, in order to try and damage the free market position.  It would not bring down our entire civilization.  Our economy would have developed differently for sure but to assume that in a legal environment of strict liability we would not adapt and find ways to produce goods and services while not having the government underwrite “externalities” is to engage in a failure of imagination.  A freely cooperative marketplace can strike a better balance between production and environmental use than can government bureaucrats.

As always if we want to be good stewards of the world that God has given us then peace and freedom is the key.