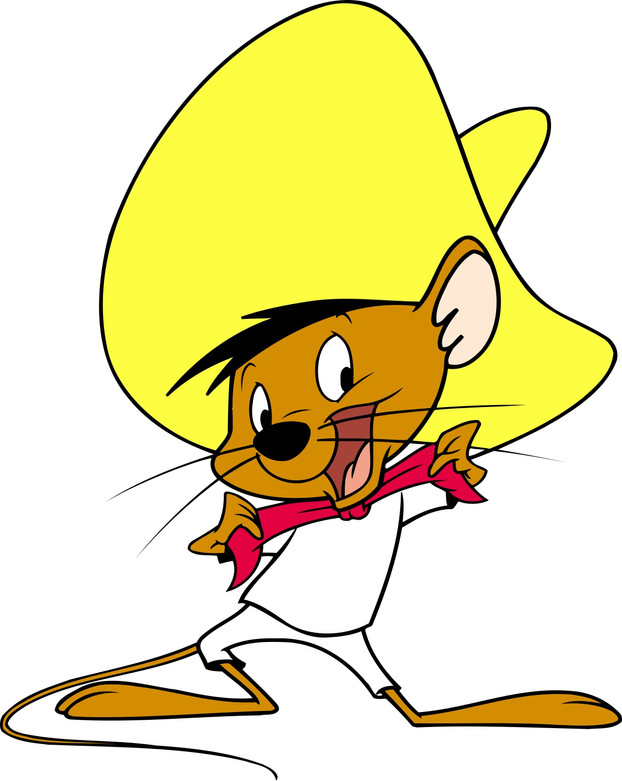 Racial stereotypes, like all forms of prejudice, are learned.  We don’t arrive in the world with pre-conceived notions of what other people are like and how they behave.  As toddlers we don’t assume all Irish are drunks, blacks are lazy or Asians are good at math.  These things are taught to us, whether at home or in the wider culture.  This is not to ultimately make ourselves responsible for what we believe and how we act.  We can choose to learn and we can choose to change.  It is not easy but few things beneficial are.

I grew up in a household that was not overtly racist.  I’m sure my parents had baggage that they carried with them regarding stereotypes like everyone does but we were never taught to hate anyone because of their racial or ethnic makeup nor were any racial slurs tolerated.  That being said, I did imbibe a great deal of popular culture and that definitely had an impact. The greatest impact was the influence popular culture had on my perceptions of Latinos, particularly Mexicans. The influence was uniformly ignorant.

The greatest influence on my perceptions were the Looney Toons cartoons.  As for depictions of Mexicans, this entailed one Speedy Gonzales and his pals. Routinely the Mexicans are shown to be lazy, incompetent and drunken.  In one memorable episode Speedy’s friends are shown stinking drunk and in danger from the local cat.  They are so enamored of booze that at one point one of the mice is tricked into the cat’s mouth because the cat placed saloon doors in his gaping maw and the mouse obligingly stumbles in.  Speedy, of course, saves them.

The only mouse, in fact, who has any real ambition and talent is Speedy.  What is Speedy exactly?  Speedy is a thief.  More specifically he is a thief of U.S. cheese from the Ajax cheese factory just north of the border.  In the very first episode Speedy is charged with ripping off the Americans and proceeds to do so easily (now you know where Trump likely gets his views on Mexicans and our trade relations with them).

It’s not just that the only ambitious mouse in Mexico is a thief, the women are sluts as well.  In a variety of episodes there is reference to Juan’s sister.  Usually along the lines of somebody knows Juan’s sister to which the response was always everybody knows Juan’s sister. Nice image to convey.  Negative racial images were not limited to Looney Toons nor to Mexicans as this short clip shows.  Speedy Gonzales was, for me anyway, a formative lesson in how to perceive Mexicans.

Looney Toons was not, however, the only pop culture influence.  I was a proud member of the Frito Bandito fan club.  To see how awful this character was view this.   Of course other foods got in on the over the top portrayal of Latinos, such as the Chiquita Banana Brand.  This featured a sexualized banana looking very much like Carmen Miranda enticing us all to eat the Chiquita Banana.

Other images for me came from Mission Impossible.  Whenever the IMF team faced off against a Latino it was always a South American dictator with a pencil thing moustache and a chest full of medals who continually perpetuated  “La leyenda negra” or the “Black Legend” of a uniquely cruel Latino temperament.  Also memorable for me was an episode of Gilligan’s Island in which Gilligan had a dream that he was a South American dictator who kept promising his people “dis, dat and da other thing.”  It’s not as if there are no more stereotypes being perpetuated, many are still with us, but these are the ones that formed my understanding of Latino culture.

So how did all of this make a practical difference?  Day to day not much of one, simply owing to the fact that I did not interact much with minorities in the lily-white world in which I grew up.  The one occasion when it did have an impact was the beginning of the end of my reliance on these stereotypes.  My father had a business that was nationwide but also had a manufacturing facility in Belgium and one in Mexico.  He had a partner in Mexico named Mr. Quiroz.  At one point Mr. Quiroz was planning a visit to the company headquarters and a visit to our home.  This was a big deal.  The house was cleaned up and everybody was to be on their best behavior.

Now let me tell you who and what I thought was going to walk through our door.  I was absolutely convinced that a Mexican bandito was going to come strolling in.  He would no doubt have a sombrero, bandoliers, two six shooters at his side and look something like: 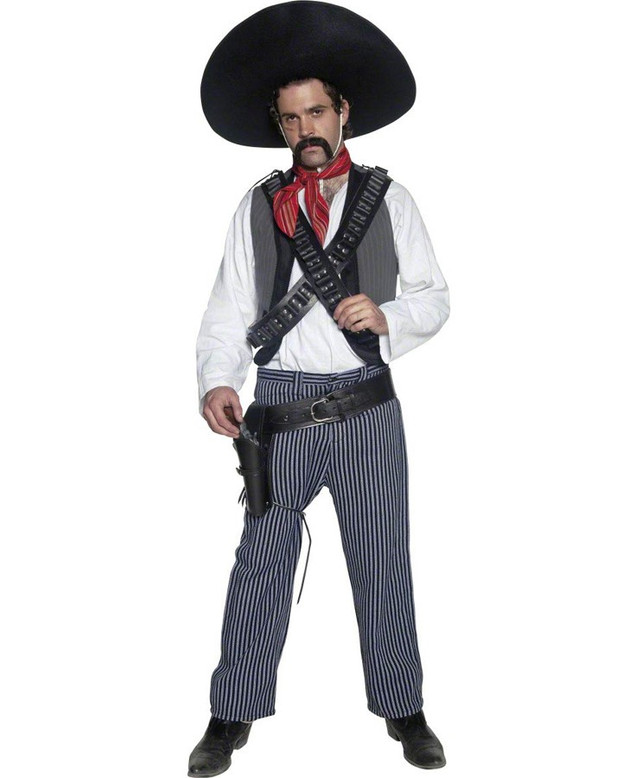 Hand to God that is the image I had in my head.  You can take this story as absolutely true because who would admit to something so embarrassing where it not the truth.

Imagine my shock when instead of this desperado, a perfectly coiffed, Armani suit wearing, Rolex watch sporting gentleman walked into our home, looking every bit the successful businessman he was.  I was floored.  Thank God! It began to dawn on me that perhaps these stereotypes were bullshit, a truth ever more firmly understood as I have grown older.  I had to completely rethink my images of Mexicans and in the fullness of time other stereotypes as well.  I came to realize that we have clear cultural differences, which is cool.  However, we share far more in common as human beings than we do differences.

This awareness begins with the simple act of meeting and interacting with people of a different culture. Stereotypes are born out of ignorance and rarely survive actual human contact.  My parents were surely not aware of the ridiculous Mexican stereotypes I bought into as a result of how much popular culture I inhaled.  They were also not likely aware that they provided the antidote to this cultural pollution in the form of meeting someone from another culture. Now I am not saying I don’t have racial/ethnic baggage, we all do.  However, I am in a far better position to face that baggage and leave it behind me because of this experience.  I am ever grateful to my parents for this lesson(and a whole lot more).  Let us all keep in mind the stereotypes we buy into and the likelihood that they are false.  Let us instead seek out those who are different and learn to accept each other as loved children of God.