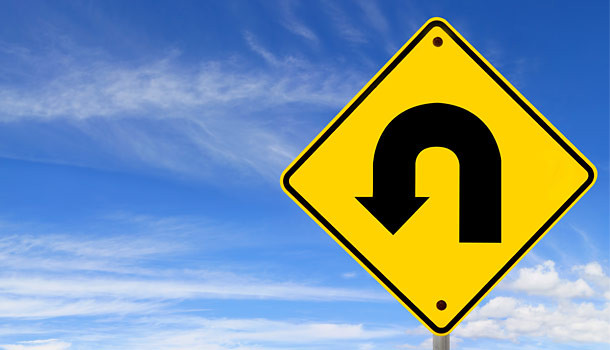 It is once again the Lenten season.  That is the call for Christians to repent, which means literally to turn around.  We are to turn once again to the Lord.  We are called to return to the shadow of the Cross and to return to the righteous path that God has set forth for our benefit. As with most things, repentance begins in the mirror.  None of us are exempt from the need to repent, least of all me.

When I think of repentance and all that it entails, I cannot help thinking of Luke 16 and the parable of the dishonest manager.  In this story it is made clear that the manager was dishonest or at least incompetent.  It is not clear whether the master was also corrupt.  The manager, realizing that he is about to be fired begins to act mercifully and more justly toward those with whom he has been conducting business.  He writes down their debt and relieves them of their burden.  He is then commended by the master for acting shrewdly.  He is specifically noted for “making friends for yourself by means of dishonest wealth so that when it is gone, they may welcome you into the eternal homes.”

The lesson is clear. We are to take all that we are and everything that we have done and turn it toward those things that are eternal and everlasting.  We are to focus our relationship on an eternal God and how we treat His children, our fellow brothers and sisters.  It is a hopeful lesson, in that, no matter what we have done we can turn it into something good that provides eternal blessings to us and others. This is why the manager was commended. He took all that he had done wrong and turned it into something good for those whom he had wronged.  Additionally, it should be highlighted that he would not have been able to affect such a good outcome had he not been so dishonest in the first place.  He was in a position to help because he had been such a dirtball in the first place. This is obviously not the only place in Scripture this point comes up, as the life story of Saul/Paul attests.

The best real world example of this that I can think of is the case of Oskar Schindler, immortalized in the magnificent movie, Schindler’s List.  It is obvious the good that Schindler did in protecting as many Jews as he could and the risks and sacrifices, he made in doing so.  However, think about why he was able to help so many; it is clearly because he was previously such a scumbag.  He was a stealer of a previously Jewish owned business, he used conscripted, slave labor and was a war profiteer.  He made enough to last a lifetime off the forced labor of a subjugated population. Yet, before his soul was hurtled too far down the abyss to recover it, he was able to redeem himself.  As a character in the movie said, the “list was life”.  He was only able to do this because he had placed himself in the position of a war profiteer in the first place.  In 1962 he was named by the Yad Vashem Jewish Holocaust memorial as “Righteous Among the Nations” for the work he did in saving as many as he could.  Talk about making friends with dishonest wealth!

Now few will ever have such a dramatic story such as this.  I would, though, venture to guess that many of us have something similar, albeit on a much smaller scale.  I know I do. In 2015 I finished 8 years in the financial services industry, and I am only 4 years into the decade long shower I need to clean myself off.  I was during that time a financial services “wholesaler”, which is a fancy term for whore. This is a self-admission so awful that it must be true.

Most reading this probably do not know that there is a wholesaling end to the financial services industry.  You think of wholesale and you think of a warehouse full of auto parts or plumbing supplies.  There is no warehouse full of annuities or mutual funds, it doesn’t quite work that way.

To understand the way that it does work one first needs to understand that the entire financial services industry is currently rigged by the federal government in favor of the 1%. How do you think the current 1% got there and stay there?  By making better products more affordably?  No, other than the occasional success story, Apple, Facebook, etc. those bygone days belong to the Rockefellers and Carnegies. This is not the place for that discussion.  I have written about some of the nuts and bolts of this here and here.

What the rigging of the game does to the rest of the financial advisory industry, however, is to morally compromise just about everyone involved.  Almost everyone is bought and paid for.  It is a “pay to play” system.  Mutual fund companies pay to be on the platforms of major broker dealers, so do insurance companies, in order to get access for their annuity products. Fund companies pay insurance carriers to be inside their annuity products.  This was certainly the case for the firm I worked for.

These funds are only a part of the problem.  Flying under the radar are the payments to advisors from Field Wholesalers, backed up by Internal Wholesalers (this was my sordid contribution to this corruption). This street level payments system twists advisors into loyalty to whichever carrier can “support” their practice most munificently.  Wholesalers provide “marketing support” and “value add” programs to the advisors often in the form of golf outings and polo shirts. Even when they appear at a client information event it is not well understood by the client that the company representative is underwriting the event.

The point of all this is that clients who think they are getting honest advice are most certainly not. They are receiving recommendations that closely track who has paid the most to be preferred in a broker’s system. What is worse, for me is that the last four years I was in this industry I knew that it was an immoral rigged game, but it was too easy a paycheck.  Like I said, a whore, nothing less.

Now the unrighteous wealth I acquired was primarily knowledge (I wasn’t making hedge fund money after all).  I quit this racket in 2015 and have tried (too feebly, I am afraid) to turn that unrighteous wealth (knowledge) into something good by telling as many as will listen that the game is rigged.  That is the main point of this entire blog.  I only bring up this awful past because I have not been explicit enough about it here previously and it is my goal to increase my criticism of this rigged game to the limits of my abilities.  My Lenten pledge is to turn more fully to God and to try to make as many friends as I can with dishonest wealth.

My prayer for all of you is that whatever “dishonest wealth” you may have acquired (and I doubt it to be as filthy as the knowledge I gained) you use it to create something positive and good for your world.  You don’t have to be an Oskar Schindler or even a financial services whore to do this. Always keep in mind that no matter what you past story, your life is redeemable, and God wishes very much for it to be so. In fact, He has gone out of His way to call the most morally problematic people to His service.  He joyfully offers us His Kingdom and rejoices in penitent hearts.  When all else fails, remember that “every sinner has a future and every saint has a past”.