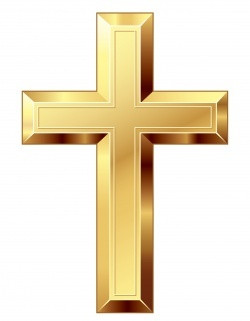 A great man died today. Not a famous man as these things are measured but a great man who had an outsized influence in this world.  You see he belonged to one of the most important classes of people that exist in our world; the local pastor.  I say this because he taught me some time ago that the local church is the hope of the world and I wholeheartedly agree.  The local church is where we experience faith in community and where we maintain some of the closest relationships of our lives.  It is also the place where we renew and refresh ourselves to live out our Gospel call in the wider world.  It is where we formally worship and praise God, where we learn and where we transmit those values to our young.  Could there be a more important group of people than your local shepherd?

Kenneth Wittrock was ordained in the early 1980s.  He was brought up and educated old school Lutheran.  He probably thought he would go through life known as the Right Reverend Wittrock but instead graciously allowed himself to be known simply as Pastor Ken.

About the same time as this, I, by contrast, was standing atop a very small soapbox as a preachy Catholic.  Can you imagine; this bad attitude and acid tongue in the service of Rome, yikes! Yet as awful as that was, I was a heart seeking faith, a mind seeking understanding and a believer seeking to sink roots in good soil.  I found none of that in the Catholic church (not a crack against Catholics but that was simply my experience at that time).  Consequently, at the first blowing of the winds of doubt I blew away like so much spiritual tumbleweed and so began my “40 years” in the wilderness.

Pastor Ken, meanwhile, due to an awful vehicular accident that took the life of his senior pastor, was thrust into a leadership role, perhaps sooner than he expected.  In this role he began to build a ministry and a church family.  He did so with a vision of what a church should be, what a church could be and in the fullness of time, what a church would be.  What he built was nothing short of extraordinary.  A place was created that was filled with amazingly talented people (that Ken selected).  This place became a place of invitation and welcome; marked by outstanding preaching and teaching, passionate ministry that provided for all ages, from cradle to grave.  As a result, this church grew, as all churches will, if done correctly.  In time it became one of the largest Lutheran congregations in the area.

My path intersected with Pastor Ken’s in the early years of the 2000s when my wife began looking for a church closer to our new home.  She fortuitously came across Pastor Ken’s.  I, still in the wilderness but searching, was exposed to this incredible church by way of picking up the kids from Sunday school or Bible Camp or listening to them sing in church.  Slowly the warmth of spiritual welcome worked upon me and melted the last of my resistance to my return to the Cross.  Bluntly, other than my wife, no one had a greater impact on that journey than Pastor Ken and maybe only one other has had as much impact on keeping me in the fold.

You see, in Pastor Ken’s ministry my heart found the nourishment of faith that it sought, my mind received greater understanding and roots were sunk deep into fertile soil. Roots so strong that no wind could uproot.  Here under this man’s tutelage, I was finally able to let go of that which I could not keep and firmly grasp hold of that which I could not lose.  For this I will be literally eternally grateful.  This place became for me En Gedi, an oasis of faith in a desert of unbelief.  A place where I would be continually renewed and strengthened, all because Pastor Ken was visionary enough to create a place that would welcome even a spiritually thirsty wretch that had spent far too much time in that desert.  He did so without hesitation, reservation or condition.  Simply amazing!

Illness robbed us of Pastor Ken’s leadership far too soon and took him from those who knew him best and loved him most far sooner than would have been just.  This was a thing he never complained of; you see he was still teaching us to the very end, on how to, as he would often say, live a fully human life.  Nonetheless his light shall burn brightly in all those touched by his life’s calling and those on down the line that will be touched by his ministry without even knowing it and for that I am profoundly grateful.

I have long been of the opinion that when we are all done dancing on this Earth and each of us gets our moment before the Lord, He will ask us a simple question: what did you do with what I gave you?  Pastor Ken has the best answer any human can have; I did all I could Lord, I did all I could.  To which I am certain the response will be; then rest well good and faithful servant.