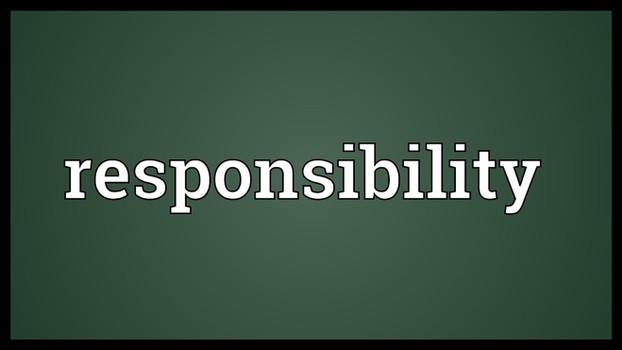 Young people are much derided and always have been and probably always will be.  This seems to be particularly true of Millennials; those born between the early 80s and the early 2000s, but this is also true of Gen Z (late 90s to early to mid 2000s).  They are blamed for killing everything from movies, handshakes and even church attendance.  They have drawn especial opprobrium from Baby Boomers; which is especially rich considering that the Boomer mantra 40 years ago was “don’t trust anyone over 30”. So, are Millennials, and those younger, a uniquely bratty and vile generation?  I have several reasons for thinking that this is not the case.

First, they have a better sense of responsibility about sex and drugs than their elders.  Teen sex and drug use are at decade lows.  Additionally those having sex are using birth control more consistently which has resulted in a lower incidence of teen pregnancy.  This is very good news as teen pregnancy is a strong predictor of lower wages and a more unstable lifestyle.  Just to cement that this is truly good news we have also witnessed a decline in abortion rates in recent years as well, indicating that fewer teens are getting pregnant, not that they are terminating those pregnancies early.  The trends are similar for teen drug use.  I would think the two trends are linked as drug use leads to poor judgment, particularly about sexual intercourse. I am certain that there are many reasons for these statistics that cannot be adequately summed up in easy generalizations, but the fact is that the lived experience of millions of young regarding sex and drug use is a more responsible one.

Second, our young are way more responsible about not getting behind the wheel of a car while impaired. To be fair this is a trend that started at about the beginning of the Millennial period.  Nonetheless the results are stunning.  The number of those under 21 killed in drunk driving crashes declined 80% since 1982; from 5215 in 1982 to 1064 in 2017.  This is also true as a percentage of the population; for every 100,000 Americans under 21 the rate of drunk driving deaths has declined 29% over the last decade.  I know from my own experience that as a teen we never gave a second thought to driving while drunk, often hideously so.  By contrast my children’s generation is marked by “sober bros” and other designated driving efforts.  Also, the rise of Uber and Lyft has made an impact as rides are more readily available than back in the taxi only days.  Again, there are many interrelated social and cultural reasons for this but at the end of the day it is the young of our society who are not driving vehicles drunk at near the rates of their elders.

Third, it is apparent to me anyway that our young are in many meaningful ways more tolerant than the older generation.  Clearly, they have relaxed attitudes about same-sex marriage and accepting those with a different sexual orientation.  They also have less stereotypical attitudes toward people of color than those of older generations.  While it seems that toleration along these lines is up across the board, it is more pronounced among the young and it would seem that the young are in fact leading their elders in this direction.  This must be considered an unalloyed good.

None of this is to suggest that the young in our lives are perfect or that all of the values they exhibit are healthy.  Yes, we see the spurious idea of “triggers” being used all too frequently.  I mean why can’t people just admit that some ideas piss them off instead of creating a faux emotional trauma, but I digress. This generation is all too quick to buy into insane ideas like democratic socialism and positive rights justifying all sorts of government programs.  Also, we can all cite an example or two of a younger person acting snarky toward those of us that are older.  We, as every generation must, take some responsibility toward the ideas that our young hold.  If they hold insane economic ideas maybe, we did a poor job of educating them as to sound economics and a full understanding of history.  If we think the young act entitled maybe, we should look at the elderly being all too quick to continue this nation down the track of fiscal destruction via Social Security and Medicare may have set an example for our young.  On the other hand, maybe we have done alright in instructing our young about acting more responsibly than we did.  Value transmission works both positively and negatively.

In the end it is exceedingly difficult to give an overall grade to any generation.  Generations are like the human individuals who make them up; they are a mixed bag.  We, as individuals and as a society are capable of reaching tremendous heights and plumbing excremental depths.  We are all fallen creatures of a God that has no reason to love us but does anyway.  We should try to remember that the next time some young person gets under our skin.  I would suggest that when a twentysomething pisses you off, relax and smile at the reckoning that person will have with their fortysomething self.