Only God Gives Us Our Identity 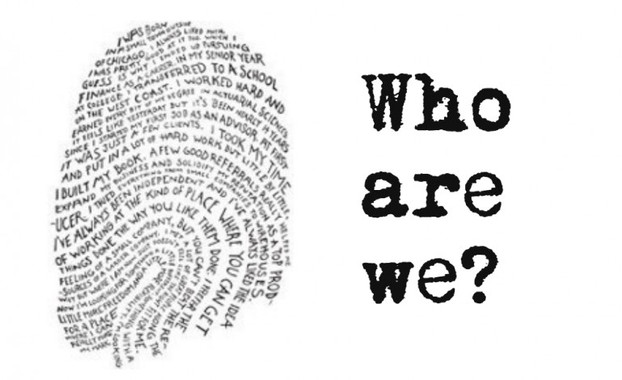 Much consternation was induced among the progressive left this week in the wake of the Trump Administration’s proposed changes in the definition of gender.  This would affect a panoply of federal benefits and policies, mostly centering around Title IX of the Civil Rights Act. Essentially the new rules would erase the notion of transgender from the federal policy manual. This has generated a great deal of angst in the LGBTQ community and among their supporters.

I have no doubt that this angst is genuine and the pain they are feeling is real, to be clear I have openly endorsed the right of full participation by those of a differencing sexual nature both in society and in the church.  This is however, a pain that is largely of this community’s own making.  I know this sounds harsh, but the problem is that the LGBTQ community has completely linked its identity to the government.  Yes, the old bugaboo of Identity Politics rearing its head again.  Most who criticize those who play in the identity politics arena are conservatives critiquing the left.  They do this even though whites are the grand master champions of identity politics, as a well written recent piece in the Atlantic pointed out.  The raw truth is that only through government can there be a threat to the very identity of a community and this has been going on since the dawn of time.

In our own nation’s history, we have seen the systematic attempts to destroy identities; Native Americans; the African culture of the slaves and so on and on.  It has obviously been white people who have come out on top in this power struggle and it is white’s that are feeling anxious by the rise of competing identity groups for control of governmental power, even though whites are still firmly in control.  Whomever plays this game will always be at risk of losing some battles as the LGBTQ community did this week.

The problem in all of this is that every one of these groups are not simply asking that their legitimate human rights be respected but that they be given special privileges via government policy.  They have passed from the righteous conception of rights as negative in nature to the unholy notion that rights are positive as I discussed last week.  Whites have been rigging the game all along in this country, and others are understandably aggrieved.  They seem to have taken a cue from whites and now want the game rigged in their favor. Special grants of money, positions and benefits are what they seek from the government.  From their perspective why not?  The whites got theirs why not us?

The why not should be clear. It is never justified to strip another’s rights in response to the truncation of your own.  What is justified is to demand that your rights be protected.  Your rights to be left alone in the peaceful enjoyment of your life and to consensually interact with others so long as you don’t violate their self-same rights. For LGBTQ’s this means the right to love as they choose and to be free of legal discrimination meant to marginalize them.  This does not mean a “right” to a job or an academic position or to force someone to bake you a cake.  The narrow minded have rights too.  This is not even justifiable to “make up” for past wrongs. Two wrongs don’t make a right is a cliché because it is true.  Voluntary affirmative action by the academy or the business community is, I think, healthy and productive.  It is so precisely because it is organic and voluntary, not coerced.  Placing all of these battles in the political arena is a prescription for unneeded and damaging conflict as we see with this issue and only leads to the growth of centralized power that threatens all of our human rights.

Don’t misunderstand, I think the proposed policy is by intention and design malevolent.  I have no doubt that if they had the chance this administration would reimpose anti-sodomy laws and strip away the legitimate rights of the LGBTQ community.  The battle we are in is because all these groups seek to impose their identity via governmental power. Let’s also be clear who the benefactors are of this political game.  It is not the individual in the street.  It is the politically connected.  This is true, certainly of whites but also true of minorities, to the extent they are successful politically.  The well off, well-educated of any identity reap the benefits of political action. Neither average whites nor people of color struggling to make ends meet get any succor from this game.  Poor blacks are as much a pawn in this game as whites are, as Bob Dylan so insightfully told us so long ago.  The only way to cut this knot is to reject politics as having any place in our lives, especially as people of faith.

We must acknowledge the truth of this universe; that God made each of us exactly as we are, and He loves us each exactly as we are.  He calls each of us to recognize this God-given reality in all of our neighbors and to treat them accordingly, as we would wish to be treated.  This means we respect the identity that each of us confesses and further respect all of their rights to live their lives in peace.  If we go further and seek to impose our identities upon others, then we have fallen for the siren song of Satan and the power with which he tempts all of us.  We need not seek affirmation of our God-given identities from ANY on this Earth, least of all the brood of vipers that comprise the parasitical political class.

There is something inexpressibly sad about seeing a group of people who have been victimized throughout the Millenia allowing themselves to be victimized all over again by seeking to have their very identities validated by the government.  Let us all break free of these bonds and live freely and peacefully, with the freedom and peace that only the Gospel of Jesus Christ can give us.