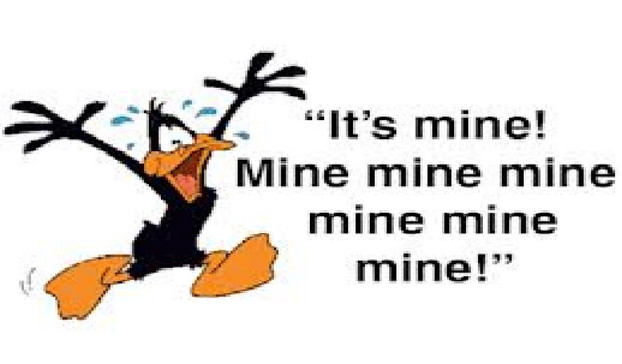 It is now the third time in four weeks that Brett Kavanaugh has provided the impetus for a post.  I don’t know whether to curse this, like a bad penny that keeps turning up or to be grateful for all the fodder.  In any event this ugly saga has provoked some thought on privilege and entitlement.

In watching Kavanaugh’s interview on Fox and his aggressive second appearance before the Senate Judiciary Committee, I was struck by the privilege that fairly oozed from the man.   I sat and watched an over-entitled, upper-class, Jesuit educated, drunken white boy and thought; damn this all seems so familiar.  Then it hit me; that’s what I was about the same time as Kavanaugh.  Mine was not the rarified air of Washington D.C., but privileged it was nonetheless.

I grew up in an affluent section of Omaha, Nebraska and was the product of a successful set of parents. My father started and well ran a business that placed before all his children an array of opportunity.  It is fair to say that I have blown more opportunities than most people have ever received.  Like Brett Kavanaugh, I too was a drunken idiot (I take it for granted that he is obviously lying about his drinking escapades).  I could fill books with stories of degradation but in deference to my friends who might not appreciate a detailed retelling of these tales I will simply state that we built a temple of debauchery atop a mountain of privilege.

Yes, this included, in due course blackout drinking and pretty much passing out whenever and wherever I felt the need.  All this was done without the slightest worry about the future.  Why should we worry, we lived in a no worry world.  Food on the table; no worry, college education; no worry, decent job; no worry.  It was idyllic, except for the parts I can’t remember.  Now no one in my circle of friends, that I am aware of, ever descended into taking advantage of a passed out girl or was a part of some rape gang (I am not saying Kavanaugh was either) but we did our share of raging.  So I instinctively know the world he came from and so easily saw through his choir-boy defense.

None of this by itself, in my mind at least, disqualifies Brett Kavanaugh from the Supreme Court. It is enough for me that I am troubled by his judicial philosophy.  What concerns me here is the disquieting lack of introspection.  Being a drunken idiot in high school and college does not have to define you forever.  It stopped defining me on November 12th. 1984, when I became sober.  What is critical in the development of a person is owning what you have done and what you are or at least were.  We should be able to look past most anything a person has done in their past if the simply own it.  This seems consistent with how God treats sin.  If we own it, are penitent and ask, He will forgive.  Of course he expects us to forgive as well. We will scarcely progress as a society if we can’t at least meet this minimum standard.

Now none of this is really germane except in the context of the world Brett Kavanaugh (and myself) inhabited.  It’s not like middle and lower income teenagers don’t develop alcohol problems, it’s just that they pay a much higher price for their indiscretions.  You cannot conceive of a black teen getting away with the things Brett Kavanaugh (or myself) did.  We raged without real consequence because we were cosseted.   What is striking, however, is that Brett Kavanaugh still acts like the spoiled cosseted teen that never stopped being a “frat bro”.

I would submit that this is the case largely because Brett Kavanaugh has worked for the entirety of his adult life for the government.  Never has he had to actually live off voluntary exchange and never was he ever in a situation whereby he had to serve others and produce something on the market for exchange.  His sustenance came from coercion and theft as all taxation derived payment is (I except positions like teachers and utility workers who would exist on the free market if the government would allow it, but that is a different discussion). I know there are lots of examples of boorish adults who work in the private sector.  The difference is they usually pay a price for their boorishness unlike bureaucrats.

It is this distinction that marks one as not simply privileged but entitled.  I suspect that this accounts for the rage that Kavanaugh exhibited during his questioning.  He must have thought (and in fact basically stated): “How dare anyone question my ascension to this post, I “earned”I; how dare anyone question my activities with my friends, we  are not to be held accountable in this way.”  He acts like this because he essentially never grew up.  He went from Daddy’s house to the government house and carried the same spoiled attitude with him.  It is this attitude of entitlementthat marks all the recipients of taxpayer largesse.  It is this attitude which is so corrosive to the moral foundation, civility and the productivity of society.  In short Brett Kavanaugh is a microcosm of what is wrong with this nation.  Privilege is something that is freely given by those gracious enough to do so, entitlement is a thing demanded of others, by force if necessary.  It is similar to the distinction between class and caste.

In my world the cosseting was expected to stop.  An expectation by both me and my parents.  I am not saying they would never have helped if I needed it.  The expectation, however, was that you get out of school and get a job.  This was the expectation of the vast majority of my friends.  That is what happened.  Have I always made the best choices and career moves? No.  I will never attain the material success that my parents did. No. So what?  As long as me and my family can live on our own terms we are happy with that.  That is generally true of my friends that came out of this world.

Please do get me wrong. I am not claiming superiority because of material blessings.  There are many who have done nothing but try and work hard and make solid choices who are repeatedly screwed.  I have consistently written about the many various ways this has been done and I am deeply disturbed by any attitude that does not show those who struggle compassion, concern, help and prayer.

I do not look upon the culture I came, literally stumbling, out of as a badge of honor.  I look back on my upbringing with deep and profound gratitude to God for placing me in the circumstances He did.  It is in large part why I speak out about the injustices visited upon the innocent in this world.  Yes, I am white as shit and I get all that comes with that.  However, it is coming out of a culture that says you should not live off others and having friends and parents of friends who believe the same thing that gives me hope for this world.