Nothing New to See Here 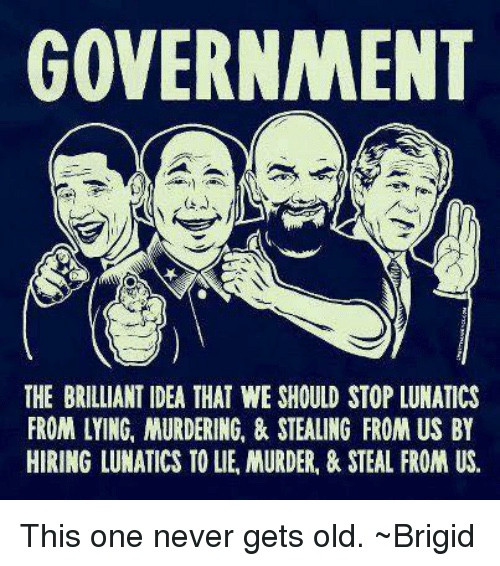 With the arrival of the New Year as well as a new Congress much is being made about the arrival of fresh ideas.  The House has flipped to Democratic control and has seen the entry of over 100 new members, many of whom represent previously less represented segments of U.S. society; women, Native Americans, single mothers, Muslim women, 18 veterans and even two former NFL players.  Prominent among this new crop of legislators are members of the “Progressive” wing of the Democratic party many of whom are members of the Democratic Socialists of America.  They are brimming with all sorts of what are described as new fresh ideas.  Things like a “Green New Deal”, free college tuition and “Medicare for all”.  Even former president Obama has called these “good new ideas”.  This is of course bunk; mere rhetoric.

There have been in terms of public policy and perhaps in all of human history two main ideas…ever. They are the same two ideas that have been floating around since humanity first swung down from the trees. They are simply Power and Market. I did not originate these terms. They were best spelled out in Murray Rothbard’s book by that name.  Power is simply what it sounds like: authority, coercion, violence, the threat of violence.  In its systematic form it is known as government.  Market is, of course, the opposite: cooperation, voluntary exchange, peaceful interactions.   All other economic, social and political ideas can be siloed under these two broad headings.  It is kind of like the earthly equivalent of Jesus saying that loving God and loving your neighbor are the two great commandments upon which hang all the Law and the Prophets.

Obviously, humanity has never lived under all one or the other of these controlling ideas.  Human history has oscillated between periods of either greater power or greater markets.  Progress can be seen when we have had more markets and stagnation and retrogression occurs when we have suffered under more power.  The rise and fall of civilizations have shown this. From the Sumerian civilization to Egypt to Rome to Western Civilization itself all follow the same pattern.  When markets dominate, we advance, when power dominates, we regress.  It does not take a PhD. in History to understand this.  Those nations that free their societies and orient themselves more toward voluntary, peaceful interactions lead the way in material prosperity those that don’t, get and/or remain poor.  I have used this picture before but simply look at Earth from above: where are the lights on? 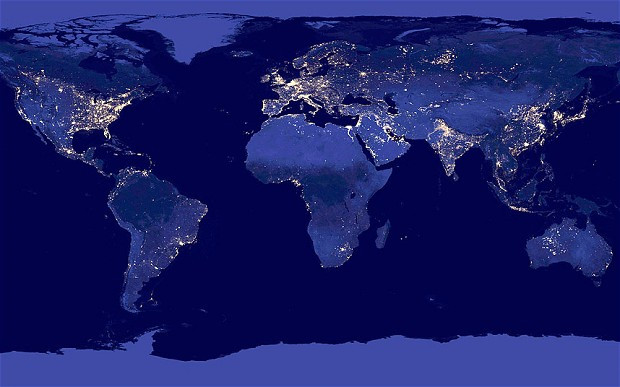 This current crop of power mongers offers us nothing new at all.  They are simply regurgitating shop-worn ideas from the playbook of humanity’s failures.  Every idea being advanced entails more governmental power and control over your economic and social life.  It involves massive new governmental expenditures, and the corresponding increases in taxation.  All of this will distort the free functioning of society and spread misery.  Think we can’t go in reverse; look at Rome or most immediately look at Venezuela.

This is not just true at the macro level but can be seen at the micro level as well.  If we look at the medical profession, this is an economic sector that has been hampered by an increasing amount governmental interference for the last century with the predictable results of increased costs and lower access and chaotic inefficiencies.  Contrast that with the relatively unregulated tech sector, which has over the same period of time consistently produced more goods of higher quality at a lower cost.

This does not mean that any given politician advocates all one or all the other solution to the questions of the day.  A “progressive” may advocate a noxious idea such as “Medicare for All” while at the same time pressing for the legalization of marijuana.  People, politicians included, are a mixed bag.  The question we have to ask ourselves is: on the whole does this individual want more or less control of my life.  Inevitably the current answer is more.  This is not just an observation regarding Progressives and Democrats but Republicans as well.  Sadly, there is no effective pro-market party to offer a goal of a freer society.

So, let’s stop accepting the silly notion that anyone on either side of the debate is offering a new idea. Instead let’s insist on some intellectual honesty and call out those advocating for such programs as part of that lobby that favors power.  Let us as Christians and simply as humans align ourselves with those who stand for the market; voluntary peaceful social cooperation.  In the process of doing this we can point out to anyone interested that these “new” ideas stretch all the way back to the beginning of time and have failed every single time they have been tried.  Let us point out that when we have moved closer to the ideal of the market we have progressed when we have moved closer to the ideal of power we have regressed. Use the micro and macro examples that are all around us and hammer home the point that while God wants us to be faithful, He does not want us to be ignorant.