Nothing Is Settled But The Love of God 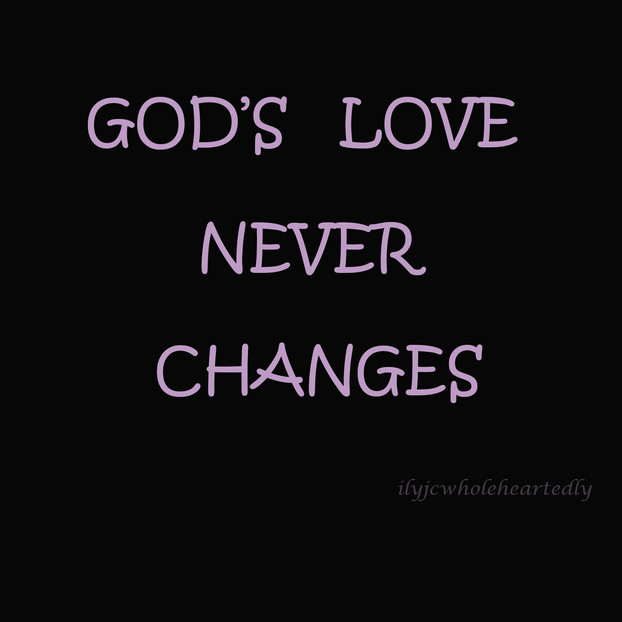 This week saw the Democrats putting their hypocrisy on full display.  Of course both parties are hypocritical as the political need suits them, this just happens to be a Democratic moment.  I am speaking of the ridiculous theater known as the Supreme Court nominee hearings.  It was obvious that the Democrats would be almost uniformly opposed to Brett Kavanaugh’s nomination to the high court.  What was unknown was how exactly they would debase themselves in the process.

The Democrats did not disappoint.  They pulled out all manner of reasons for denying the President his choice, except the only honest one, that they strongly disagree with the nominees’ judicial philosophy and explain why this is the case (making actual intellectual arguments is after all, hard).  They claimed that President Trump should not get to nominate a Supreme Court justice while he is under investigation. They did not think this when Bill Clinton was under investigation and under threat of impeachment while he nominated Stephen Breyer to the court.  Nixon’s legal troubles did not result in his lower court nominees from being confirmed.  So much for consistency.

Their other main gambit to derail Kavanaugh’s nomination is to claim that he is disrespecting “settled law”, primarily the case of Roe v. Wade, which protects a women’s right to an abortion.  The notion of settled law is not a legal one but a political one.  It is based upon the legal principle of Stare Decisis or respecting precedent.  What this means is that the Supreme Court should take into account previous rulings regarding an issue before rendering a decision.  Lower courts are actually bound in the U.S. tradition to rule according to Supreme Court precedent.  The high court itself can, however, change its mind and overturn a previous precedent.

Settled law as a political concept is a transparent attempt to keep a ruling in place that your side agrees with.  Obviously the Left wants to keep Roe v. Wade in place and therefore calls it settled law. The notion that either side wants to enshrine “settled law” at all times and places is laughable and the Democrats view of other cases proves it.  To them the Heller decision, expanding Second Amendment gun rights is one they want overturned.  They would also want Citizens United, which protects campaign contributions overturned and have been vocal in saying so.  If one takes the idea of “settled law” to its logical conclusion then the Dredd Scott case, protecting slavery would still be intact as would Plessy v. Ferguson, which upheld legal discrimination.  Clearly everyone thinks that there are times when previous Supreme Court cases should be overturned and I would be one of them.  What is unreasonable is to obviously concoct a notion like “settled law” as it was some sort of Biblical injunction to prevent change you don’t like.

The reason this notion of “settled” is so unreasonable and dangerous. is that there is nothing in the political or social world that is settled.  Every generation will see changes in laws, norms, cultures.  This is normal, this is healthy, this is human.  God’s Creation unfolds and is ever changing, so it should be no surprise that human society is ever changing as well.  This change is how we have the possibility to advance. Progress is not inevitable, we can and have made awful choices that have thrown civilization into reverse. Progress is, however, impossible if we take the view that major parts of human society are “settled” and beyond the notion of change.  It is damaging to the social fabric to buy into this nonsense whether offered from the Left or the Right.

This notion of things being settled can only be enforced, of course, with the help of government. Left alone a free people will change as they think they need to.  Only by enforcing some notion of “settled” are the forces of reaction given traction to stop social progress.  This is what makes all government reactionary.  Even so called “progressives” or revolutionaries want to create a particular type of society and then freeze it in place.  In as revolutionary a moment as 1917 Russia cum Soviet Union, the first thing the new “revolutionary” government did was to disallow any further change and so ossified an entire society for over 70 years.

Now this kind of change can be unsettling, especially for people of faith who believe in an unchanging God.  Yes, God is unchanging and what is settled is His love for humanity.  What is also settled is His desire to see us treat one another the way we wish to be treated and with the same love that He gives to us. We know how we are to treat one another, which is why we feel guilty when we don’t.  We know in our hearts that this is truly and forever settled. If we acted upon this principle, as if it were settled, there is little that we cannot achieve as a society.  If we operated upon God’s settled law of love then we need not fear the inevitable human change that will occur in His dynamic and amazing Creation.  Additionally if we focus on God’s settled love for humanity we will instantly see the demagogues for what they are, reactionaries who only wish to use force upon the rest of society, without having the intellectual honesty to openly say so.

There is nothing inherently wrong with either supporting or opposing Brett Kavanaugh’s nomination to the Supreme Court.  As I have pointed out before, reasonable people can and will disagree and can do so honorably and with civility.  We can and must, however, reject the static philosophy that undergirds the facile attempts to derail this nomination.  God’s people can do better.