Neither Snow Nor Rain Nor Common Sense 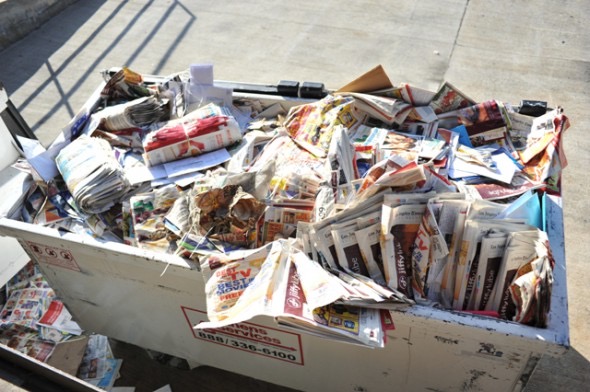 The post office has been much in the news lately. When a mundane organization like the USPS is making headlines, it can never be good. It is like when your local County Clerk is making headlines; it is usually when this individual is taking money that is not theirs or sleeping with someone not theirs. So, it is with the post office these days. The current Postmaster General (why does everyone get a militaristic title?) is a Trump appointee. Louis DeJoy has been making some cutbacks and trying to streamline operations in an attempt to salvage the USPS financially. This never sits well with a lot of people, who then make a lot of noise to Congress. This has particularly rankled many because with the fear of pandemic still abroad in the land, voting by mail looks set to exponentially increase. Democrats are convinced that Trump will try to suppress the vote by gumming up the postal works and Trump complains loudly that voting by mail is an attempt by the Democrats to steal the election. Is anyone surprised that a boring old institution has been politicized in these hyper-partisan times?

First, let’s get some basics down. Since 1970 the USPS has been expected to be self-sustaining. This does not mean The USPS pays out a profit to shareholders but will be able to take a surplus and reinvest in the USPS so that the general budget does not have to bear a financial burden. This has not happened as the USPS has lost money for the previous 13 years. Prior to that the record of profits is spotty at best. Post office advocates point out that Congress mandated that the USPS prepay its pension plans to ensure full funding of their pension obligations. This they claim is why the USPS loses money. Advocates also point to a bevy of mandates regarding pricing, etc that make it difficult for the USPS to meet changing market conditions.

The USPS is insolvent because mail volume has cratered. It cratered even before the pandemic. It is simply not a service that consumers wish to use enough to keep it profitable, even if it were an efficient private business. It is of course not an efficiently run private business. As volume dropped since the turn of the century, postal employment has stayed steady and slightly increased in recent years. In short, it faced lower volumes and rising costs.

So, while President Trump and his appointee Louis DeJoy may have some ulterior motives, it does not take a conspiracy theory to understand why they are trying to cut back to conserve money. Reducing the number of collection boxes and service levels is a desperate but logical attempt to stave off financial collapse. This type of thing has been going on long before Trump. Mail used to be delivered twice a day; mail was delivered on Sundays; collections were made on Saturdays. All of these things went by the boards in previous attempts to stave off financial collapse. They never worked and the USPS has had to continually turn to the taxpayers for a bailout. The USPS could not even turn in a surplus back in the salad days of snail mail all while possessing a monopoly on the delivery of first-class letters.

Advocates, when faced with all of this will pivot to a non-financial argument. The post office is not supposed to make a profit, they are supposed to deliver the mail. It is a way to knit America together, to bind us as a nation. It is there to deliver critical supplies, like medicine and vital information. Pleeeease. The postal service does not make a nation. Everyone know this, which is likely why The Postman was a critical and financial failure of a movie. While the USPS need not pay out a profit to shareholders it should be judged by whether assets are allocated rationally. The only way to do this is to subject it to actual pricing and a profit and loss statement. No government advocate wants to do this with any governmental agency because they know the government would fail the test every time, unless possibly because they had a government-imposed monopoly (although this did not save the USPS). All of these activities have become nothing except a naked government jobs program.

We have arrived at the crux of the problem; all government programs are reactionary. Government wants to erect a program and then keep it the same forevermore. There can be an expansion of the program and an increase in the resources drawn from private owners but there can never be a reversal of the program or any substantial change to how the program operates. This is the hallmark of ALL government. Even top to bottom revolutions like Russia cum Soviet Union end up reactionary. What is the first thing the new revolutionary Soviet regime did? Correct. They forbade anymore revolution and stasis set in for 70 years. The political process only knows stasis and reaction.

It is only privately owned and profit seeking enterprises than can take real prices and real financial information and use it to drive material resources to where they best serve consumer need. A society built upon these principles will be a dynamic and responsive one. It will also be one that provides sustainable jobs with a rising level of real wages and production, that stays responsive, dynamic and efficient. If all we want are jobs, we can have that at any cost we are willing to bear. We can even employ hundreds of thousands of workers to carry around a declining number of slips of paper at ever increasing costs. Or we could release these human and financial resources from their government-imposed stasis and let this talent go to work producing something people actually want. As always, the choice is ours. Let’s just be clear what the choice is; progress or stasis; life or a coma.