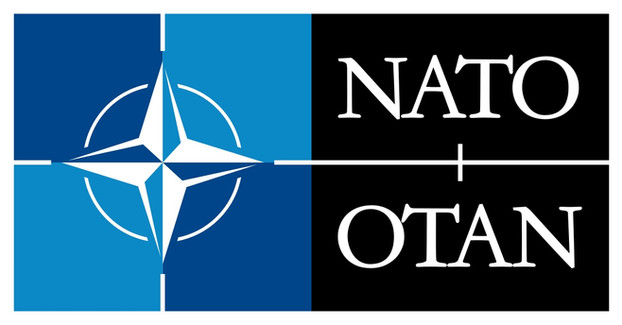 In watching the PR train wreck that is Donald Trump’s tour across Europe I am struck by several reactions. First I must confess some schadenfreude at seeing the tv talking heads explode after every Trump spectacle. However, after some consideration I have come to the conclusion that regarding his antipathy to NATO, Trump is pretty well on target.

I do not think for  a moment that Trump’s views on NATO are the result of a reflective thought process that takes into account the historical, military and economic ramifications of current and future U.S. policy.  I am pretty sure Trump is not capable of that type of thinking, even if he had the work ethic to do the homework.   In any event, it is not as if Trump wants the U.S. to spend less on the military in return for NATO spending more nor would a dissolution of NATO result in Trump advocating a more circumspect U.S. foreign policy.  Trump has always been more of a unilateralist rather than a principled non-interventionist.  It seems as if Trump’s antipathy to NATO is more of a gut level instinct.

I am, however, willing to state that on this issue Trump’s instinct is a good one.  NATO today serves no useful purpose and is only the remnant of a tool that the U.S. Empire found useful.  Let’s examine this organization more carefully, to see if can stand up under scrutiny.  First NATO was always overrated as a deterrence to Soviet aggression.  For one thing it was as much a provocation as defensive.  Most don’t realize that NATO predated the creation of the Warsaw Pact and has continued past the end of the Warsaw Pact by almost 30 years.  This is coupled with the current provocation of NATO troops on the Russian border in the Baltics, in violation of a promise made to them when the Warsaw Pact was dissolved.

Second, It is doubtful that the Soviets even desired to conquer Western Europe after WW2.  Also see here.  If they did they probably would not have reduced their army from 13 million to 5 million by 1949.  This would be in keeping with the general U.S. assessment that the Soviets, exhausted by the brutality visited upon their homeland , would be unable to mount a serious offensive against Western Europe before the mid-1960s.  This would also be consistent with the fact that the Soviets could only have defeated Germany in WW2 with the provision of massive war materiel from the U.S., provisions not available to an exhausted nation if they attempted to invade Western Europe. In any event by the time of Stalin’s death in 1953 he had long given up any attempt at “world revolution” in favor of “socialism in one country”.  As the Cold War ground on being a Communist in the USSR was simply a career move not an ideological commitment.

Even if the USSR had desired or planned an invasion of Western Europe, the real thing that kept them from doing so was not a ground force under NATO but U.S. nuclear weapons. The troops of NATO were only a tripwire, it was the possibility of total destruction that would give the Soviets pause. There did not need to be such an expensive tripwire as NATO to get the Soviets to understand what an invasion would ultimately mean, especially as the U.S. had actually dropped nukes on a population.  They did know that the U.S  was capable of it.

The main Soviet desire was to create a buffer in Eastern Europe that would give them security against invasion from the west, a fate they had suffered twice within 25 years. They were acting as Russians had always acted, seeking a regional hegemony for their disparate polyglot empire. None of this is to morally excuse the USSR but it does help to understand their motivations and therefore the corresponding usefulness of NATO or lack thereof.

The real purpose for NATO was to make sure that these U.S. client states were under U.S. direction as regards their foreign policy.  A binding “attack on one is an attack on all” clause and the permanent presence of U.S. troops was a fine way to do this.  If the purpose was to do more than maintain U.S. imperial hegemony and contain the USSR then why did NATO stand by while the Soviets invaded Hungary in 1956, Czechoslovakia in 1968 and crushed Solidarity in 1981?  Because we aren’t going to DEFCON 1 for Eastern Europe that’s why.  Anti-Trumpers should keep this in mind when they screech about the Russian annexation of Crimea.

Fast forward to today. Is NATO needed as currently constituted?  No.  If Europe wants collective defense they clearly have the wherewithal to provide it.  Europe’s combined population is greater than that of the U.S with a greater combined GDP. They have advanced enough economically to provide all the counterweight to any possible Russian threat.  If they are unwilling to do this then they must not think much of the threat, which is probably not an inaccurate assessment. In any event, large U.S. expenditures and troop levels are no longer needed, if they ever were.

The only people truly freaked out by Trump’s attitude Is the Empire Lobby.  They are more freaked out than Europe itself it would seem. Europe is ready to coexist with Russia, even a Russia led by a thug like Putin.  This is born out in the trade that goes on between the two entities, the gas deal between Germany and Russia (that Trump erroneously lambasts) and in the diplomatic interactions between the two.  Yes, there are and will always be points of contention but these do not need to define the relationship and are not a reason to expend so much U.S. treasure and military personnel in the form of NATO.

It is long past time to let Europe stand on its own, as it clearly can.  Time to reduce a significant part of the empire and take a more peaceful stance with the rest of the world.  It is past time to focus on peaceful co-existence as a nation among nations with our European brethren and lay aside the hegemonic relationship of the past 70 years. Time to further the noble goals of peace and free enterprise. If you want to deride Trump for truly ignorant instincts it is his trade ideas that are in need of serious criticism not his correct notion that it is time’s up for NATO.