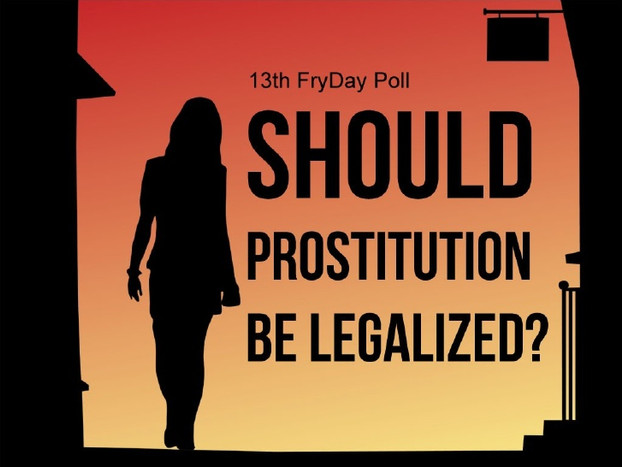 Let me state at the outset that I am very much supportive of the #me too movement.  I think that it is shining a much needed antiseptic light on the dark creepy malignant underside of American culture that has for too long been met with resigned silence.  This is a movement filled with many courageous individuals who have been willing to step forward and share their traumatic experiences publicly and in the process advance a more civilized culture.

However,  even the best of movements can go too far.  I think we are at a tipping point where the #me too movement is close to doing just that.  Recently, I read about several Nevada counties that are voting this fall to decide whether to keep prostitution legal.  This is an effort that has seen support and increased energy from the #me too movement. There has, in fact, been a long alliance between feminists and social conservatives regarding anti-pornography and anti-prostitution efforts.

This effort seeks to define all of the sex trade as sex trafficking.  They want to link prostitution and pornography to increased sexual violence and rape.  This would seem a stretch as the statistics on rape indicate a decrease while the consumption of porn has skyrocketed.  This effort seeks nothing short of the absolute conflation between sex work and sexual human trafficking.  I addressed some of the false aspects of this, namely the disturbing lack of actual arrests for trafficking, in a previous post.  The point I wish to address here is that to accept this conflation takes one directly down the path toward the outright prohibition of sex work.  The prohibition of the sex trade is likely to be as successful as the prohibitions on alcohol and drugs, that is to say an abject failure.

There are three reasons to oppose a policy of prohibition.  First outlawing all sex work places the sex worker at increased risk of abuse from his/her pimps and/or clients.  What recourse does the sex worker have if they are ripped off, beaten or otherwise physically abused when the entire enterprise is illegal?  Reporting such incidents to the police as likely as not places the sex worker at risk of arrest.  We all know this to be the case regarding the drug trade as we do when reviewing the history of alcohol prohibition.  The same dynamic apples if we completely outlaw the sex trade.

Second, prohibition places the client at risk of abuse at the hands of the sex worker and/or his/her pimp.  There is the same lack of legal recourse for the client who is ripped off or physically assaulted as there is for the sex worker.  No client in their right mind is going to the police with such a complaint when doing so entails the admission of an illegal act.  I mean how many clients sue a hitman in open court for breach of contract when the target for assassination is not, in fact, murdered? The same dynamic is at work here.

Finally, the policy of prohibition does not further the goals of either public health or safety.  The fact of the matter is that legal sex workers are regularly checked for STDs and clients of such workers are uniformly required to use condoms, thus lowering the amount of disease and illness.  In somewhat cold terms, the free market always produces better quality goods than regulated or prohibited markets.  Pushing all sex work to the shadows will only serve to increase the amount of sexually transmitted disease, helping absolutely no one. Prohibition is also a drag on public safety as scarce law enforcement resources are diverted to otherwise non-violent “crimes” instead of being focused on actual violations of persons and property.  Additionally, the illegal nature of the trade makes law enforcement susceptible to corruption as we have seen in the history of alcohol and drug prohibition.  In the end prohibition actually increases the chances of people being sex trafficked despite the best intentions of prohibition advocates.

All in all there is little reason to support prohibition on practical grounds.  On principle we should oppose prohibition as it is not the prerogative of society to outlaw consensual, voluntary transactions by use of the coercive power of government.  Trafficking, is bondage and should always be opposed.  The right to freely choose non-violent behavior, however, transcends our agreement or not with the actual choices made.

We may rightfully bemoan the life circumstances that lead someone to sex work.  We may rightly decry the sinful activity on the part of all participants in the sex trade.  We may feel rightfully called to engage in ministry that offers hope of a different and better path for these people.  All of that is not the same thing as prohibiting an adult from making non-violent choices regarding their lives.  That is their God-given right.  Our response must always be rooted in the Gospel of peace, love and non-violence.  We must also be assured, as always, that doing the right thing will produce the best results for society.