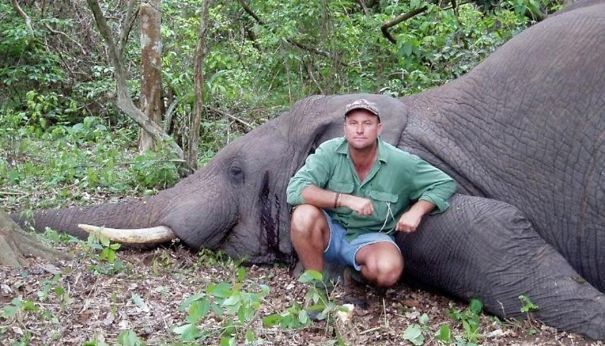 So, it being summer, it is appropriate to think about vacations.  I am partial to quiet vacations, reading as much as I can.  I have never taken a big game safari trip and I have no wish to do so.  Frankly, images like the one above are disturbing to me and honestly somewhat turn my stomach.  However, I say that as only a personal observation.  I am making no claim to a generalized principle here.  This is simply a matter of preference.  There are many, if measured by social media outrage, that seem to take a different position.  It would seem that they think that this kind of big game hunting is wrong in principle and those who engage in it are rightfully subject to all manner of shame, up to and including being doxed and threatened with physical violence.

This would seem to be a strange position for most to take.  First, there is never, as we as Christians should understand, a reason to threaten or belittle people on a personal level.  Even in disagreement we can conduct ourselves civilly.  Beyond that, however, this position would seem to rest upon the assumption that animals have rights.  I suspect hypocrisy by most who criticize big game hunting, unless they are vegan.  If you eat meat, then you are on dicey ground with this assumption.

I do not as a matter of philosophy think that animals have rights.  I primarily hold this view because animals cannot reciprocate.  I mean, if Leo the lion will respect my right to life while walking in the jungle, I will gladly reciprocate, but I doubt he will.  This approach is also known as contractarianism, which holds that since animals cannot enter into reciprocal contracts with humans, they do not possess such rights.  This is a very Kantian position as can be found here.  I would further agree with Kant that while animals do not have rights, we do not have the right to do anything at all to animals, like torture and abuse.  We don’t, not because of animal rights but because these things are bad for humans.  This is why, unless you make a case that big game hunting is per se torture then you are either a vegan or inconsistent.

Most of those objecting to big game hunting are in fact meat eaters and don’t give a hoot about how their food is killed and processed before it makes it onto their plate.  So, what is their objection?  It seems to be that elephants are not to be hunted but cows slaughtered simply because elephants are cooler looking than cows. Ascribing greater rights based on looks is arbitrary (and philosophy doesn’t look kindly on arbitrariness) or it takes us down a dark, dank, please excuse me…rabbit hole.  It would be raising body shaming to a moral principle. So, it appears we can dismiss most of these complaints as posturing.  Additionally, we don’t need to consider veganism as Christians as it is clear that Jesus was not one.  He did, after all have shore lunch with the boys after the Resurrection.

Is there, though some middle ground we can occupy?  As I said at the beginning, I find these images distasteful and would like to see animals I think are cool not on the endangered list.  The answer is, as always right in front of us and it comports with the right way to treat people. If we free up our society, we will see better outcomes.  This is true regarding the environment and animal populations as well.  What we need here are actual markets in both the land and animals.  Currently we have an enormous tragedy of the commons, in which most rangeland is owned by the government so all users have no incentive to maintain the capital value of either the land or resources in or on that land, including animals.

Take for instance the ban on the ivory trade.  This prohibition (like all prohibitions) creates a black market.  Combine this with common ownership of the resources and you see elephants hunted to near extinction in pursuit of the ivory.  If both the land and the elephants were owned by private resources (this means NO government involvement) then there is a built-in incentive to make sure you do not diminish your assets to the point of bankruptcy.

This same phenomenon holds true regarding big game hunting.  If private entrepreneurs owned the land and the hunting rights, then they have an incentive to manage the hunting to the point that the revenue stream is sustainable.  That is to say, they will not allow hunting to extinction.  It will seem counterintuitive to statists but allowing the free trade in these banned and overly regulated activities within a secure property rights framework will produce more of these animals not less. Let’s go back to the cows for a moment. Every cow in the world is clearly owned by someone and this commodity is freely and legally traded and we never worry about running out of burger.  This is not a coincidence.    A fuller look at free market environmentalism can be found here.

This will not placate the vegans, who are on shaky philosophical ground to begin with but who are at least consistent.  It may, however, offer an acceptable compromise to the less consistent opponents of big game hunting.  We can have both more big-game hunting, ivory products and more of the animals that we enjoy viewing and protecting.  All we need to do is return to the tried and true practice of allowing the greatest scope for human freedom and cooperation.  We just might find this is a good outcome not simply for humans but animals as well.