Labor Day? How About Capital Day? 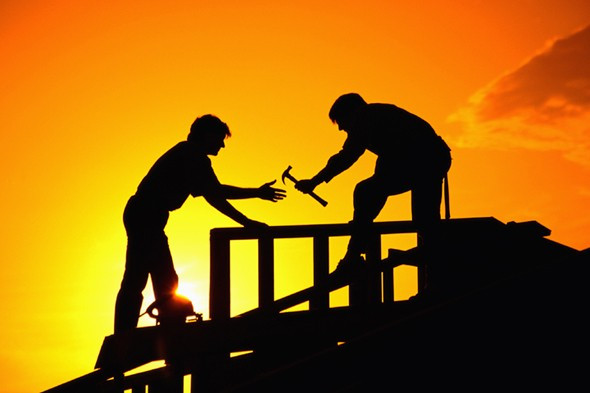 No I am not suggesting that it is inappropriate to honor labor.  There is nobility in any honest work.  As Christians, we should realize that work is not a punishment.  Work is not a result of the Fall.  Even in the Garden man had a job.  Work is a source of dignity as well as the only means by which humanity can provide for its material needs. Work for lack of a better term is cool.   We should also realize that most of us are workers.  Even highly compensated professionals and management fall under the economic function of labor.

What then makes labor possible?  Initially our brawn, simple manual effort.  As we know from history that does not get us far by way of a standard of living.  To raise humanity’s condition labor needs to be more productive.  In fact, increased productivity is the only means by which humanity can increase its standard of living and become materially wealthier.  As a species, we can only consume what we produce, so we must produce more to become wealthier, that is raise our level of productivity.  We must produce more with the same or less effort to do this.  How then, given the same 168 hours in a week and humanity’s physical abilities capped can we produce more?

So, where does the capital come from?  Savings, that’s where.  We must defer some of our consumption to build tools that will allow us to produce more later.  The foundation, then, of all material wealth is savings. This contrasts with modern “thinking” which says that debt, government stimulus and made up money are the way to wealth.  Debt which is backed by real savings is not inappropriate or inefficient.  It certainly has a place in a free economy.  Debt backed by made up money is damaging to the economy.  To create money out of thin air and expect an increase in wealth is beyond reason.  As an example, say you had a house.  That is a real asset.  Title to this real asset can be exchanged in the marketplace.  You do not create ten times the assets by printing up ten additional titles, you still only have the one asset.  All you do is debauch your money and create artificial booms and busts.  Government stimulus is also a dead end as the wealth spent by the government must come from previously produced wealth.  The process of doing this retards the production of wealth in the first place and miss-allocates it in the second.  See Economics in One Lesson, especially chapters 4-6.

So, as we can logically see the wellsprings of wealth come from savings which produces more and better tools which allow us to produce more and therefore consume more.  How is this process best facilitated?  Not surprisingly, I am taking the position that an unhampered marketplace is the best facilitator of this process.  Again, simple logic is our best guide.  Who would we think can do this better?  A profit-seeking entrepreneur or a vote-seeking politician? The political process will invariably miss-allocate resources and waste capital (tools).  It’s not that profit seekers never make mistakes and lose capital but they pay a marketplace penalty when this happens, unlike politicians and bureaucrats.

This free market process has the added moral advantage of being the only process that does not depend upon violence, fraud and coercion.  It is about voluntary cooperation and consensual win-win scenarios.  This is Gospel consistent and, not coincidentally, practical.

What about the claim of those, especially on the Left that the owners of capital abuse and exploit labor?  This makes little sense.  The standard Marx inspired claim is that capital gets a higher price when it completes the transaction than labor.  That is, the value of the labor output is less than that which the capitalist receives, the difference being “exploitation”.  The explanation for this lies in the notion of time preference.  Simply put, time preference is the innate desire of people to consume now rather than later.  If we agree to consume later then we must have something more to convince us to wait.  This is called interest or profit.

This phenomenon applies to the labor market as well.  Most of us (me included) want the pay for our work sooner rather than later.  The Capitalist agrees to this in return for the fact that they are willing to wait until later for their payment, profit.  So, it is not “exploitation” but rather an arrangement of time preferences that accounts for the differences in payments.  It is the higher time preference (wanting sooner) of workers that makes them part of the economic class called labor.  A more detailed analysis of this can be found in chapter 4 of The Economics and Ethics of Private Property.

This does not even consider the empirical fact that capital is taking on much more risk than labor and that the failure rate of businesses is high, which means capital subsidizes both labor and consumers.  So, neither capital nor labor are exploiting the other; it is a mutually beneficial and consensually agreed upon arrangement that tends to produce the best outcomes. As for empirical proof of this I offer all recorded history; for an analysis, as to why a socialized economy is not even theoretically possible see Mises’ Socialism.

If we are seeking a political and economic arrangement that is compatible with the Gospel as well as prudent policy, we need look no further than a completely free and unhampered market.  If we truly wish to honor and dignify labor, then unleash capital and place in labor’s hands the tools needed to produce more actual material wealth.