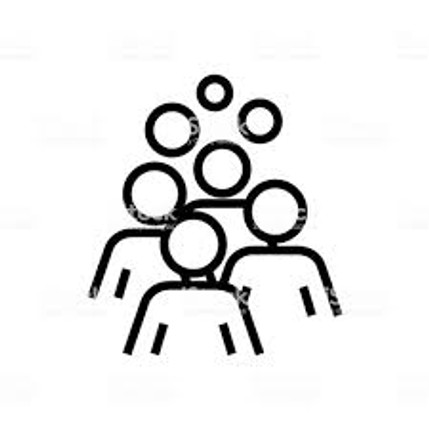 Much controversy has been sparked by the Trump administration’s attempt to add a “citizenship question” to the upcoming 2020 census.  The Supreme Court has ruled against the administration and it appears that Trump has given up on the attempt to use the census to ask people whether or not they are citizens.

The whole episode is an exercise in hypocrisy by all concerned.  It is clear that the administration is seeking to do several things to enhance themselves politically.  One, they are seeking to stir up their anti-immigrant base by focusing on this issue. Two, they are seeking to limit the number of people counted in what are mostly Democratic party majority states and House districts in order to help the Republicans gain more seats in the House. They hope that immigrants will be too fearful to respond to the census at all, thereby depressing their totals.

Democrats for their part want the opposite.  They don’t care who gets counted as long as the census is counting people who are likely to vote Democratic.  Does anyone really believe that if this group of people were likely to vote Republican that the Democrats would be so up in arms?  In fact, they have not spoken at all about the need to make the census more accurate generally, only that it should go out of the way to include those who are immigrants.  In terms of sheer numbers there are more whites in the underclass who stand a good chance of not being counted than there are minority immigrants.  Such is the game of politics.

So, what should we make of all this?  First, it seems that the Supreme Court got to the correct answer but by an odd and ultimately problematic route. It ruled that the administration could not include this question mostly because their “intent” was not honest. There was ample evidence that politics was openly discussed as the main motivator for including this question on the census.  That is to say, if they had less political motivations then the court would have allowed the question on the census.  This opens up a pandora’s box for future court decisions involving just about every executive branch action.  It seems that Justice Thomas was correct in stating that either the action comports with the constitution or it does not, motivations are irrelevant.

That being said, if one looks at the plain language of the constitution it would appear that there is not sanction for a citizenship question: Article I Section 3 “[Representatives and direct Taxes shall be apportioned among the several States which may be included within this Union, according to their respective Numbers, which shall be determined by adding to the whole Number of free Persons, including those bound to Service for a Term of Years, and excluding Indians not taxed, three fifths of all other Persons.] The actual Enumeration shall be made within three Years after the first Meeting of the Congress of the United States, and within every subsequent Term of ten Years, in such Manner as they shall by Law direct.” The bracketed parts having been changed by the 14thand 16thamendments.  The relevant part of the 14thAmendment (Section 2) is as follows: “Representatives shall be apportioned among the several States according to their respective numbers, counting the whole number of persons in each State, excluding Indians not taxed.”  This simply mandates a headcount of all persons, regardless of whether they are citizens.

True enough, there has been in the past such a citizenship question but a lot of things the government has and continues to do find no sanction in the plain language of the constitution.  Which is the main takeaway from all of this.  The distortion of the constitution has followed along with the generalized growth of government into all areas of our lives.  The more powerful a government, the more detailed information they demand from the citizenry.  Much of this information is needed to parcel out the ill-gotten gains of taxation to waiting constituencies, which is one reason the debate is so rancorous.  The economist Murray Rothbard wrote about the rather nefarious use of such statistics generally and how they only serve the purpose of government control and do little but add costs to the society.

The statist will here object and point to all the marketing data produced by the census and other coercively obtained information the government collects.  Rothbard was dubious but there may in fact be a market purpose for tranches of “big data” that can help businesses. Whomever is correct in this argument it seems clear that the market should determine the need for and the provision of such information.  If indeed there is a demand for such meta data or granular data for that matter, then the market will supply it.  There is no earthly reason why the taxpayers should be forced to supply corporate America with subsidized market data.  This, not what we all voluntarily vomit forth onto social media, is the true invasion of privacy scandal in this nation.

I am not a particular fan of the constitution as it always allowed for too much government to operate on behalf of the elite and it has demonstrably failed to limit the size and scope of government.  That being said, I would count it as progress if we stuffed the government back into the confines of the constitution as it was originally interpreted.  To that end the prudent and just course is that we push for a return to a simple headcount and leave it at that.  If knowledge (information) is power, then giving the government as little of it as possible would seem a good step in reducing their control of our society.