Jesus Lays it All Out 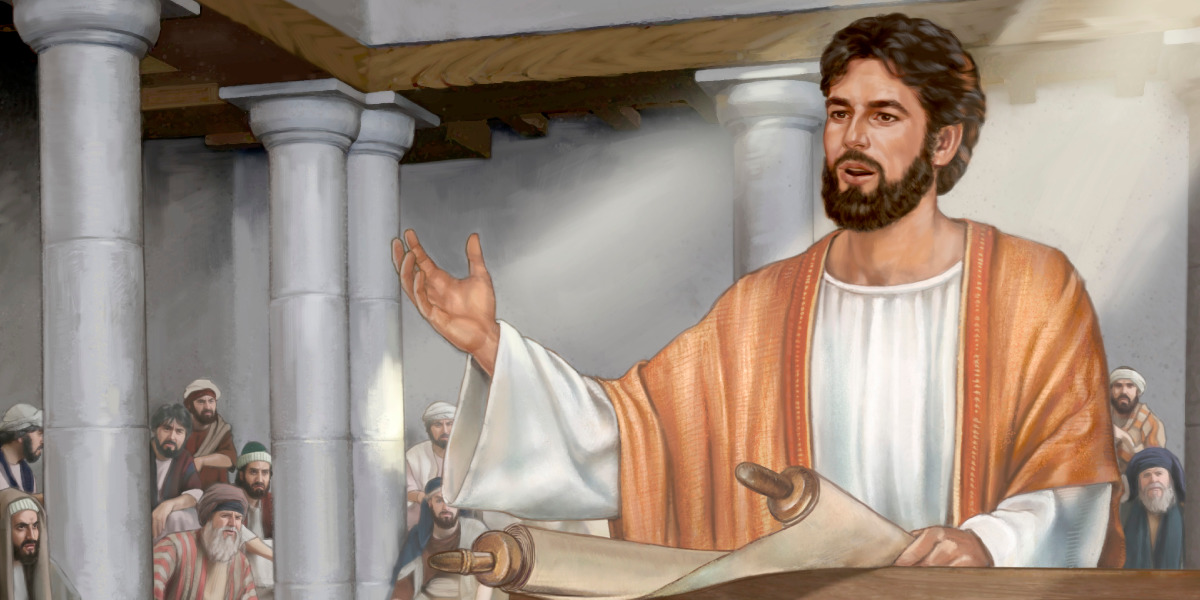 This week’s Gospel text is Luke 4:14-21. This is the passage that sees Jesus deliver His first sermon. He is fresh off His encounter with Satan in the desert and ready to state His agenda. I am never quite sure if the attendees in the synagogue were expecting an oration from this man from Nazareth or if they were just expecting a lector like reading of that week’s text. I know it would surprise my fellow congregants if I suddenly began to comment on a reading that I delivered.

In any event, Jesus delivers His first message publicly. He is outlining a bold agenda for His earthly ministry, as well as offering a serious challenge to the status quo. It strikes me that this message can and should be read on two levels, the eschatological and the earthly. I am generally not keen on dividing up God’s Creation like this. It seems to me that Jesus asks for God’s will to be done on earth as it is in heaven and thus, He is seeking to obliterate the distinction between the two realms.

That said, it is helpful to view this text with an eternal lens and a more down to earth lens. The first lens helps us discover what Jesus is offering by way of eternal grace upon grace, and the second lens points toward a way of responding to God’s gift of grace. All that Jesus references is tied together in verse 21 “’Today this scripture has been fulfilled in your hearing’”. This is the stunning and controversial part of Jesus message, that He is claiming for Himself the role of Messiah.

Let’s start with the first lens and view the text, and what I suggest it is saying to us. In verse 17 “the scroll of the prophet Isaiah was given to him”. He then reads:

The Spirit of the Lord is upon me, [I am the One, the Messiah]

because he has anointed me [My authority is from God Himself] to bring good news to the poor. [in spirit]

He has sent me to proclaim release to the captives [of sin and death] and recovery of sight to the blind, [of those who cannot see God] to let the oppressed go free, [from capture by Satan]

to proclaim the year of the Lord’s favor [referencing a Jubilee year, (every 50

complete reversal of all we think we know about power and value].

All of this points to the eternal gifts God is offering us through His son Jesus. An elimination of all that stands between us and our heavenly Father. An elimination of the fear of death and the condemnation of sin and a reversal of all that a fallen humanity thinks about power. Of course, all we need to grasp this gift is our faith. We do not need to do anything, simply BE…lieve.

We then can turn to how do we respond to this incredible gift of grace upon grace and eternal joy with God. Looking at the text in this light will necessarily produce a divergence of opinion among people of good faith. I discussed this here and here. This takes us into the realm of applying God’s perspective on social and political issues. This is where a variety of backgrounds and perspectives and personalities will produce differing conclusions. None of this should produce division as I outlined in the two previous pieces cited.

My take is just that, mine. Agree or disagree it does not put anyone’s faith at risk. I offer it because I am convicted that one part of our response to God’s gift is to apply it as best we know how to the world we are in. We do this to further the inbreaking of God’s Kingdom here on earth. A conversation about how and why we disagree will only make us a stronger, more well informed, and better appreciated community.

I would suggest looking at Jesus’ words and thinking about it this way:

The Spirit of the Lord is upon me, [look to me in ALL things, even on earth] because he has anointed me [God has sent me to make you think about these

issues] to bring good news to the poor. [the poor are to be considered first, as they are

ALL God’s children from the violent damaging effects of power] and recovery of sight to the blind, [to help the newly freed see that there is hope

in this world] to let the oppressed go free, [to break the bonds of human enslavement and

entrapment] to proclaim the year of the Lord’s favour. [to turn over the power structure by

Socialists can keep making the same arguments over and over but whenever we see the growth of government innocent people die and the average person gets poorer. We have seen this all through history. Give anyone the power of the gun and they will abuse it. Only in a world of limited or no government can we hope to give all glory to God and to live as best we can the way He taught us, loving Him and our neighbor.

Of course, there are many well intentioned people who will vehemently disagree with me. That, as I said is healthy. I would, however, suggest that if they do disagree and wish for a powerful government ala the Social Gospel ethic, then they have a twofold task, considering history.

One, they need to explain how a new acceleration of governmental power will not devolve into authoritarianism, as it always has. We are already seeing the effects of the mad scramble for an ever increasingly powerful government among Team Red and Team Blue.

Two, they need to explain how they expect such a regime to allow for the creation of enough material wealth to be created to lift those who are impoverished and give then real hope for a better future. Specifically they must solve the socialist calculation problem posed over one hundred years ago by Ludwig von Mises (spoiler: they can’t).

The clear answer for me is voluntary cooperation in a consensual society. This treats all as we would wish to be treated and creates the best hope of a peaceful, prosperous world where the least of these stand a fighting chance.

That is my strong suggestion for how we should respond to God’s amazing gift. I am happy to engage all well-meaning, faithful naysayers and have a robust, and civil conversation. What cannot be gainsaid is the truth that our faith has set us free and has made us confident in our salvation. So confident that we can joyfully get about the business of seeing how we might make this a better planet earth for the least of these His children.