It’s About The Power 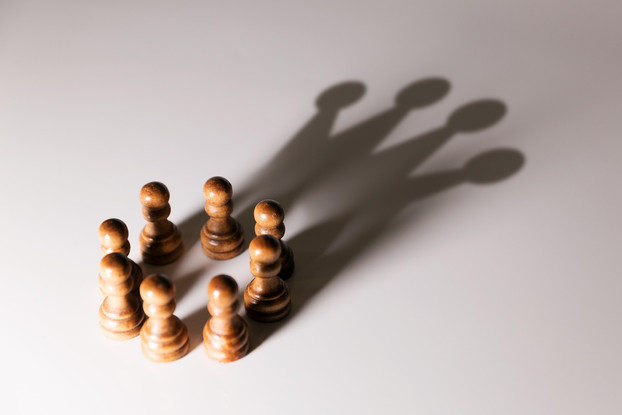 The images emanating from the southern border are appalling and enraging.  The separation of families, caging of children and doing so in such a substandard way is nothing short of disgusting.  It is clear by his tweet that Donald Trump and his administration mean for these vile conditions to act as a deterrent to migrants entering the United States.

My purpose here is not to dive deeply into the arguments for letting migrants and asylees into the United States, I have dealt with this issue here, here and here.  To recap, it is unacceptable to deny people the right to go where they are invited. The government does not own the country, so they do not get to make that decision.  There are numerous groups; religious, philanthropic, ethnic and employer based who would be more than happy to help immigrants get set up and become productive members of our society.  No one needs to ask for tax dollars for this but it is worth remembering about the truth regarding immigrants and taxes.

It should go without saying that to further degrade the rights and dignities of any of God’s children by caging them like animals and separating families is nothing short of horrific and no one should allow anyone, let alone a self-identified Christian to justify this; by recourse to “it’s the law” or any other feckless excuse. The Gospel simply won’t allow us to treat people in this manner…period.

However, the point I wish to focus on here is the ridiculous phenomenon of people being shocked that this is going on.  It’s a lot like when the corrupt French policeman in the movie Casablanca is shocked to discover gambling going on in a café he himself frequents.  Why at this late date is anyone surprised that this is the kind of thing government does? Are people really still that naïve? This is the kind of thing that governments do on a regular basis.  This isn’t something that governments do when they “go too far” or when they “lose their way”.  No, No. No. This kind of activity is the sine qua non of government.

To those who think that this is some sort of aberration I would offer into evidence, All of Recorded History.  To be ignorant of the excremental record of government over the millennia is ignorance risen to the level of the immoral.  It is simply not intellectually acceptable to hold this position in the clear face of contrary historical evidence.  I mean Bill and Ted put together a better history report than one driven by this shallow set of beliefs.

It’s not like we need to look far to see clear contrary evidence.  A brief look at the United States government will do.  The enslavement of Africans, the eradication of native-Americans, the building of an empire, the carpet bombing of Germany and Japan, the internment of Japanese-American citizens for starters.  This doesn’t even begin to cover the mundane everyday corruption and lining of the pockets of the powerful that cause so much misery.  Every government that has ever existed has ended up committing these kinds of crimes.  Yes, even a tiny government like Belgium’s went down this road as witnessed by the millions of deaths they were responsible for in the Congo, many in horrific fashion. If a punk ass country like Belgium can commit such horrors think of what “great” nations do throughout the course of their history.

It has always been thus, in U.S. history as well as the rest of the world.  To exceptionalize Trump is to normalize the 44 previous criminals who held that job.  Yes, the Trump driven pictures from the southern border are awful, so were the Obama driven pictures of his war crime in Libya in 2011 or the Bush driven images from his war crime in Iraq in 2003 and on and on and on it goes.  We may dismiss those who complain that Trump is some sort of unique moral horror as uselessly partisan and historically ignorant.

The logical conclusion from sound political theory as well as a study of history is that it is not about who holds the power that is the key to protecting human rights but about eliminating the power itself.  Reverse the assumptions and the logical conclusion becomes; truly safeguard our rights and dignities by working to eliminate government.