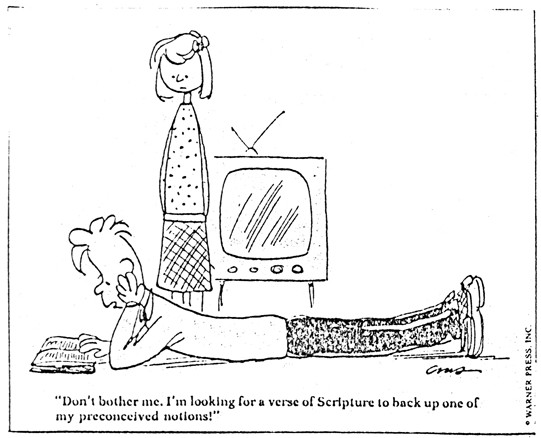 In the furor over the impeachment of Donald Trump many words have been spoken about the need to protect the constitution. This is always accompanied with deep reverent tones and a heightened “seriousness” to the discussion. This is, of course nonsense. I have already aired my views about the impeachment itself. It is, however, worth some time to think about the veneration and “protection” of sacred documents.

There is no question that the constitution is held sacred. It is the founding document of the U.S. regime, obeisance to which, is demanded by all those who idolatrously worship the state. There are many in the Christian community who seem to act like Jesus Himself wrote the document. It is routinely heralded as the highest evolution of practical political thought and is proof of the genius of the founding fathers. The fact of the matter is that this and in fact every other such political document is irrelevant.

The reason why these documents are irrelevant is that they are only as good as the manner in which they are implemented. Consider that the language of the U.S. constitution has remained largely unchanged since 1789. Yes, there have been amendments and some changes, but the core functions of the federal government and the language used to describe these functions have not changed at all. Yet, as even a cursory review will show, the size, scope and power of the federal government has grown dramatically. The reason for this is that the ideas about what a government should do have dramatically changed, therefore the interpretation changed. This changed interpretation shows that the document itself is irrelevant.

The only relevancy is that if a document is so rigid, it cannot be reinterpreted, then it will be scrapped. This was, in fact, the case with the Articles of Confederation that predated the U.S. constitution. This document so hamstrung the federal government (they could not even levy a tax on their own!) that the founders chucked it and started again. If the constitution was so rigid in its language, it too would have been chucked. Obviously, I am a greater fan of a document like the Articles that severely restricts the government than one that is loosely written like the current U.S. constitution.

That being said, the U.S. constitution did pretty well at limiting the power of the government. The obvious exceptions to this regarding human rights was African slavery and treatment of Native Americans. The economic exceptions to this were internal improvements (infrastructure in today’s parlance) and the tariff. Still the limitations put upon the U.S. government were notable and real. The results speak volumes about the power of a free market. The 19th century saw the greatest rise in real wages and the greatest increase in produced good in the history of ever. Even after the U.S. Civil War rearranged (and perverted) the relationship of the federal government to the states and individual citizens, the power of the government stayed remarkably small until the advent of the First World War.

All of this is because those who wrote the document and those who implemented it were broadly of the belief that government should be small. We know that this is the case because that is exactly what they did and the type of government they set up; it is also the plain language of the text. This reflected the ideas that were current at that time and for some time after the revolutionary era. They may have needed a document to set up the particulars of the government, but they scarcely needed one to limit that government, as that is what they intended to do all along. In fact, the only argument about the constitution was whether or not it would adequately limit the power of the government. In the end the document did not but that is not the document’s fault, it never can be the case. It is the fault of the changing ideas of those charged with implementing and running the government.

As time went on, in the U.S. as elsewhere, the notion came about that the government should be a great deal more powerful and so a reinterpretation of the constitution took place which changed the government, operating under the same language from the one that existed in 1790 to the one that exists today. As I stated at the outset; the text is irrelevant. Obviously, I think that the proper size of government is small, as in zero or as small as you can get it. I take this position from the standpoint of practicality as well as a matter of applied faith and this carries the day regardless of any text.

This brings us to the other text that is largely irrelevant; Scripture. Now I don’t mean to say that it has no value, I am deeply committed to the idea that this contains all that God wants to say to us. It is not itself the Good News (that He has Risen) but it is the receptacle into which the Good News has been placed. Scripture can, if we allow it, tell us how God has come to us and how He wants us to treat one another. Yes, reasonable people can differ about what some of these things mean, as they can with the constitution but, we know clearly what kind of life Jesus lived and what kind of life He calls us to. It is a call, which if answered, changes us as much as when Simon became Peter or Saul became Paul.

Yet, if we don’t love everyone, even our enemies the way Jesus teaches and embrace the plain message He delivers in Scripture, then the Book is irrelevant. Just as we know for sure what type of government was meant by the framers of the U.S. constitution, we know what kind of life Jesus wants for us (by simply looking at the kind of life He lived). Unfortunately, too many take advantage of the fact that it is often difficult to parse out the meaning of parts of Scripture given their age and the fact that it was written in a completely different culture. The fact remains, however, if the call of God upon our lives has not penetrated our very being, then the text is irrelevant. It becomes simply an historical curiosity, worthy of study, perhaps but not emulation. It also becomes much easier to cease to emulate Jesus Himself as our lodestar.

It should be pointed out that there are many ways to experience the call of God than reading texts. The witness of someone sacrificing for another, committing acts of unconditional love, drinking in the beauty of God’s creation are all ways, many times, more powerful ways of hearing the call of God. Too often Scripture becomes a means of avoiding the difficult path Jesus lays out for us.

It is worth noting that for many, the text is irrelevant because they do not need to deeply understand the Scripture, they simply believe and act on it. I am in awe of the depth and power of the faith of these people. I have to dive deeply into the meaning and piece it all together, that is how I process my faith, but these wonderful souls are such an uplifting example of deep abiding belief.

This however, is how all sorts of things get done “in the name of God” that He would have nothing to do with. Murder on an industrial scale; building walls to keep out the stranger; the use of force by the powerful to steal from the powerless and on an on. That these things go on would not surprise Jesus, they went on in His day. That they go on under the banner of the Cross and with the supposed justification of Scripture would surely cause Jesus to weep as He did over Jerusalem. Scriptural hypocrisy, though, would not be new to Jesus either. If you don’t believe, then you will not obey no matter what the book plainly says. If you don’t believe in limited government then you will interpret any governing document to justify your desire for power. Likewise, if you do not believe in loving one another the way God loves us then you will distort the text in a fit of “reinterpretation”. In the end, it’s not what’s in the text that truly matters, it’s what’s in our hearts that will bring us to God.