In the Name of Peace, Reject Trumiden 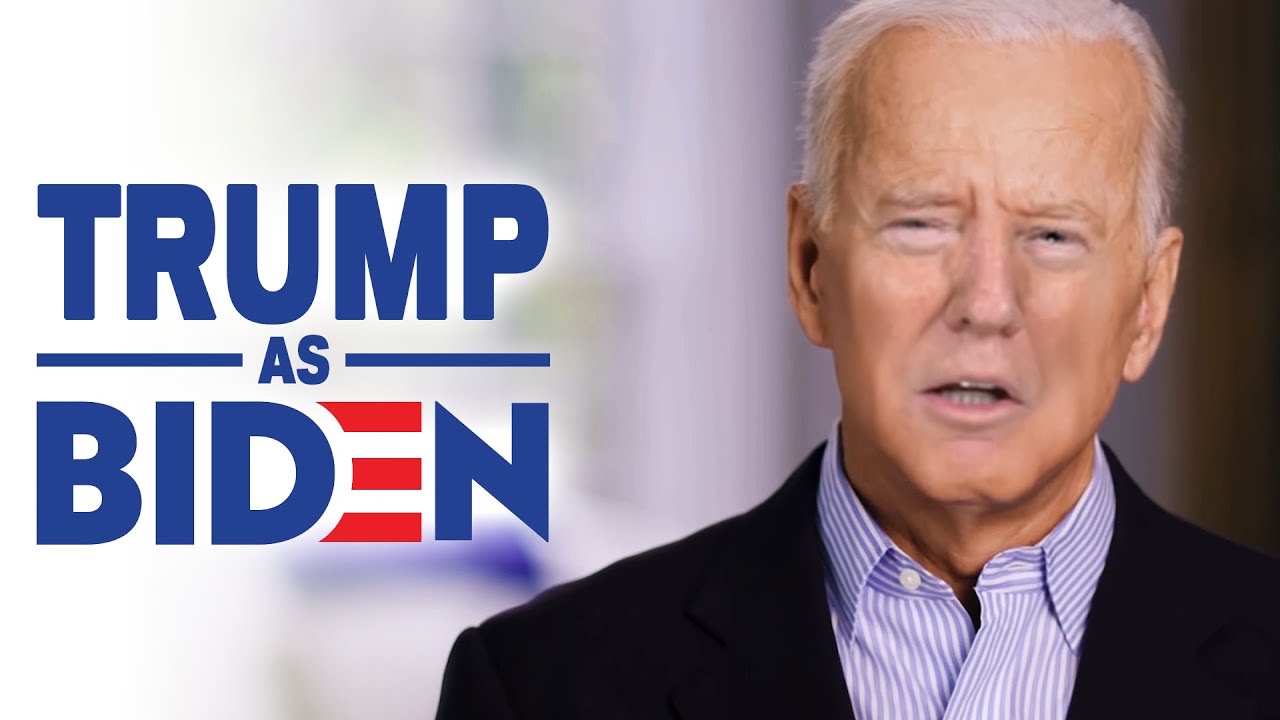 By my count this is the 57th. straight presidential election that is THE MOST IMPORTANT ELECTION EVER. We must add the usual addendum…THIS TIME IT REALLY IS!!! Let’s set aside the usual hyperbole and face some facts. Voting is statistically useless. The odds of influencing a presidential election are virtually nil. This is even more so if you reside in a solidly blue or red state, as these states electoral votes are all but decided. This statistical irrelevancy extends, however, even to down ballot races. Take a county commissioner race that may generate only 5000 votes total. One vote in 5000 equals .0002 percent. Like I said, irrelevant.

Now I am not saying not to vote. Far be it for me, a Christian, pacifist, anarcho-capitalist to tell you not to tilt at windmills. There is something to be said for making a statement about what you believe, even if at the present time it will have no impact. There may be many perfectly valid reasons to vote; sense of civic duty or community involvement. Perhaps you use voting to signal your beliefs and give witness to them. All of this is well and good. Personally, I practice what I call Defensive Democracy. I vote against all bond issues, against any expansions of government programs, against the retention of all sitting judges and generally for or against anything that will slow down or gum up the workings of the government. On the positive side I will vote in favor of all extensions of liberty even if they don’t go far enough. All of this is just as statistically irrelevant as any other voting, but it signals to others what it is you believe and every once in a while, you end up on the winning side.

It is important, however, to be clear on what it is you believe and to not compromise. This certainly applies to our Christian faith. A faith that must be reflected in how we vote, as in any other sphere of our lives, if it is to have any meaning at all. There are solid reasons why we should first look at any candidate’s stance on issues of war and peace. I discussed this here. The main point is that war is final, and the killing of humans cannot be reversed on this earth. We can set aside domestic policy differences even when we disagree deeply. No matter how egregiously awful a domestic policy is, we can stop it and allow people to move forward living their lives on their own terms. This cannot happen if they have been murdered. We can also make a cogent argument that such a peace policy is practical.

So, it would seem that a minimum hurdle for any candidate to clear would be to not participate in or advocate for the slaughter of other human beings. This should not be a high hurdle, but it apparently is, because very few in either major party have managed to in fact clear it. There seems to me no way to reconcile support for any candidate that cannot abstain from the slaughter of other human beings. We can quickly dispense with three of the common objections to failing to support one of the two major candidates.

The first of these is the “you can’t complain if you don’t vote” argument. This is patent nonsense as George Carlin humorously pointed out some time ago. As Carlin points out, we have produced these candidates and if the best we can do are two vipers like Trump or Biden then it is the public’s fault. Voting for one of these two candidates only perpetuates a legitimacy to the entire process and makes those who vote for either major candidate a party to the crimes subsequently committed. This is an argument for not voting at all but at the least it is an argument for voting for a real alternative.

The second, related objection is the “you wasted your vote” nonsense. If you talk to a Republican, they will tell you that voting third party helps the Democrats, and a Democrat will tell you the opposite. Only those who have a partisan dog in this fight can make this argument. However, if you have a right to vote then you have a right to vote the way you choose. Since we have already established that impact is not a rational reason to vote then what difference does it make anyway? In any event, it is a matter of free expression and free choice. So, the proper response when confronted with this argument is to tell the person making it to go pound sand.

The third most common argument is the most dangerous. It is a cynical, nihilistic “you must choose the lesser of two evils” argument. The practical effect of this, as well as the two preceding arguments is to rationalize keeping the two major parties in power. However, the moral implication of this takes us down a road of compromising our beliefs in a way that is not consistent with our proclainmed faith or from what our Lord and Savior Jesus Christ taught us. Now, math was never a strong suit and I possess but a humble liberal arts degree in history but by my calculations the lesser of two evils equals evil. I am pretty sure that the Bible tells us “fuck evil” (using Cleary’s Dynamic Bible Translation). We are never to compromise our faith in God through Christ in anything we do. This is especially true in something as non-risky as not voting for murderers. Jesus always counsels to never surrender to evil.

There are, however, many good faithful people that sincerely think that they are making a morally correct choice by voting for one of the two major candidates. This focus is mostly on domestic policy, which we have set aside for the moment. Yet when looking at the minimum standard of not slaughtering other human beings we can easily see that there is NO moral difference between either Trump or Biden (in reality there is no moral difference in their domestic policies either, as they are both thieves). Donald Trump currently presides over a war making machine that spans the globe. He has intensified the drone war, killing thousands of innocents, continued support for oppressive regimes including the apartheid government in Jerusalem. In short he has engaged in the usual excremental continuity of a sinful U.S. empire.

Joe Biden for his part has been deeply involved and supportive of most of the significant war crimes the United States has committed during his baleful Senate career. True enough he did vote against the first Iraq war in 1991. That solid vote was erased by his support for the NATO bombing campaign in Serbia in 1999, the invasion of Afghanistan in 2001, the vote for the Iraq invasion in 2003, his support for the Obama Administration’s Libyan regime change in 2011, the drone war, and the extrajudicial murder of a U.S. citizen and his 16 year old son. On top of this Biden has been a strong supporter of Israeli policy in the Mideast as well as a strong proponent of U.S. military and diplomatic support for odious regimes around the globe. In short Biden has supported policies that have resulted in the murder of hundreds of thousands of innocent people and oppressed many more than that. He like Trump is demonstrably guilty of crimes against humanity.

Given the open, in fact, proud support both these men have for their war record it boggles the imagination as to why any Christian could support either of these two murderers. We need look to no other policy that could possibly justify a vote for them. If you cannot clear the low, low hurdle of not killing scores of people, their agreement with you on any other policy fades into insignificance. We simply cannot be embracing the Gospel as Jesus gave it to us by supporting either Trump or Biden. It is beyond distressing that good, faithful people have become so confused by the hatred that our political system both creates and runs on that they would forget whom it is that they serve…The Prince of Peace.

If you cannot leave the presidential slot empty, then prayerfully consider a third-party candidate. This has the same statistical relevance that any vote does but it at least shows people that there is an alternative; that we do not have to be bound by the false choice of one of two equally vile candidates. It also has the advantage of avoiding being an accessory to crimes which for the Christian should be far beyond the pale. Choice peace please!