How About Freedom & Independence? 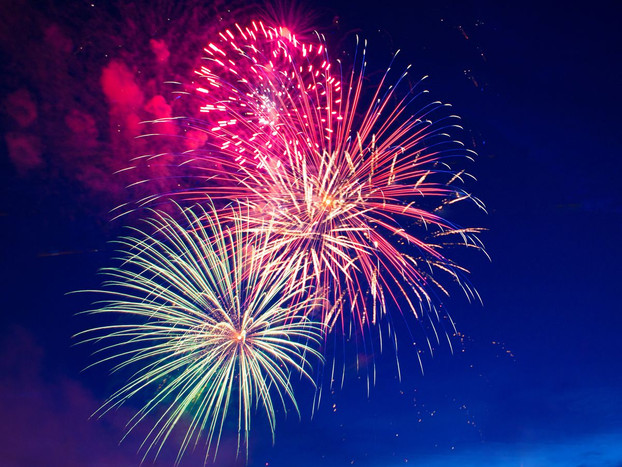 The holiday is officially Independence Day and that is accurate.  That is what Americans are actually celebrating.  The underlying assumption, however, is that this is the same thing as being free.  A cursory look around the globe should disabuse us of this idea.  Venezuela, North Korea, Zaire, Iran are all independent. None of them are free.

This nation started out with the hope of being both independent and free  The founding document, The Declaration of Independence, stands as one of the most radical political documents in history. Especially as the side that produced it actually won.  It is not an anarchist or pacifist document, to be sure.  Nonetheless it proposes a regime of extensive freedom for the individual based on the notion that our rights are inherently ours as given to us by God.

It is certainly true that these rights were not extended to blacks, native-Americans or women.  Yet we should not judge an idea by its less than perfect implementation.  The ideas contained in the Declaration of Independence stand as the boldest and best example of the philosophy of limiting governmental power and providing an extraordinary scope for human freedom. So there was an opportunity after the successful revolution to implement the most radical political idea ever.

Alas, it did not come to be. Yes, the Articles of Confederation was a very decentralized document and should be treated more kindly by history. However, the Articles did not provide enough power to the national government to satisfy the centralizers. The forces of reaction set in quickly after the Revolution and systematically attacked the Articles with the idea of getting them overturned. A brief overview is here.  These forces had concrete reasons, some ideological, some economic, for wanting the Articles overturned and a new regime put in place.  To do this they did not even care that they were not sent to Philadelphia to write a new constitution but to amend the existing Articles of Confederation.  It seems even the constitution is unconstitutional!  Every revolution produces some kind of conservative reaction and the American Revolution was no different as was shown in the masterful historical work by Crane Brinton.  This conservative reaction produced the U.S. Constitution.

This document granted significant new powers to the national government and was much more centralized than the Articles were.  This also cemented the issue of slavery into the Constitution which in retrospect assured it would generate continual conflict.  It also gave the national government the means to enact “internal improvements” (think infrastructure today).  This had the effect of creating sectional interests based upon government largesse.  These interests fueled the sectionalism that helped lead the nation into the Civil War.

Now it is true that compared to today the amount of government enacted under the Constitution was a fraction of what we have today. Nonetheless, this document set the stage for the dramatic growth of governmental power by creating and exacerbating sectional conflict, imbedding the slavery and tariff issues into the national political discourse and creating elastic language, like that of the Commerce Clause, that allowed for a huge rise in governmental activity.

This centralized power exploded during the Civil War, exploded again in the late 19th. Century, exploded larger again during the Progressive Era, WWI, New Deal and WWII.  Each explosion ratcheted up the power of the government and it never was ever reduced to its former level, as Robert Higgs outlined in his Crisis and Leviathan.  This process has continued until we have arrived at our current situation of teetering on the brink of fiscal and monetary implosion in the pursuit of an Empire of Sin.  As this brief overview of the history should make clear, to be independent is not at all the same thing as to be free.  There are those that might argue that we are freer than the countries I mentioned above.  I would respond: since when is Venezuela, North Korea and Iran the standard of acceptable behavior for the United States of America?

So if you find yourself in a parade this week or setting off a few fireworks, there is no harm in that. I would, however, caution God’s people to not conflate the government with God nor independence with freedom. We are called to a much higher standard than that.