Healthcare Rights & Wrongs Part I: How We Got Here 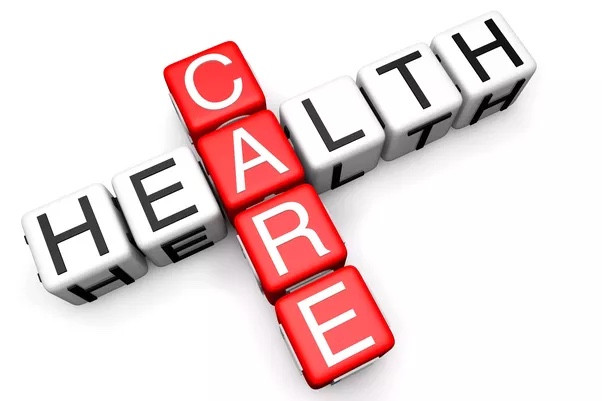 The dictionary defines a right as “a moral or legal entitlement to have or obtain something or to act in a certain way”.  When people speak of a right to healthcare what they really mean is that some individuals have the right to make other individuals pay for their healthcare.  If we view this at an individual level we can see how nonsensical this is.  I cannot walk up to someone on the street and through force or threat of force compel them to pay for my healthcare.  Since moral rights don’t accumulate I cannot hire an agency (government) to do the same thing.  Individuals have the right to keep what they have justly acquired.

If you deny this, what you are really denying is that people have a right to ownership of their own lives.  The right to life is meaningless if you do not have the right to own those things that make your life sustainable and the only way to justly acquire such things is consensually.  So, the healthcare rights we have is to acquire what healthcare we are willing and able to in a just (nonviolent) manner.

There is nothing in the teachings of Jesus that contradicts this.  Yes, we are to do what we can for our neighbors.  This is what striving to tithe is all about as well as doing what we can personally.  Obviously, a joint effort is necessary to provide something as complicated as modern healthcare, or any other modern benefit.  This means supporting a nonviolent environment whereby more goods, of higher quality and lower cost are produced.  This can only be accomplished via a free market.

I know what the good folks on the Left are saying: the market has been tried and found wanting regarding healthcare.  This is a clear-cut case of “market failure”.  So, even if it violates rights, the only practical solution is some sort of government run health plan.  History, however, tells us otherwise.  The systematic violation of individual rights has interfered with society’s ability to pursue healthcare in a just manner.  Continued interference with a voluntary market has crimped the ability of the market to produce better healthcare at a lower cost.

The U.S. has not had a free market in health care for at least 100 years.  We did not end up with our current system all at once, of course.  It occurred like the adage about how to boil a frog; a little bit at a time.  Then before you know it the frog is cooked.  In this case, we are the frog and we are definitely cooked.

It started in 1910 with the publication of the Flexner Report, which made the case that the government should license medical schools.  This report had the backing of the American Medical Association and was completely self-serving in its desire to restrict the supply of doctors and so artificially raise their incomes. It is clear that the supply was more restricted than before the “reforms”.  It is also clear that costs rose rapidly as was outlined in this report.

The government induced boom turned to bust during the Great Depression and the medical industry turned again to government to guarantee its economic position.  This took the form of legislation to enable the rise of the health insurance industry.  Tax-exempt legislation gave rise to the Blue Cross/Blue Shield companies as well as the wartime Stabilization Act of 1942 that made health insurance benefits tax exempt to employees and tax deductible for employers, thus forever tying health care financing to employment and providing a large artificial boost in demand as well as inaugurating the rise of moral hazard.  All this had the predictable effect of causing an increase in prices.

As licensing and educational regulations continued to operate, the artificial restriction of supply combined with the artificial enhancement of demand led to medical costs outpacing inflation for most of the 1950s, giving rise to demands for a government “solution”.  This led to the creation of Medicare and Medicaid in 1965.  The government now formally provided unlimited medical care to a very powerful constituency, the elderly, who also happen to use a crapload of medical services.  Medical prices skyrocketed soon after.  In fact, Medicare expenditures were quadruple what was expected within a few years.

Supply was further restricted when the Nixon Administration began restricting the supply of hospitals via the “certificate of need” process for the construction of new medical facilities.  This gives existing institutions a veto power over newer competitors and preventing more supply from reaching the market, often with tragic consequences.

Decades long interference with the health care marketplace has resulted in an almost complete separation of the patient and the payer, creating incentives to overuse medical services with no concern for cost; has restricted supply of facilities and medical personnel and created structural rigidities in the system that raise prices and reduce quality.  We don’t even have time to discuss what the FDA approval process has done to the price of medicine.

All of this is fiscally unsustainable.  Adjusted for inflation healthcare spending has risen from $1172/person/year to $9544 (8 times) from 1960 and 2014.  Expenses covered directly by patients fell from 48% to 11% between 1960 and 2014.  In that same time expenses covered by the government went from 24% to 49%.  This has put an enormous strain on public finances.  Medicare alone projects a $27 Trillion deficit (over and above all taxes, fees etc.) during the next 75 years.  It has broken the country financially.  These facts can be found here.

Given these facts it makes little sense to do something insane like expand Medicare to all.  If we are $27 trillion in the hole now, imagine what an expansion does to the nation’s fiscal situation, in addition to continuing the systematic violation of individual rights.  We can choose between two models: one immorally violating our rights and producing a post office with stethoscopes or a virtuous model that looks more like Silicon Valley; producing ever greater goods of higher quality at lower cost.  It is how to get from here to there that I will turn to in Part II.